COMMENTARY: Why TV teen dramas are what we need now 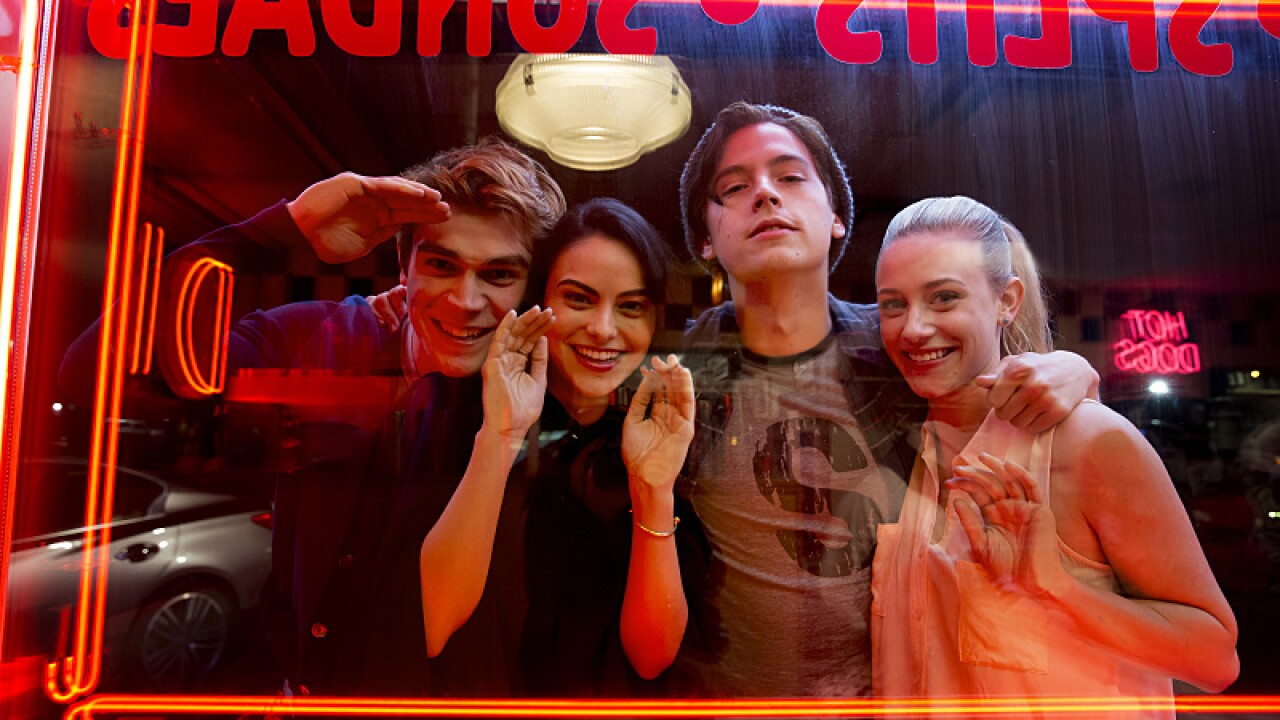 Editor’s note: Lauren Rearick is a freelance arts and culture writer who has written for publications including Reader’s Digest, the Pittsburgh City Paper and Travel + Leisure. The views expressed in this commentary are solely those of the author.

(CNN) — In recent months, the political climate has changed drastically and regardless of your party leanings, the Trump administration has everyone talking.

It’s necessary to remain aware of what’s happening around us, but what about the moments when we need a break? Where can you go when social media becomes a place of contested views and the day’s news seems all too grim?

For me, the answer is found on television.

In my own quest to temporarily avoid whatever ails me — particularly if it’s the day’s new political drama — I find a respite in a particular genre of television: teen dramas.

Every Thursday night lately I find myself a seat at the diner of Pop’s Chock’Lit Shoppe and follow along with the secrets and scandals of “Riverdale.” Airing on the CW, “Riverdale” enlivens the Archie comic series for a 21st century audience. Packing its hour with over-the-top dramatics, noir-style mystery and salacious romance, “Riverdale” holds my attention by inviting me behind the scenes of small-town dramas, even when they get unrealistic.

Television has long been heralded as a place where we can explore lives so unlike our own. Whether discovering the fantastical battles for power in the seven kingdoms of “Game of Thrones” or strapping on a pair of Manolo Blahniks and following four friends as they navigate romance in “Sex in the City,” television is a place where we can be anyone but ourselves.

Teen dramas like “Riverdale” have gradually found their footing, gaining critical acclaim and adoration by fans of all ages around the world. No longer are these dramas meant just for teens.

In 2014, a little-known comedy series called “Jane the Virgin” first aired on the CW, and though viewers were slow to catch on, the show quickly gained recognition, including a Golden Globe nomination for best musical or comedy TV series and a win for its star, Gina Rodriguez. While this CW series was allowed to grow and flourish, previous dramas like “Veronica Mars,” “My So Called Life” and “Freaks and Geeks” were cut all too soon, eventually gaining cult status among future generations via digital streaming services and word of mouth.

At a time when so much of the future seems uncertain and changes in our world loom at every corner, teen dramas like “Riverdale” provide a constant, an assurance that in this one place all will stay the same.

For decades, similar dramas have provided that same comfort. Television series like “Gilmore Girls” allowed fans to grow up with a mother and daughter in the small fictional town of Star’s Hollow, while “Dawson’s Creek” had us cheering for a tight-knit group of friends in the seaside paradise of Capeside. Both series featured a slow unfolding of events and made watching easy, as if every week we were reunited with long-lost friends.

Teen dramas have a tendency to be over the top in their aim to surprise and delight viewers, and that’s what makes them the perfect watching experience. When I watch television, I don’t want the confusion that can often accompany character-driven dramas or the unrealistic antics of so-called reality TV.

I want my television time and my Netflix binging to be a period of solace and mind-numbing ease. For the briefest moment, I want to pretend to live in a town where the only news of the day is whether Veronica Lodge and Archie Andrews really kissed during seven minutes in heaven.

Even when teen dramas capitalize on melodrama, like in the hit series “Pretty Little Liars” or the television adaptation of “Gossip Girl,” their fabricated scenarios and youthful worries are engaging and light. Instead of fretting over what changes may come to my health care, I can forget the world for an hour and test my wit against the “Pretty Little Liars” number-one foe, a digital stalker known only as A.

Maybe as an adult who came of age in an era of bubblegum teen pop stars and millennium anxiety, I should be more invested in the political news everyone else is watching. And maybe I should give up the shows I so loved as a much younger me.

But at a time when we’re always connected to the news around us and everything is moving at the pace of 4G, teen dramas are exactly what I need. I look forward to that one hour each night where I can kick back, turn off my smartphone and pretend to be somewhere else.

I don’t need to be a teenager to enjoy a break from reality, and neither do you.