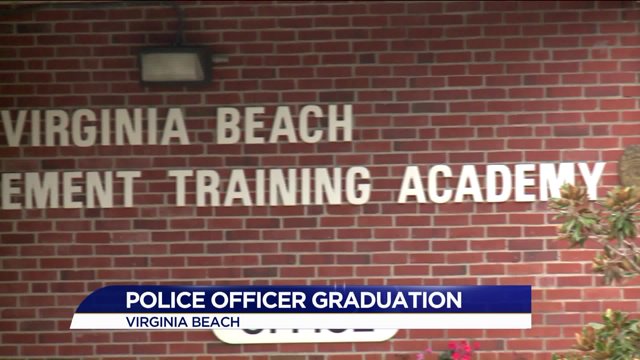 A graduation ceremony was held at the Wyndham Hotel at the Oceanfront on Friday afternoon. The graduates completed 24-weeks of training that included both physical and academic exercises.

Chief Jim Cervera told the group he was glad there are people who want to do the job. "On the other side of that door, it might be someone with a knife, with a gun, maybe a homicide that you're going to walk into, maybe a multiple homicide, but you what you're going to do? You're going to enter," he said. "You know why? Because we're the cops and that's what we do."

In January, the department told News 3 there was a shortage of more than 50 officers. The President of the local Police Benevolent Association, Brian Luciano, said the department was staffed to potentially dangerous levels. "We want to be prioritized at the top, and not an afterthought with what's leftover," he said during an interview with News 3 last month.

The 125th generation of VSP troopers will graduate tomorrow! We're excited to have these 49 men and women join our ranks. pic.twitter.com/aZhrjOzHjd

State Police Troopers also graduated during a ceremony on Friday morning. More than 150 left the department in 2016.

On Friday, nearly 50 joined the force. The new troopers will report to duty on Monday for their final phase of training, according to the department's Facebook page.