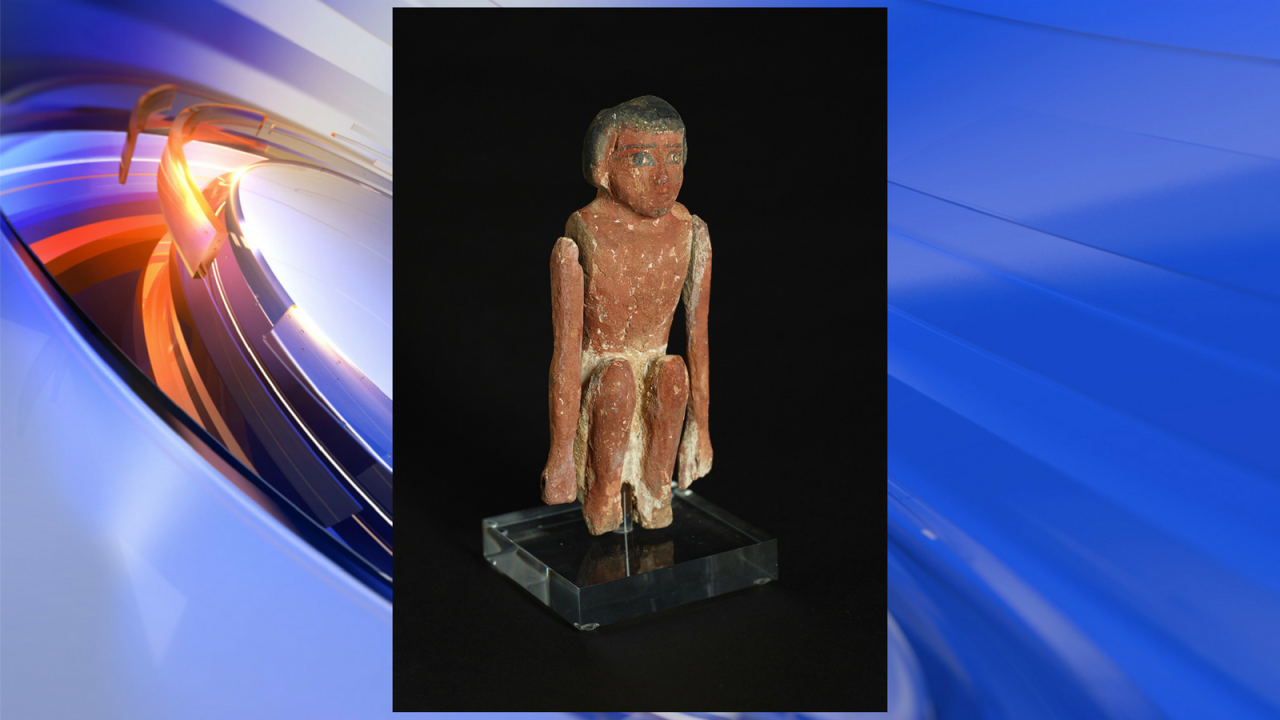 NEWPORT NEWS, Va. – The Mariners’ Museum and Park has received the oldest artifact in the museum’s collection!

The ancient Egyptian artifact dates to the Middle Kingdom period (2040-1802 BC) and is a hand-carved, wooden figure depicting a boatman, a museum spokesperson said.

The boatman is depicted sitting, knees pulled into his body, with long, articulated arms capable of holding an oar.

As one of the oldest maritime cultures in the world, Egypt’s development was primarily centered on the Nile River. The first boats were built around 6,000 BC, and the Egyptians were the first culture in recorded history to employ sails as a method of propulsion.

By the First Dynasty (3399-2900 BC), Egyptian boats got a greater cultural significance, which led to the development of a third river craft called papyriform used for religious pilgrimages and as funerary barges, a museum spokesperson said.

“The acquisition of this delicate, ancient figure helps further the Museum’s mission of preserving the world’s maritime history,” says Jeanne Willoz-Egnor, the Museum’s Director of Collections Management and Curator of Scientific Instruments. “It enables Museum curators and educators to discuss one of the oldest and most important maritime cultures in the world using an original object.”

The object is currently going through the accessioning process. Currently, there are not any specific plans to display the object, but Museum staff hope to use it for several purposes including educational outreach and general research.