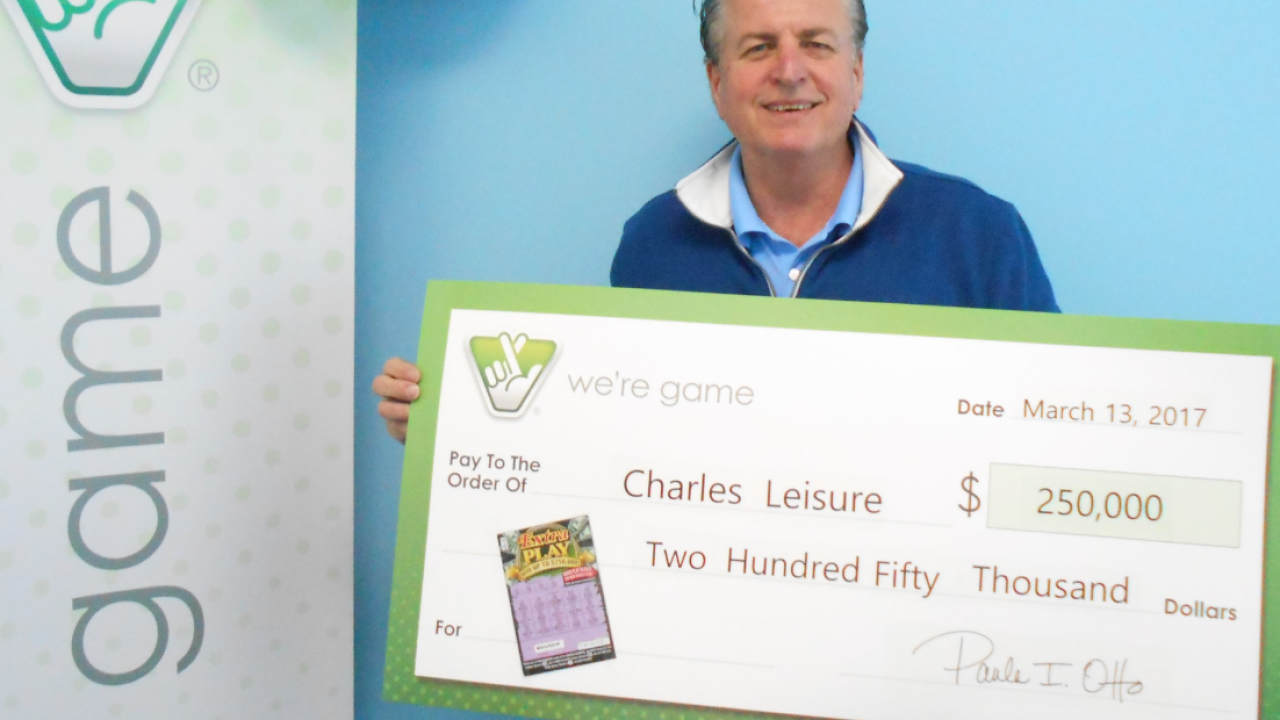 VIRGINIA BEACH, Va. – A Virginia Beach couple has done it again. They won the Virginia Lottery for the second time.

Charles and Janet Leisure were presented with a $1 million check for matching the first five numbers playing Mega Millions in January.

On Thursday the Virginia Lottery announced their second prize.

The couple bought an Extra Play Scratcher ticket at the Rite Aid on Upton Drive. That ticket won them $250,000, the top prize.

Charles said they wanted to get the ticket because it is a new game from the Virginia Lottery, and it paid off!

Extra Play is one of dozens of games offered by the Virginia Lottery. It features prizes ranging from $5 up to $250,000. This is the first top prize claimed in this game. That means six $250,000 tickets remain unclaimed.

When asked to what they attribute their amazing streak of luck, Charles joked that it’s all because of “my wife’s lucky rabbit’s foot she carries around with her,” the Virginia Lottery said.