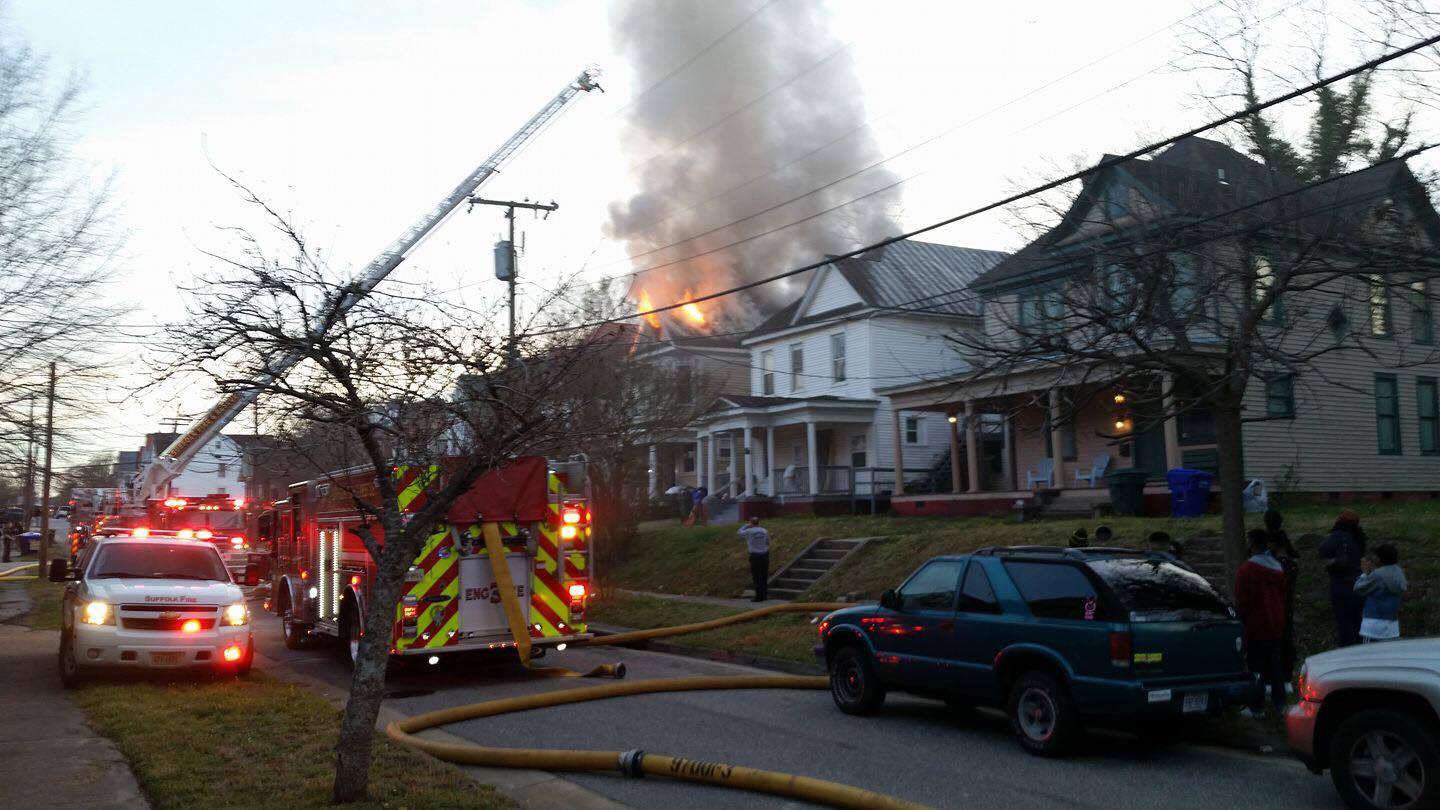 The fire was in the 200 block of Clay Street. Authorities got a call about the fire around 6:30 p.m.

Fire officials said there was a large response from authorities and they found heavy smoke and flames on the second floor of the building extending through the attic.

Neighbor Billy Jones explained what he did when he saw the flames, “I poked my head around the corner and I saw flames shooting right out of the window. We kicked the door in just to make sure there wasn’t people in the house.”

No one was home at the time of the fire but neighbors were evacuated as a precaution.

One adult was displaced and is being assisted by the American Red Cross.

Investigators have not said what caused the fire.

Patrick Nickolas Rose shared video he took from his home of the scene: