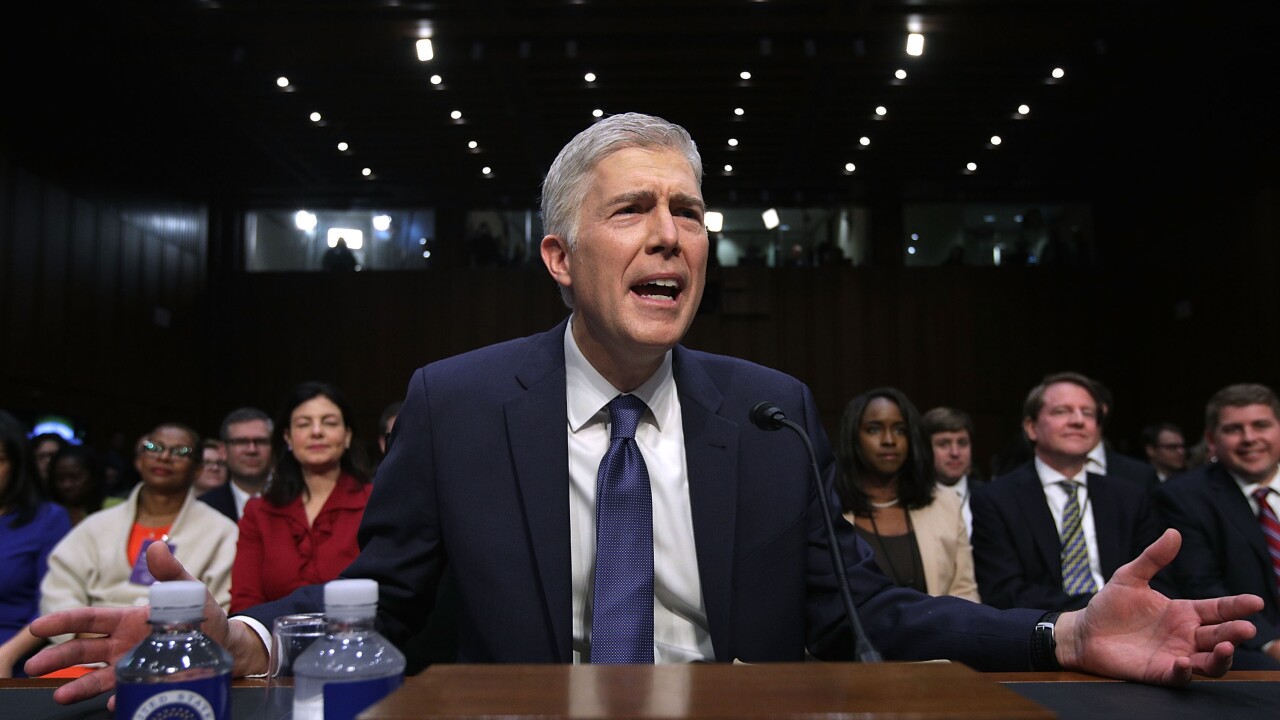 WASHINGTON, DC – MARCH 20: Judge Neil Gorsuch asks photographers, “Is this what you do all day? I’m sorry,” after he arrived for the first day of his Supreme Court confirmation hearing before the Senate Judiciary Committee in the Hart Senate Office Building on Capitol Hill March 20, 2017 in Washington, DC. Gorsuch was nominated by President Donald Trump to fill the vacancy left on the court by the February 2016 death of Associate Justice Antonin Scalia. (Photo by Alex […]

Supreme Court nominee Neil Gorsuch criticized Tuesday of President Donald Trump’s attacks on the federal judge who blocked his administration’s travel ban, saying for the first time publicly that he found them “disheartening” and “demoralizing.”

Gorsuch previously made those comments in private conversations with senators, but Tuesday marked the first time he went on the record with his disapproval of the president’s rhetoric when he called US District Judge James L. Robart a “so-called judge.”

“When anyone criticizes the honesty, integrity, the motives of a federal judge, I find that disheartening, I find that demoralizing, because I know the truth,” he said during his Senate confirmation hearing, in response to a question about the tweets from Sen. Richard Blumenthal.

Asked by Democratic Blumenthal if that “anyone” included the President.

“Anyone is anyone,” Gorsuch said.