VIRGINIA BEACH, Va. - Virginia Beach's city wrestling championship starts Saturday and the Jets of Corporate Landing Middle School are hoping to land a title back in their hangar.

One of their fiercest wrestlers is 12-year-old Adonis Lattimore.

Adonis has only one fully functioning arm and no legs, but you'll never hear an ounce of complaints or excuses from him.

"When he's on the mat, he turns into a completely different person. He goes from the shy, quiet Adonis to...let's make it happen," said his father Jerrold Lattimore. "A lot of people who haven't seen him wrestle look at this as an extraordinary situation, but for us, and for the rest of the team it's like business as usual."

If you ask anyone that's seen Adonis on the mat, he never stops giving 100-percent and he enjoys "beating people up".

Off the mat, he aims to break out of his shell and his confidence continually elevates.

"I can tell by his body language, how comfortable he is. When I see that, then I know I'm comfortable," says Adonis' mother Demetra Custis. "I know that he's in his place where he wants to be."

Don't think Adonis is hindered by his disability, because he doesn't. When the bell rings, he says there's only one thing to do: "I gotta win." 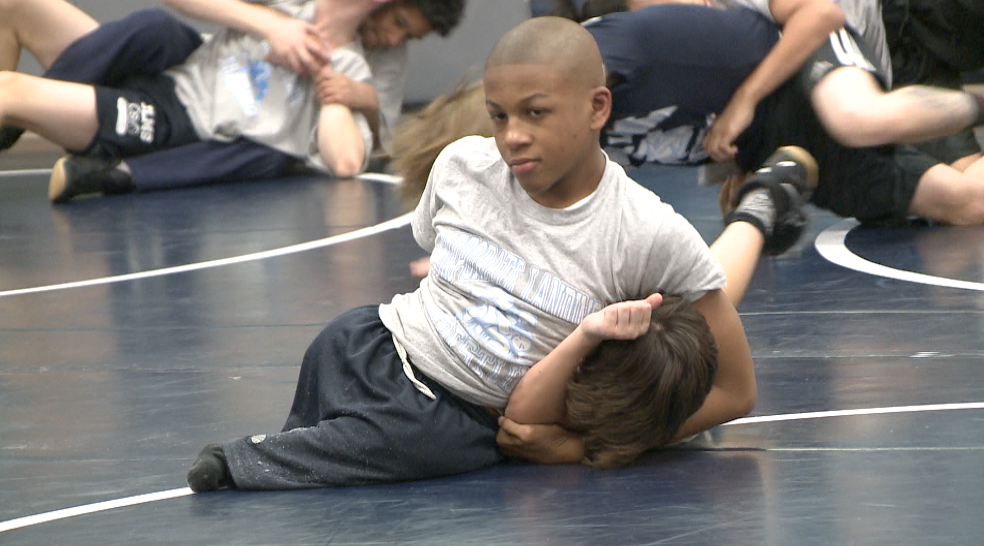