A 16-year-old boy is recovering after he was struck by a train in Newport News, severing his right foot from his leg.

NEWPORT NEWS, Va. - Police say a 16-year-old had to be airlifted to Sentara Norfolk hospital after he was hit by a train Monday afternoon.

Police dispatchers were called to the 500 block of Onancock Trail around 3 p.m. in the Chesapeake Village Mobile Home Park, which sits next to the track where the incident occurred.

“The train was really wailing on the horn," recalled Michael Polovina, who lives near where the teen was hit.

He says heard the victim yelling for help. Polovina then says he called 911 and jumped into action when he saw the teen's foot was missing.

"I jumped the fence, went there and compressed, elevated the leg, had him put his head down so he wouldn't pass out and then I just talked to him to keep him calm," he said.

Other neighbors say people walk along the track all the time. Police aren't sure where the victim was coming from or where he was headed.

Headphones were found on scene, officers said, but it's unclear if the teen was wearing them before he was hit. They also did not have evidence showing this was a suicide attempt.

There is no further information available at this time about the victim's condition.

On Monday night CSX released a statement about the incident saying in part:

The circumstances that led to the young man being on the tracks was the subject of an investigation by Newport News Police, who may be able to provide additional details. CSX cooperated with local authorities and suspended train operations while the investigation was conducted. The train that struck the young man had a single locomotive and two cars; it was not carrying any freight but rather was an inspection train used to examine the condition of the tracks. 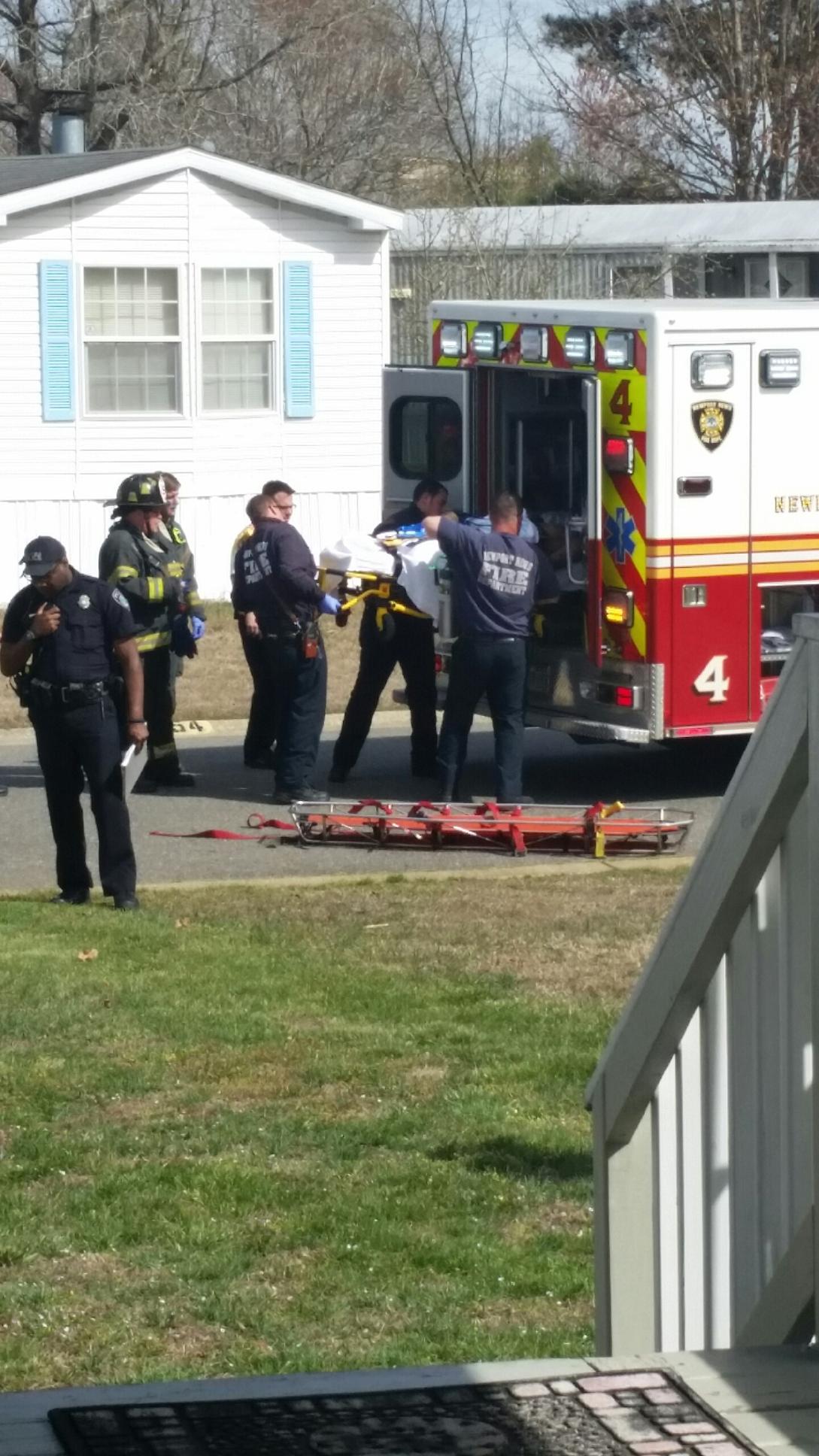