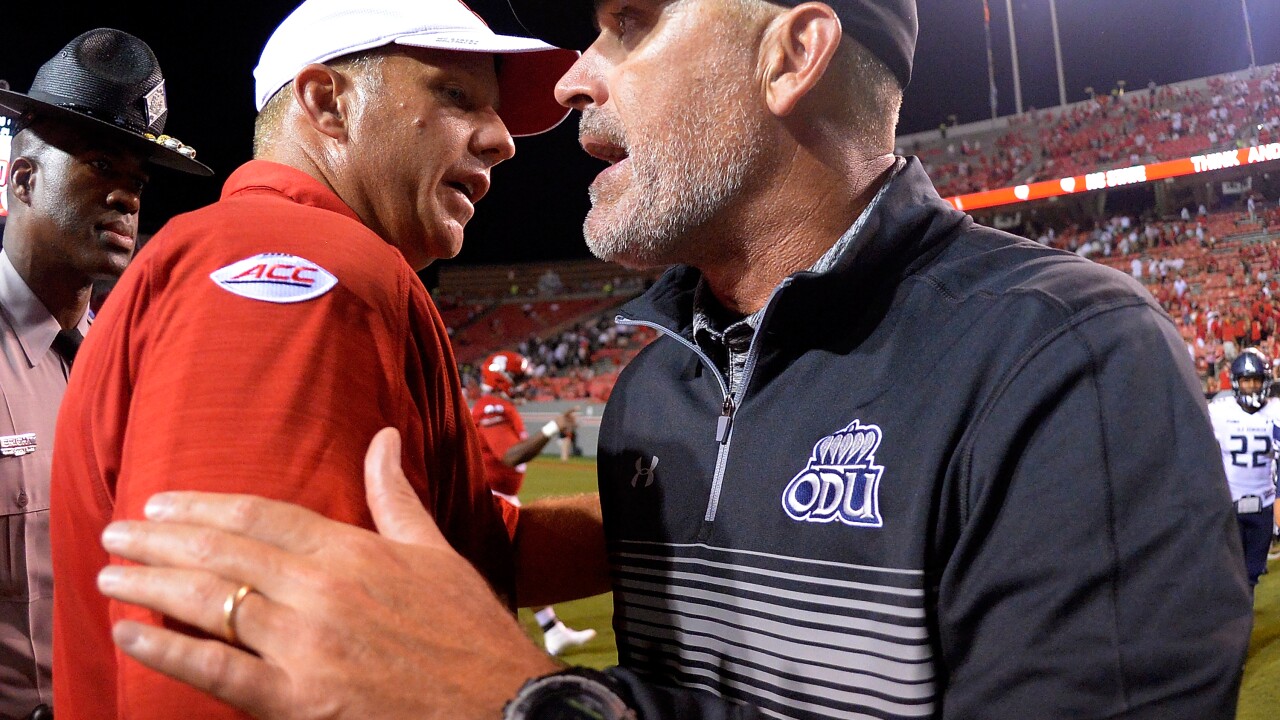 ODU’s Bobby Wilder has signed a new deal keeping the only head coach the program has ever had in Norfolk for several more seasons. His current contract was set to expire in December. Wilder’s deal will be for five years through 2021. Seven of Wilder’s assistant coaches will receive raises and two-year contracts as well.

“I’m proud of the fact that I’ve been the only head coach and I hope to be the head coach here a long time,” said Wilder. “I’m taking it day by day, I want to earn that.”

Wilder, who was paid $569,590 last season according to USA Today’s 2016 College Coaching Salary Database, is 67-and-30 at ODU. Last year, he guided the Monarchs to a 10-win season, including a victory in the program’s first ever bowl game.

@ODUCoachWilder is big on stability within the program, and today they made sure that continuity is in place: https://t.co/3r2FuEE1Ih pic.twitter.com/wIulhGvA2j