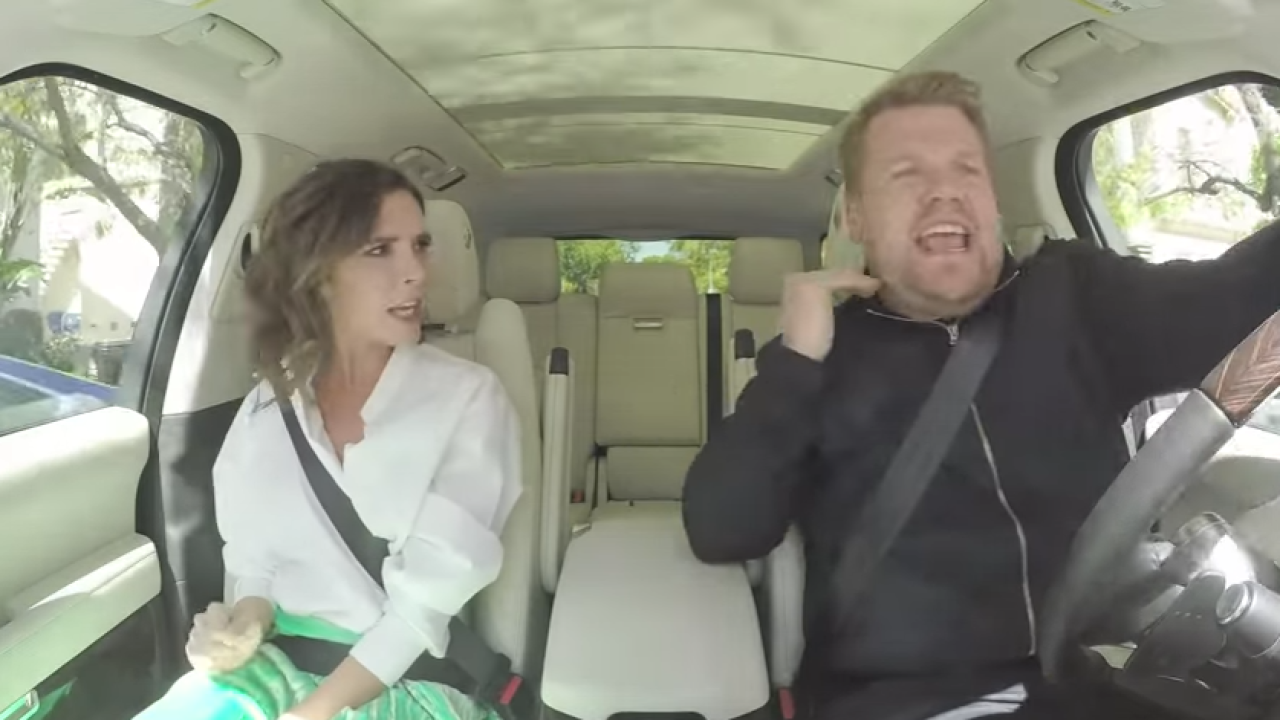 Remind us as to why can’t we get a full Spice Girls reunion?

Victoria Beckham appeared in a skit Thursday with James Corden on his “Late Late Show” in which she got a little spicy.

The designer did a bit in which she and Corden rebooted scenes from the 1987 film “Mannequin.”

Beckham took on the part made famous by Kim Cattrall in the romantic comedy about a man (played by Andrew McCarthy in the original) who falls in love with a mannequin who only he can see come to life.

As part of the sketch, Corden got Beckham to jam a little “Spice Up Your Life” in the car with him.

Corden eventually returns Beckham as a mannequin to Target — which is where she will be launching her Posh collection on April 9.