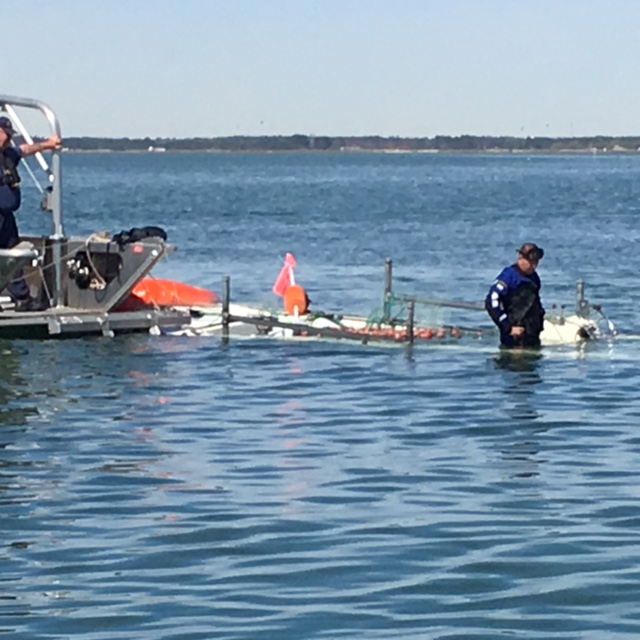 The Virginia Marine Police were called at 11:15 a.m. Saturday by a concerned family member who said the two men had not returned home Friday evening after working a gill net in the Swash Channel near the Guinea Marshes.

At approximately 1:00 p.m. Saturday, the pilot of a Marine Police airplane spotted a sunken vessel in the Swash Channel and directed Marine Police boats to its location.

The body of Philip Brown, 47, was found tangled in a nearby gill net.

Crews searched in an area near the Guinea Marshes in Gloucester County for the second fisherman, 31-year-old Tony West of Guinea. On Sunday afternoon, they found West’s body in the area of the boating incident.

On April 5 the boat was recovered by the Virginia State Police Dive Team and the Marine Police.

“This is a terrible tragedy,” said John M.R. Bull, Virginia Marine Resources Commissioner.  “We honor and respect all watermen, who work hard in often harsh conditions to put genuine Virginia seafood on the dinner table. Our hearts go out to their families in these difficult circumstances.”

Brown’s body has been taken to the Medical Examiner’s Office in Norfolk.