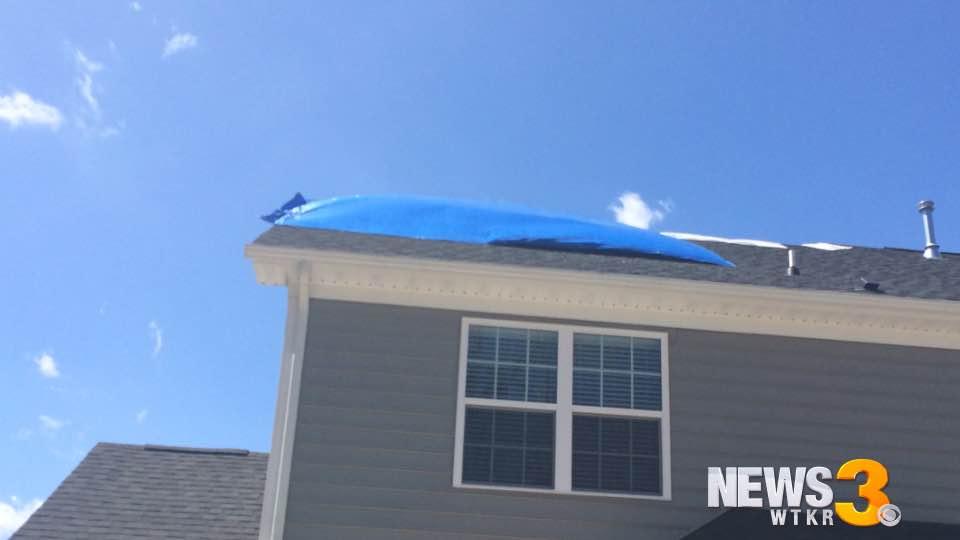 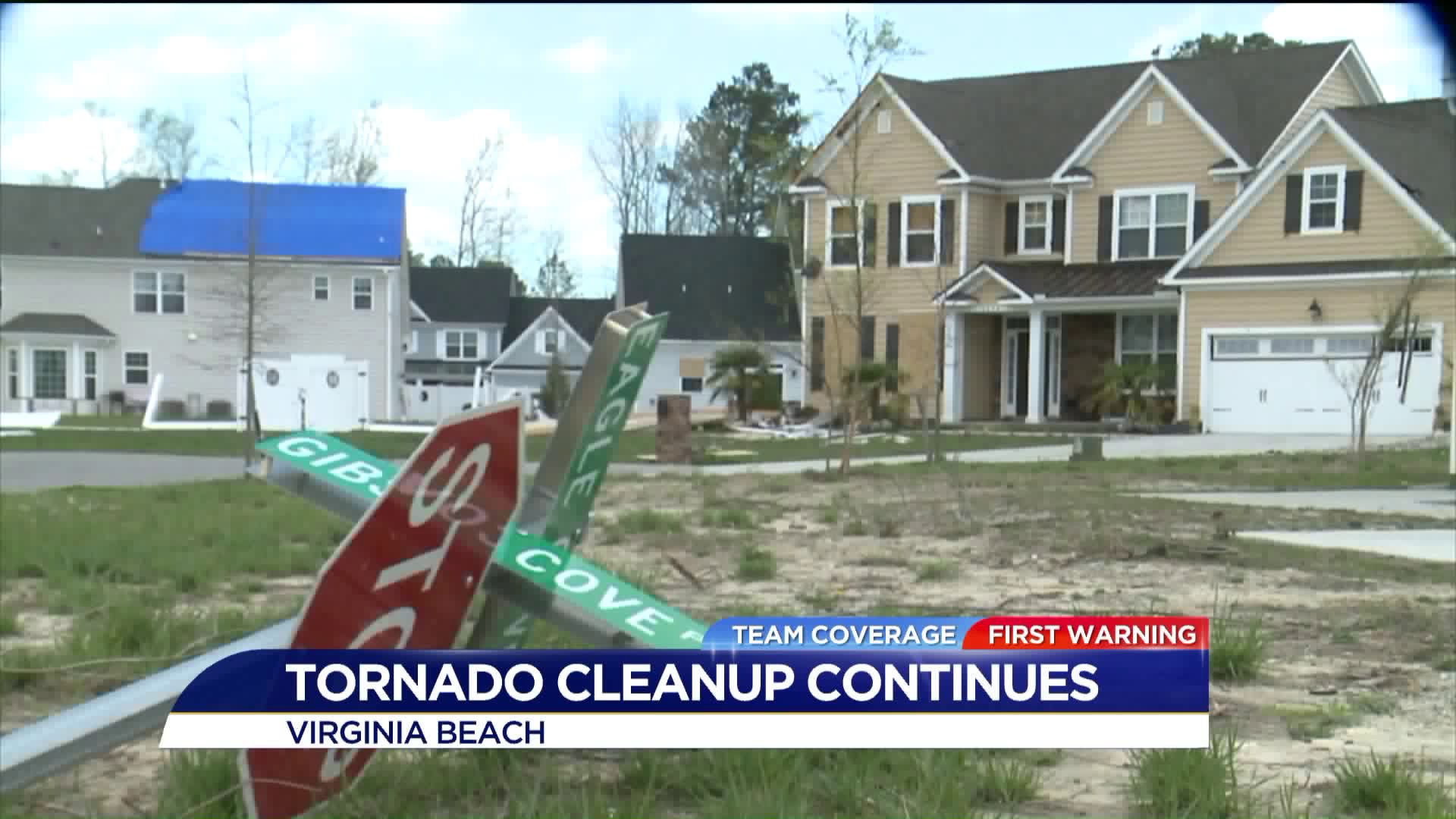 The storm caused major damage to several homes in the neighborhood, including leading to one being condemned.

"Describing it in one word - it's just incredible to see the amount of damage in Virginia Beach," said Rachael Small, whose home is covered in glass.

Her home isn't condemned, but is too damaged for her family to live there. "I just want to be back in my home."

Small's neighbor has a crack in her drywall. Rochelle Santos was home during the storm. "It was a scary experience and I hope that this will never happen again," she said.

Neighbors say they are working with their insurance companies to figure out the next steps, including Santos who is still waiting for them to check out her damage. "I think it's ridiculous. They should be here at least one or two days after this happened," she said. "I have no choice and I know there many people that have houses that have been damaged, so I'll just wait."

The neighbors here say they are also watching the upcoming forecast very closely as more severe weather is possible later in the week.