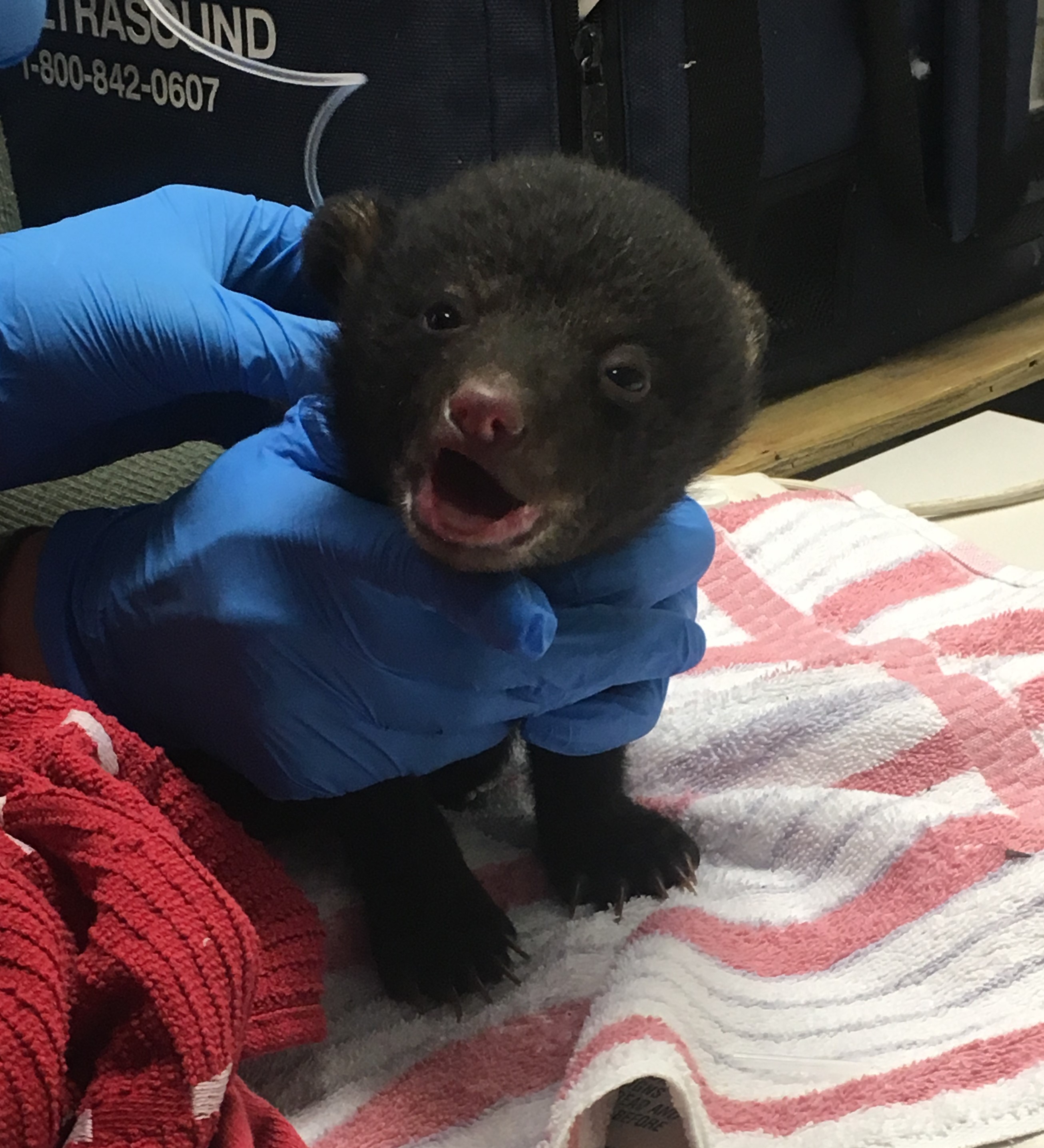 WAYNESBORO, Va. – Two baby black bears were turned into The Wildlife Center of Virginia within a week.

On March 31 an infant female black bear was admitted to the center after she was found crying under a log near a drainage opening in Roanoke County.

The Center said the person who turned the bear in said they were afraid the cub would fall into the drain.

One of the Center’s veterinarians examined the cub when she arrived.

The bear was mildly hypothermic, mildly dehydrated, and a little thin, the Center said.

The rehabilitation staff set the cub up in an incubator and planned a feeding schedule of four times a day.

On Tuesday biologists decided to attempt fostering the cub onto one denning female bear with an accessible den but the the team was unable to locate the bear in her den.

Based on tracking data, an additional attempt to locate the female bear might be made during the week of April 10, according to the Center.

On April 4 a citizen in Madison County found a male bear cub by itself and left in case a female bear was near.

The person called the VDGIF and on April 5, after the bear remained crying in the area, a biologist brought it to the Wildlife Center.

The cub was bright and alert, and had no injuries.

VDGIF biologists might attempt a den check during the week of April 10, but now that the Center is caring for two cubs, an appropriate foster situation will likely be difficult to find.

The two cubs will be introduced to one another and will be bottle-fed until they are big enough to eat on their own, the Center said.