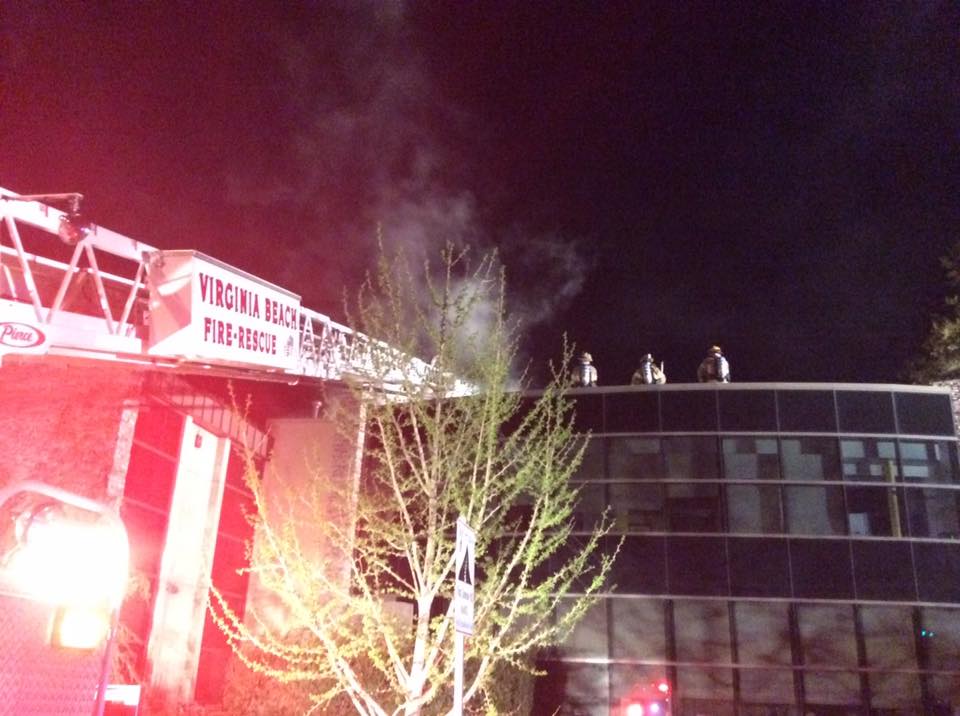 Dispatchers received a call at 3:54 a.m. about a structure on fire in the 1200 block of First Colonial Road.

Crews arrived on scene in five minutes and located smoke coming from the roof of a commercial building.

Firefighters were able to isolate the fire to the roof.

The building was not occupied at the time, and no injuries have been reported.