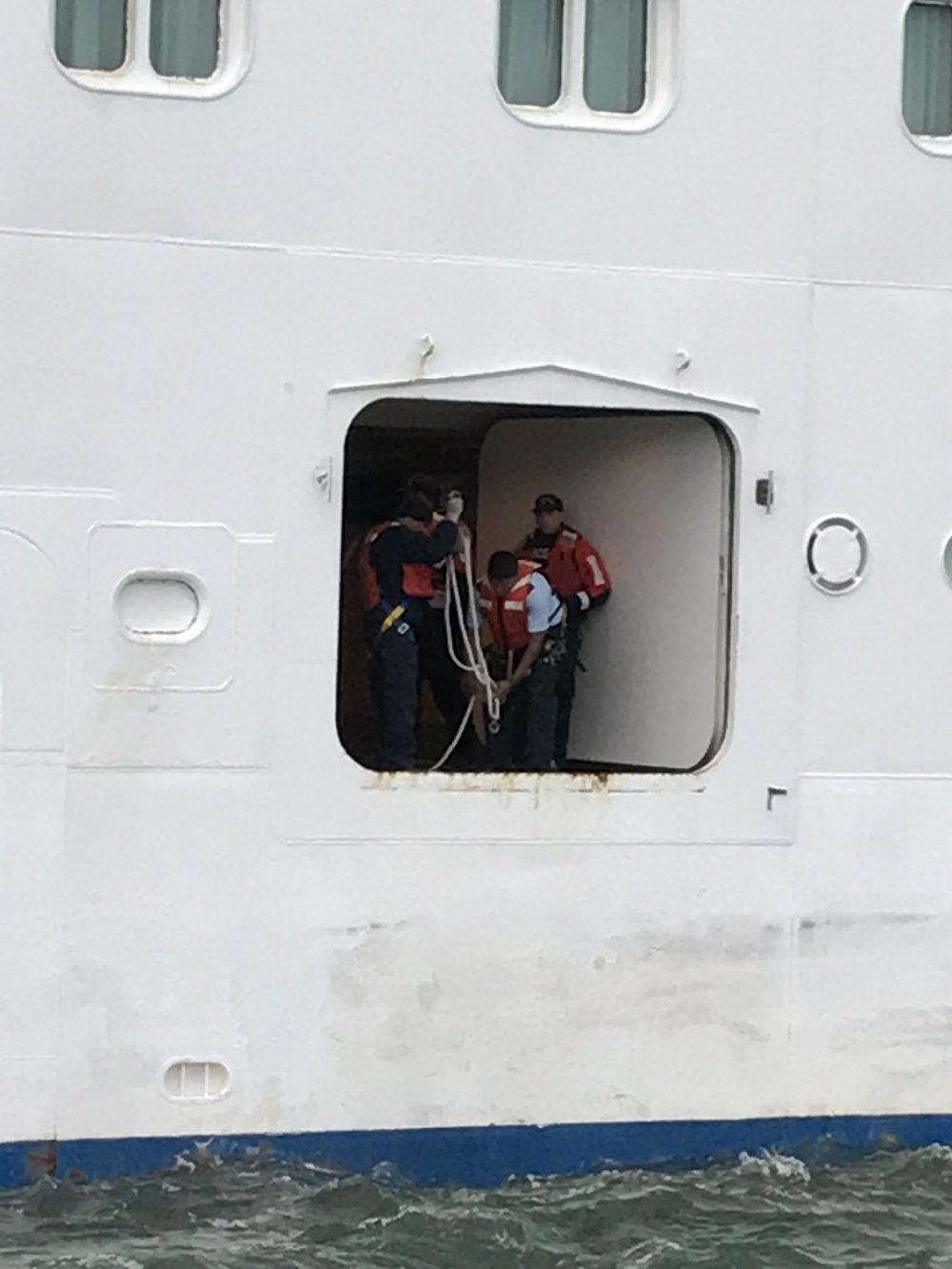 Watchstanders in Portsmouth received the notification from the Royal Carribean International cruise ship Grandeur of the Seas around 4:10 p.m. that a 60-year-old man was suffering from respiratory arrest.

According to the Coast Guard, the cruise ship was 20 miles east of Kill Devil Hills, North Carolina at the time of the call and was traveling toward the Chesapeake Bay.

A 45-foot Response Boat-Medium launched from Station Little Creek and arrived on the scene east of the Chesapeake Bay Bridge Tunnel at 6:35 p.m.

The passenger, along with the cruise ship’s medical officer, were transferred onto the boat and brought to Rudee Inlet in Virginia Beach.

“This case illustrates how crucial it is for the Coast Guard to communicate and work closely with other entities in order to affect a timely rescue,” said Coast Guard Lt. Mitch Latta, command duty officer for the case. “Coast Guard crews, the flight surgeon, cruise ship personnel and local EMS all played important roles in getting this man the medical attention he needed.”