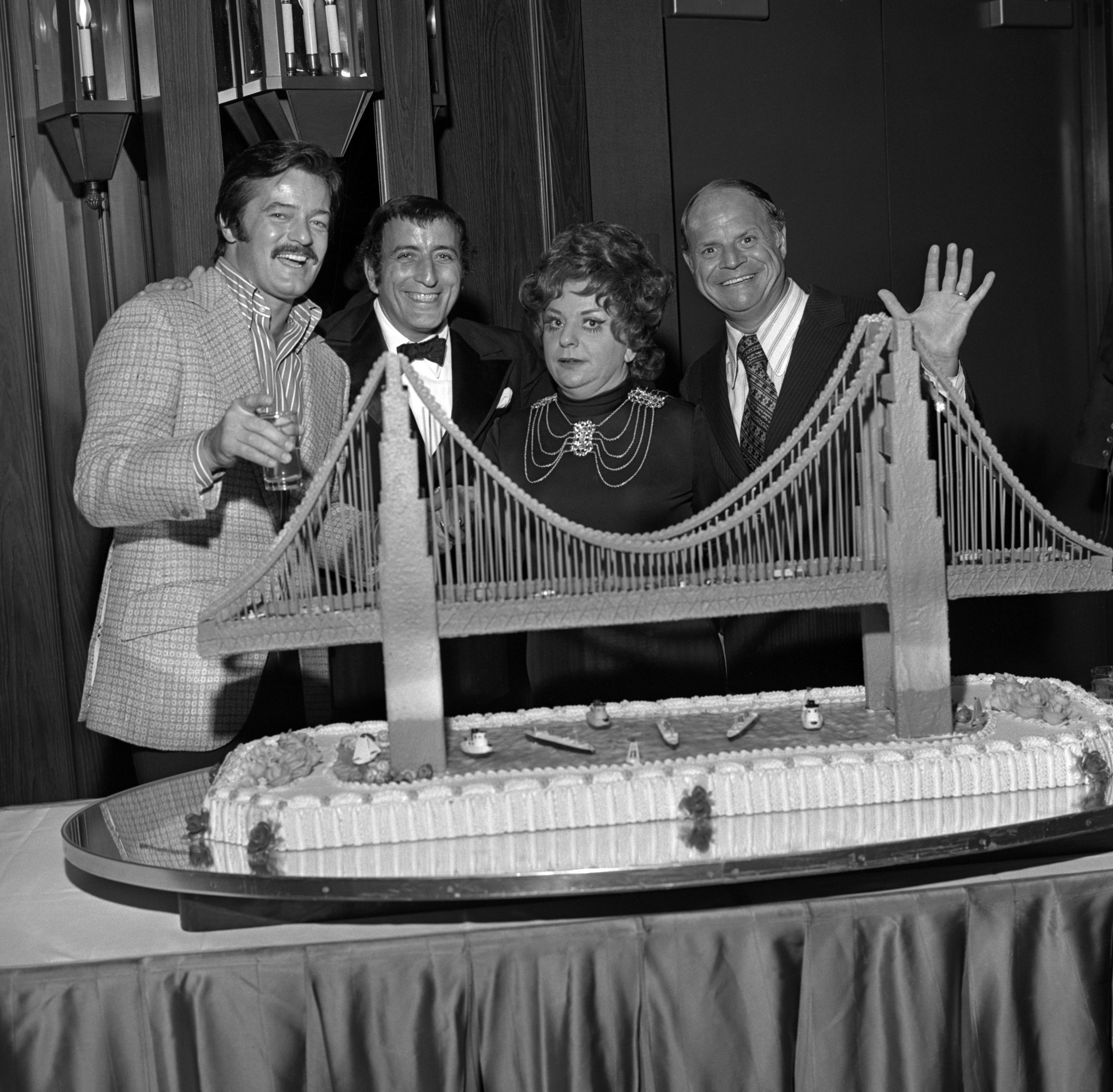 Don Rickles didn’t just embrace being a senior citizen, he incorporated it into his work.

The comic, who died Thursday from kidney failure at 90, completed work on a new show with AARP before his death.

“Dinner with Don” had been announced recently as a 10 episode series in which the legendary performer would dine and chat with major stars including Billy Crystal, Robert De Niro, Jimmy Kimmel, Amy Poehler, Vince Vaughn, Paul Rudd, Marisa Tomei and Martin Scorsese.

The show was shot at some of Rickles’ favorite restaurants in Los Angeles including Dan Tana’s and The Palm.

Jeffrey Eagle, vice president of AARP Studios, expressed the organization’s condolences in a statement, saying, “All of us at AARP Studios are immensely saddened with the passing of Don Rickles. We had the distinct pleasure of recently working with Don on our upcoming series ‘Dinner with Don.'”

“Don was known for his biting, acerbic humor and we feel lucky enough to have experienced that first-hand,” Eagle said. “He was also a thoughtful, kind and generous colleague and friend.”

Rickles’ rapier wit was as sharp as ever on the series.

“I’m going to be sincere here for a second,” Poehler tells Rickles in a clip from the show. “To be able to sit here is really, really special. I’m really honored to get to talk to you, Don.”

“That’s very sweet,” Rickles replies. “When your name came up, I said ‘I don’t want her.'”

“I know it sounds crazy to say ‘he was too young’ but he was,” Kimmel said. “He was youthful and funny and sharp and generous and I was fortunate not only to have Don on this show as my guest but also to become close to him and his wife Barbara which was a lot of fun for me.”

AARP has not yet announced how they will distribute the series