VIRGINIA BEACH, Va. - A local teen, homeschooled and now in remission cancer remission, finally had a chance to go to prom.

Victoria Ali was invited by her best friend, who now lives in Texas, to go to her prom.

Because of her treatment, Victoria is behind in her education.

She was diagnosed with Medulloblastoma at age 15, a brain tumor that affects the part of the brain where spinal fluid is made.

"It's kind of sad for her, seeing her friends graduate and go to prom, so it was really a special time for her to call and invite her," says Victoria's mom, Patricia.

Her flight was canceled not once, but twice, eventually forcing them to cancel the trip all together.

"We were brokenhearted, I did everything I could to try and get another flight and there was no luck," says Patricia.

"I felt really upset, sad, a little angry," says Victoria. "Then I realized my life is already planned out, if God wants it to happen it’ll happen."

Patricia told her neighbor, Carly Vega, about the situation and she had an idea -- to throw a prom in the Ali's garage.

After a simple post on Facebook, Carly's friends started replying to help with decorations, photography, hair and makeup.

"I was so excited, I was surprised, and just so happy at how many people cared," says Victoria.

Neighbors, church friends, and some of Victoria's friends came out to the "garage prom."

It wasn't in Texas with her best friend, but Victoria says it was perfect.

"I felt loved, I felt humbled to know that so many people cared and they were just doing it for me because they loved me." 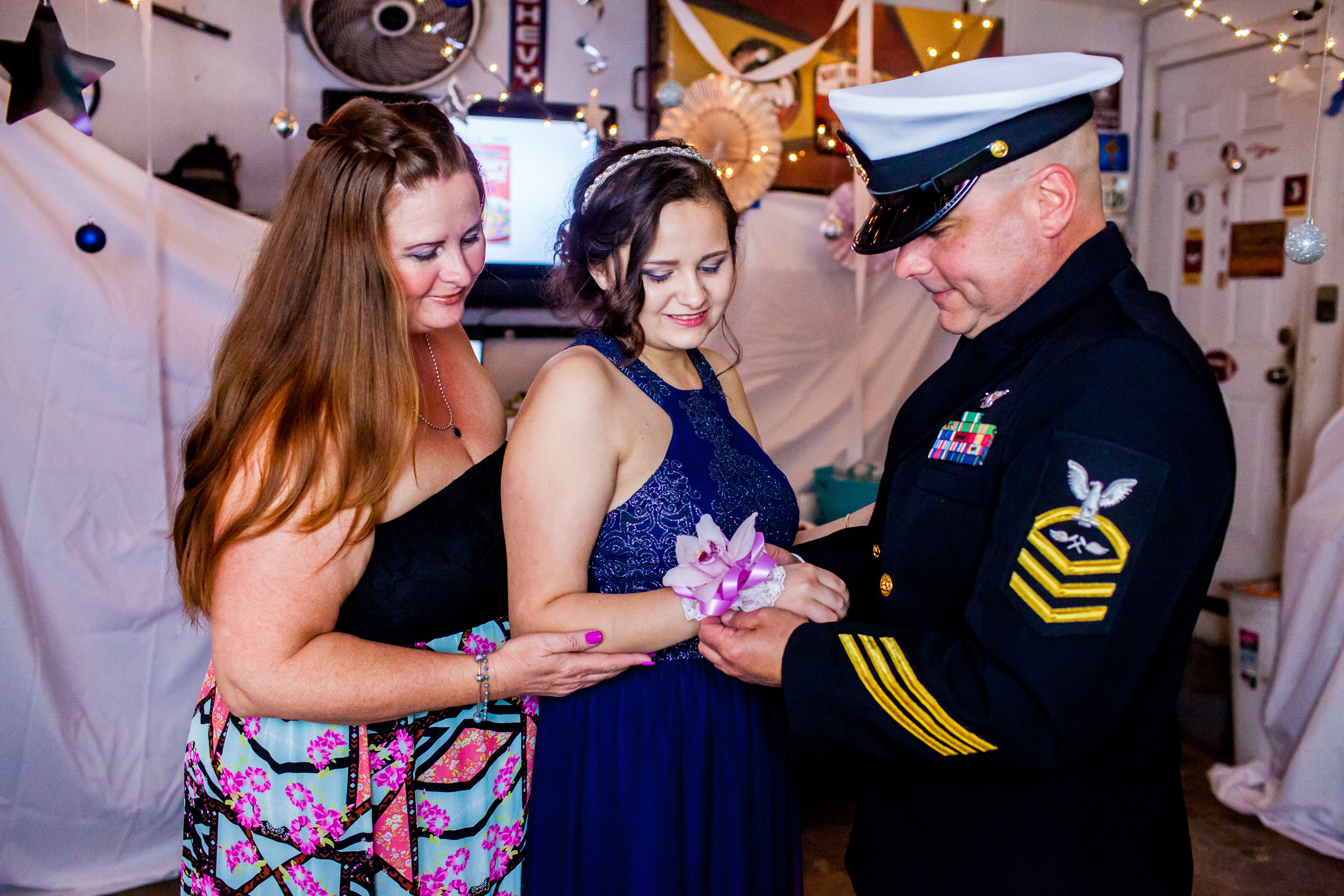