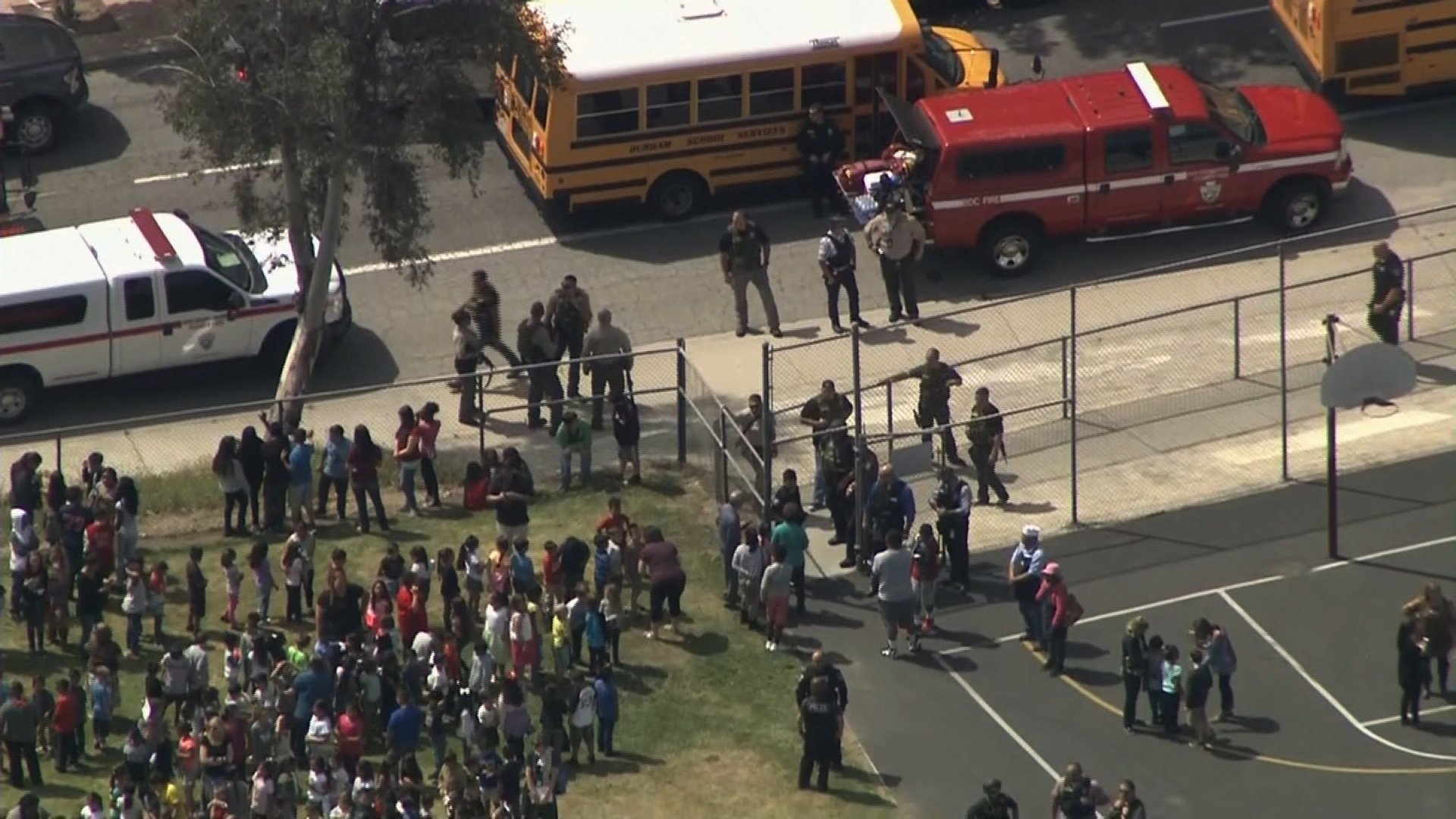 When Cedric Anderson entered North Park Elementary School to see his wife, Karen Smith, who worked as a special needs teacher, there was no indication to staff that something was amiss.

He signed in, and did not appear agitated on Monday. There was no indication of the violence that would soon come.

From the office, Anderson walked into classroom B-1 and, without saying a word, opened fire at Smith from 10 to 15 feet away, according to a sequence of events presented by San Bernardino Police Chief Jarrod Burguan.

In all, Anderson fired 10 shots from a Smith and Wesson .357 revolver, stopping to reload, police said.

Smith, 53, was killed in the shooting. Student Jonathan Martinez, 8, who was sitting behind Smith, was shot and killed as well.

A 9-year-old student also behind Smith was hit in the upper body, police said, and he is expected to survive.

Anderson then shot himself to death, police said.

Officials provided those details at a news conference on Tuesday, a day after the episode sparked fear throughout the school community in the California city all-too-familiar with high-profile violence.

San Bernardino was also the site of a terror attack in December 2015 in which a couple shot and killed 14 people at an office holiday party.

When school staff let Anderson in, they didn’t know his relationship with Smith was on the rocks, police said.

The two had dated for four years and got married in January. On Facebook, Anderson posted happy images of the couple enjoying date nights and smiling in selfies.

But those close to Smith told police she said Anderson’s behavior had become odd and he had threatened her, Burguan said.

Smith moved out of their home in March and went to live with other family, he said. Yet those at school knew nothing of this discord.

“There was no indication to anyone on staff that there was a potential threat,” San Bernardino City Unified School Superintendent Dale Marsden said Tuesday.

Burguan said police searched Anderson’s residence and did not find a suicide note. They did, however, find a note believed to be written by Anderson that spoke of feeling disrespected and needing to find closure. The note would not have been alarming if not for this violent event, he said.

The family of Jonathan Martinez, the 8-year-old student killed in the shooting, did not wish to speak publicly, Marsden said.

They did, however, wish to bring attention and consciousness to an issue facing Jonathan called Williams syndrome.

Williams syndrome is a genetic condition that is characterized by cardiovascular issues and development delays, and it affects an estimated 20,000 to 30,000 people in the United States, according to the Williams Syndrome Association.

Like others with the condition, Jonathan was social and had an affinity for music, and he brought joy and perspective to his family, Marsden said.