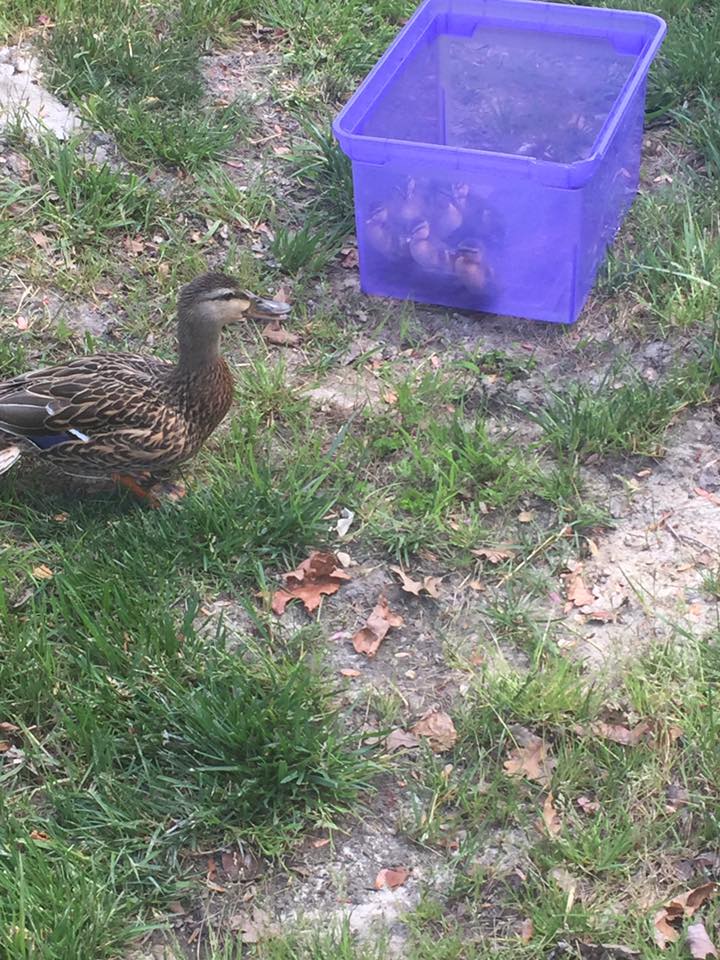 Police were notified that a mother duck and her 10 ducklings were traveling in the area of Monticello Avenue.

A group of citizens formed a small group to help the ducks cross the road. When officers arrived, they were able to gather the ducklings inside of a bin.

However, an officer on scene heard what she thought was another duckling close by. That’s when one of the small ducklings was located stuck in a deep hole.

The officers were able to get the duckling out of the hole using their hands and a shovel.

After rescuing the duckling, officers lead the mother duck to a pond where the 11 ducklings were all released.

Citizens were very appreciative of the rescue effort of the police officers that they dropped off gifts.