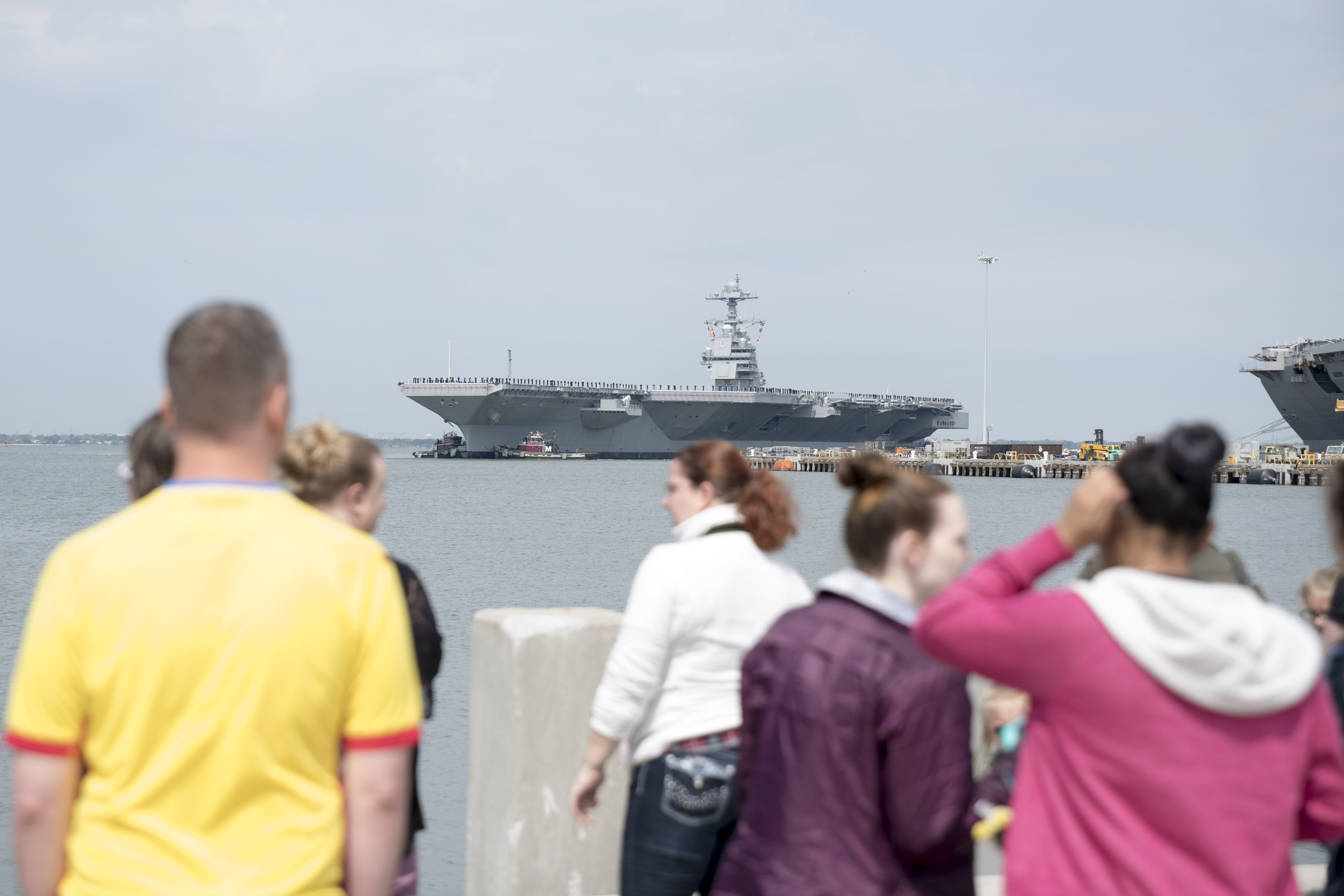 Sailors from the Ford, shipbuilders from Newport News Shipbuilding, the Navy’s Supervisor of Shipbuilding and Naval Sea Systems Command staff worked side-by-side to test many of the ship’s systems and technologies.

While they were out to sea, the ship also assisted with a medevac operation for a Sailor on board the USS Oak Hill. An embarked MH-60S helicopter from the “Sea Knights” of Helicopter Sea Combat Squadron (HSC) 22 conducted a medical evacuation to help the Sailor, who was suffering a medical emergency.

Construction on the Ford began in 2009. The Ford is expected to be commissioned later this year.