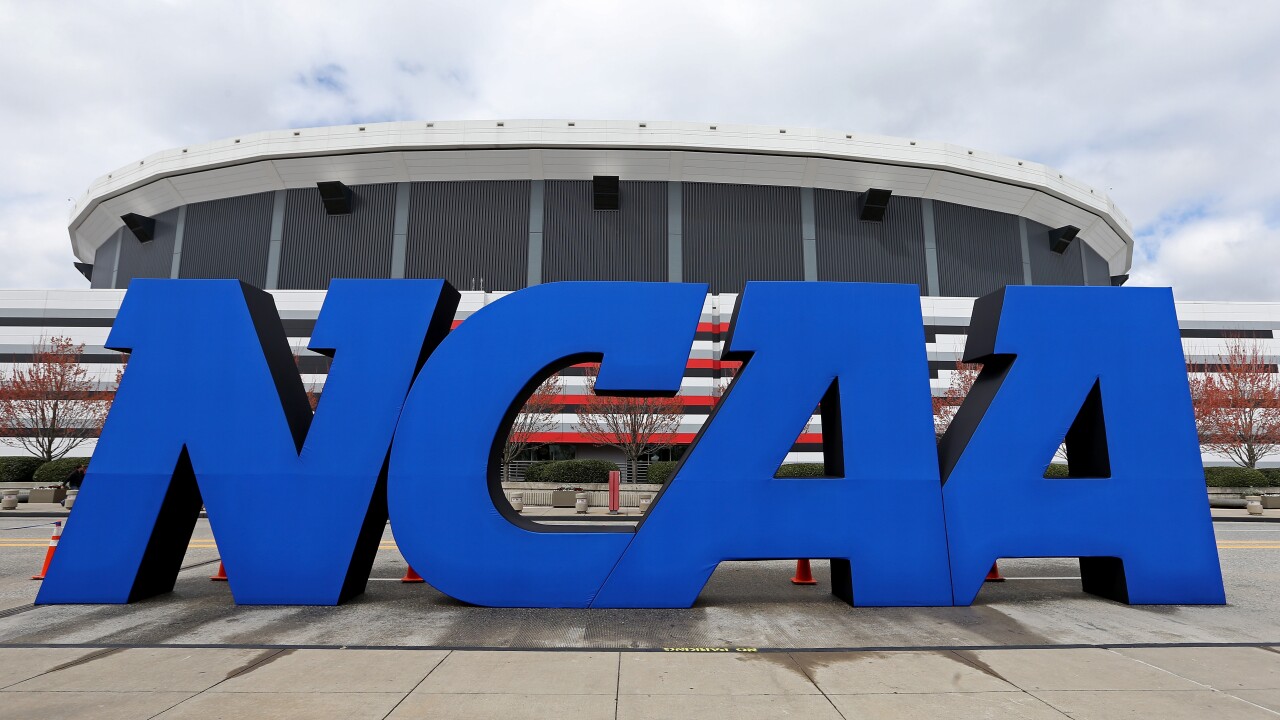 A detail of giant NCAA logo is seen outside the NCAA Men’s Final Four. (Photo by Streeter Lecka/Getty Images)

A detail of giant NCAA logo is seen outside of the stadium on the practice day prior to the NCAA Men’s Final Four at the Georgia Dome on April 5, 2013 in Atlanta, Georgia. (Photo by Streeter Lecka/Getty Images)

INDIANAPOLIS, Ind. – The NCAA selected more than 600 host sites for preliminary rounds and finals of predetermined championships in Divisions I, II and III to be held from 2017-18 through 2021-22.

The selections for Division I championships can be found here.

Virginia Beach’s new arena, expected to open in 2019, was not selected to host any NCAA championships. News 3 has learned the arena did not submit a bid during this cycle. However, Old Dominion’s LR Hill Sports Complex will once again host the NCAA Division I women’s field hockey championship in 2020.

Also, after the rollback of the state’s controversial “bathroom bill”, NCAA events will return to North Carolina.

Criteria for selecting the host sites included creating what will be an exceptional experience for the student-athletes, along with adherence to NCAA bid specifications. Specifications can include, but are not limited to, providing optimal facilities; ease of travel to the location and ample lodging; and adherence to NCAA principles, which include providing an atmosphere that is safe and respects the dignity of all attendees. The site selections follow the NCAA Board of Governors’ vote to allow consideration of championship bids in North Carolina.

“We want to thank everyone who submitted a bid for this cycle of championship site selections and for their continued commitment during the process,” said Joni Comstock, NCAA senior vice president of championships. “We look forward to working with our membership, the cities and local organizing committees who may host for the first time, as well as the groups who will repeat as host sites. I also want to acknowledge and thank the sports committees that reviewed these exceptional bids and made the selections based on providing the best possible experience for our student-athletes, coaches and spectators.”