Police join the fun on 420 Day — but not like that 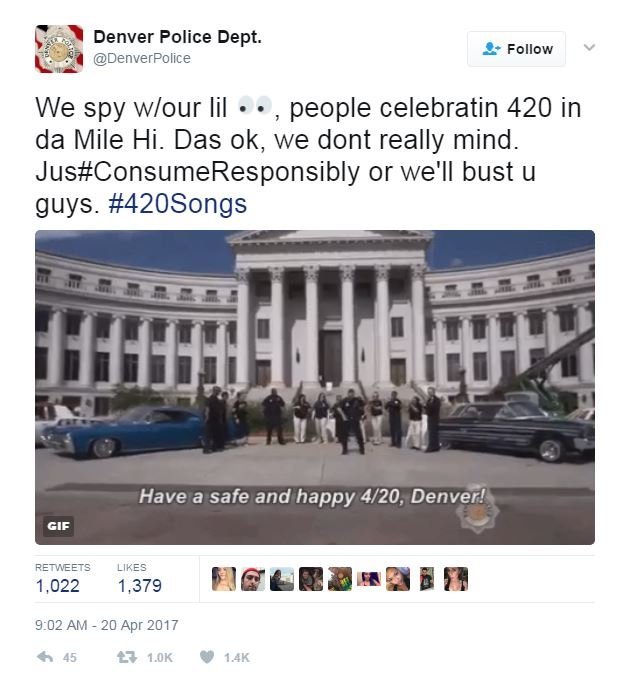 Pot smokers weren’t the only people having fun on 420 Day — the police were getting in on the act, too.

April 20 is known as National Weed Day and puffers all over the world celebrated the unofficial marijuana holiday.

Police at Iowa State University announced a special enforcement strategy on their Twitter feed (because people on college campuses don’t get high on the other days of the year).

The post showed two officers setting up a Wile E. Coyote-style box trap that used a dozen doughnuts for bait.

“You’ve heard of speed traps? We have weed traps,” the department tweeted.

You see, marijuana is said to make some users hungry, a condition known as “the munchies.”

Authorities have apparently become aware of this, because other departments are also using this tactic.

Police in Wyoming, Minnesota, laid out a tasty spread of chips, Mountain Dew and a bag of White Castle burgers. They even threw in a couple of video games to distract attention away from the officer lurking nearby with a butterfly net.

In Denver, where recreational marijuana use is legal, police took a much more laid-back approach.

They did warn that they would take a break from their dance party to arrest people who don’t consume responsibly.

Not everyone was amused by the jokes, but the Wyoming police followed up their original tweet by saying that they were using humor to draw attention to the issue of substance abuse.

“If you need help with substance abuse issues please contact us & we’ll find resources. That does NOT mean jail time,” the department tweeted.