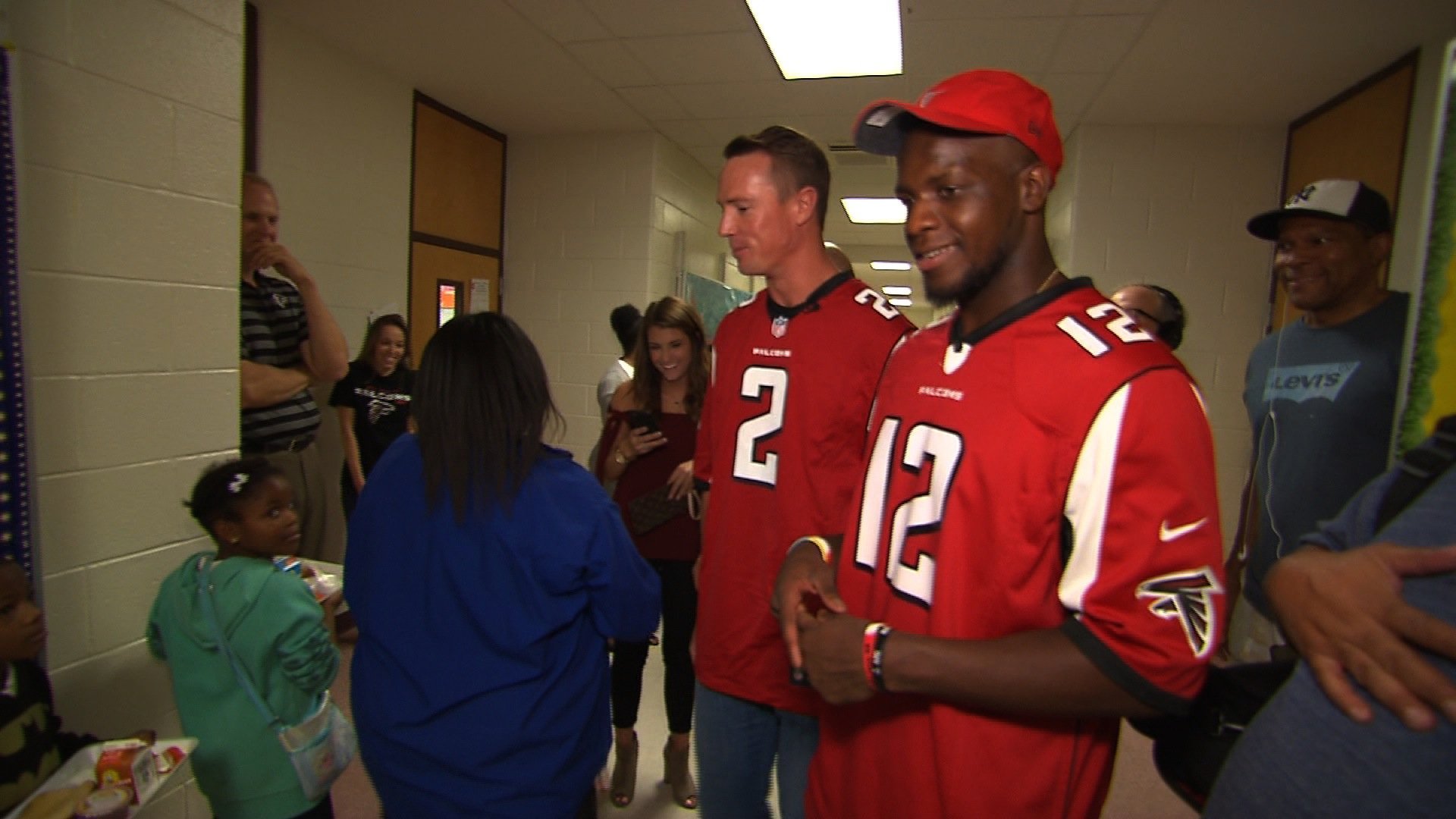 Atlanta Falcons wide receiver Mohamed Sanu tweeted a photo of a note he received from fellow passengers on a recent flight. The family thanked Sanu for setting a positive example for their son.

The note’s author says the family’s 10-year-old son sat behind Sanu while traveling to train for an elite hockey team. The boy took note of the professional athlete studying his playbook, making healthy food choices and being polite to everyone, the family wrote.

The note’s author thanks Sanu for being an inspiration to their athlete-in-training.

“You are an inspiration to children and for that you should be proud!” the note reads.

Sanu wrote on Twitter that the note “definitely put a smile on my face.”

The Atlanta Falcons weighed in on Twitter, calling Sanu “a role model both on and off the field.”