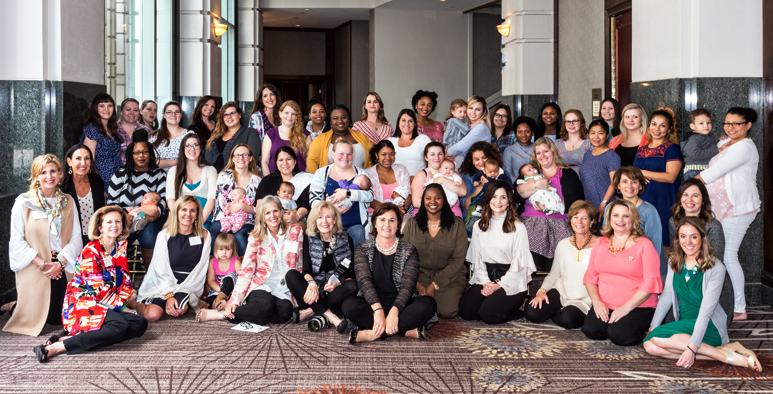 All of the moms are spouses of active duty or deployed members of the USS George H.W. Bush aircraft carrier. Some are active duty themselves.

The shower took place inside the Norfolk Waterside Marriott and was hosted by radio personality Mary Kathryn “Woo Woo” Wood.

Each mother-to-be received a “Shower in a Box,” which included high-quality products from mothers and babies donated by companies including Hazen Jewelry and 4Moms.

“In the military, families serve too; Operation Shower was created because typically military moms are the ones who hold it all together at home while their spouses proudly serve our country,” said Morrissey.  “We are very appreciative to the amazing women of 41’s First Mates for joining with us to show these courageous women some love and thanks for their innumerable sacrifices, while providing a platform for the moms to share camaraderie and celebrate this milestone with others in the same situation.”