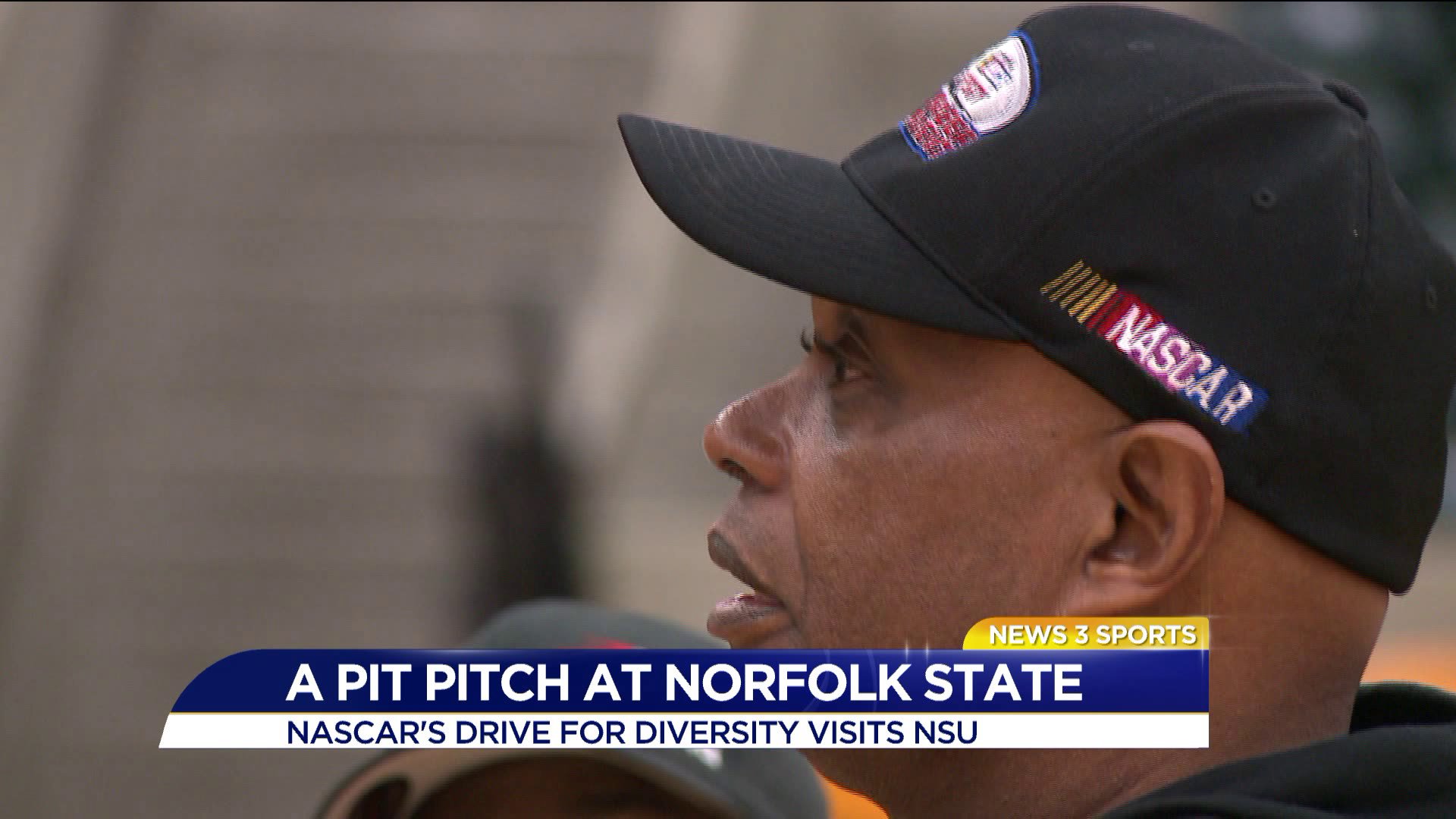 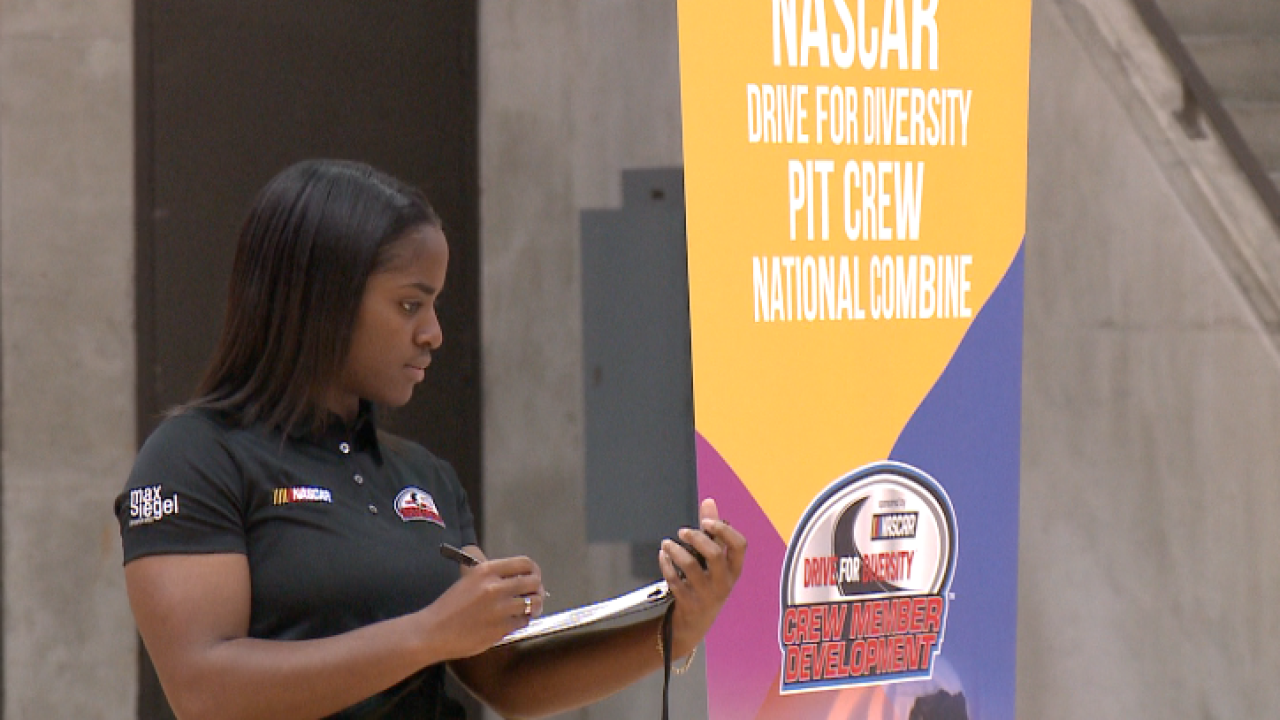 NORFOLK, Va. - This weekend, NASCAR stops at Richmond International Raceway. When you think about the actual stops - those during a race - what type of person do you picture on the pit crew?

A man? Woman? Athlete? What about a Norfolk State athlete?

Wednesday at NSU: with the help of NASCAR, steps taken to shift gears, change tires and steer clear of stereotypes.

"I definitely didn't expect to be doing ladder drills and all that," admitted former Norfolk State running back Gerard Johnson. "That was not my impression of a pit crew."

"I didn't know anything about a pit crew," revealed former Spartans quarterback Greg Hankerson. "I just knew they changed tires and put gas in the car."

The former NSU football players had their flexibility, agility and strength tested by NASCAR coaches during a pit crew campus combine as part of NASCAR's Drive for Diversity. The program aims to recruit top-performing male and female athletes with backgrounds and perspectives from which NASCAR isn't known for pulling.

However, just last year, former NSU women's basketball player Brehanna Daniels attended this combine on campus. After being selected for the national combine in Charlotte and finding more success there, she's now training to become a full-time member of a pit crew.

"I had no idea of anything about NASCAR, other than the cars are really fast," Daniels, a Virginia Beach native, told News 3. "I actually didn't even know about a pit crew because I'd never sat down and watched a race. People seeing my face, a face of color in the sport - and me being a female, can add more faces to the program. Hopefully people will be more accepting of it all."