WINDSOR, N.C. - Two flags at half-staff wave outside the Bertie Correction Institution on Thursday, just one day after a corrections officer was killed following an inmate attack.

According to officials with the North Carolina Department of Public Safety, Sgt. Meggan Callahan was only 29 years old.

"All you have are feelings that you cannot describe," said Raymond Ferguson, a childhood friend of Callahan's.

He told News 3's Merris Badcock his stomach turned when he heard of his friend's brutal and mysterious death.

"That feeling you get in your stomach when you are on a roller coaster," said Ferguson. "You do not know what's going to happen."

Officials held a press conference on Thursday, and told reporters Callahan originally responded to an incident around 5:30 pm inside a pod where the offending inmate was housed. They say that is when the inmate, Craig Wissink, assaulted Callahan.

Staff tried to save her life, but Callahan died an hour later from her injuries.

"This is a very difficult time for us," said David Guice, the Deputy Chief Secretary of Adult Corrections and Juvenile Justice. "Our family today, or extended family is grieving."

Wissink is currently serving life for murder, after he shot and killed a man during an attempted robbery in Cumberland County, N.C. in 2000.

Wissink was in a medium security area of the prison when he allegedly attacked Callahan. Officials confirm he has since been moved to a close custody facility elsewhere in the state.

"I am deeply saddened and send my heartfelt sympathies to Sergeant Callahan's family," said Public Safety Secretary Erik A. Hooks. "We will do all we can to support her family as well as the correctional family. The department will cooperate fully with the law enforcement investigation as well as conduct its own internal investigation."

Prison officials are not releasing information about how Wissink may have assaulted Callahan, but they have asked the State Bureau Investigation and Windsor Police to conduct a full investigation into the sergeant's death.

Callahan, of Edenton, has been with the department since January 2012. She was promoted to sergeant in February 2016. 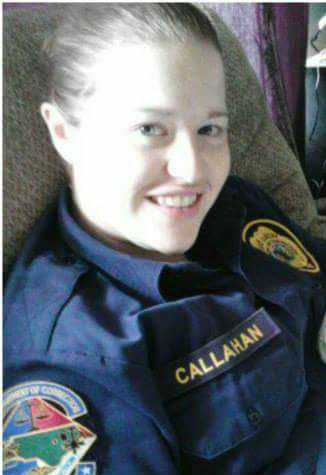