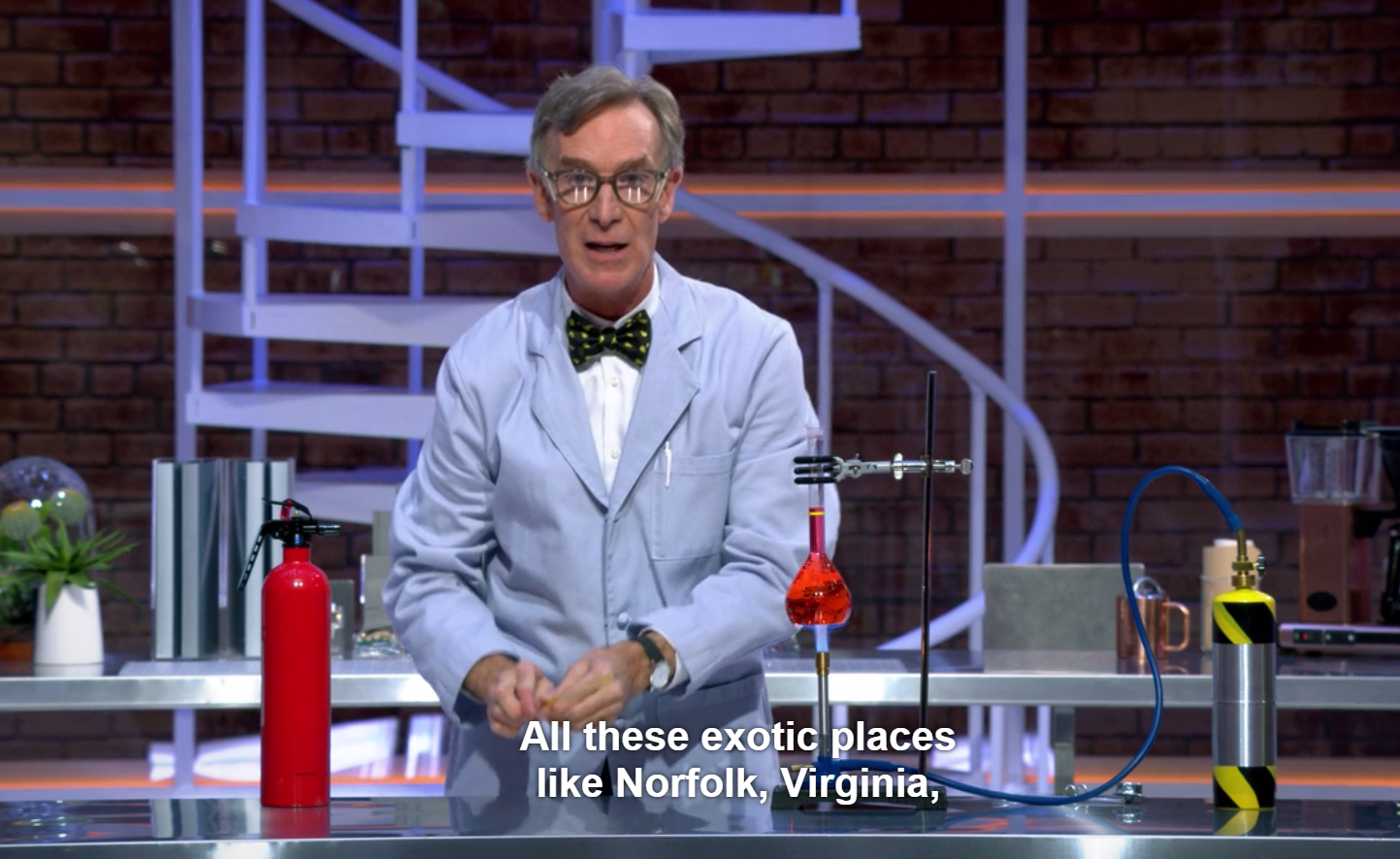 NORFOLK, Va. – Bill Nye mentioned the City of Norfolk’s issues with flooding in the first episode of “Bill Nye Saves the World.”

In the series premiere episode “Earth Is a Hot Mess,” Nye breaks down the science of global warming and explains the impact it can have on the world.

“The ocean on Earth is like a planet-sized thermometer. When it gets a little bit warmer, it’s expanding and getting just a little bit bigger,” Nye explains. “And the little bit bigger means floods in Miami, Pensacola, Galveston. These are all U.S. cities. Portsmouth.”

Residents of Norfolk and the Hampton Roads area in general know the impacts of flooding very well. In October, Hurricane Matthew caused major flooding damage, with some residents having to pay thousands of dollars to repair their homes.