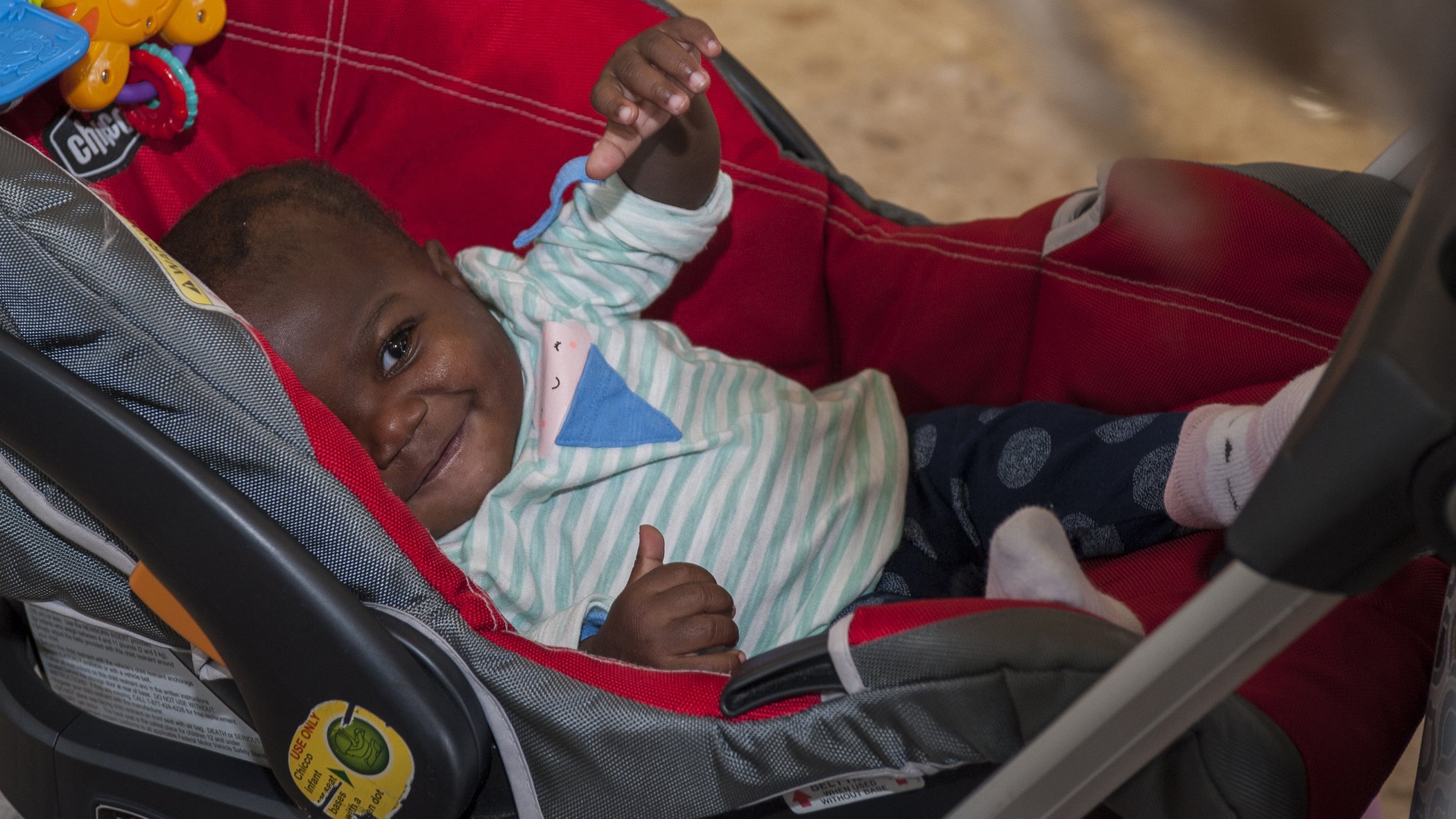 Six weeks after a risky but successful surgery in the United States to remove her parasitic twin, an 11-month-old called baby Dominique has been reunited with her family in Cote d’Ivoire.

Her mother, father and three sisters were at the Abidjan airport April 20 to greet her with open arms, eager to see the toddler in person for the first time since her excess limbs were surgically removed.

“I never thought that I’d see my daughter like this, today,” Dominique’s mother said in a video provided by Advocate Children’s Hospital. “It’s really a miracle. I want to thank all the surgeons who did a great job. And also thank you to the American people who helped my little Dominique, who allowed her to have a normal life, like other children.”

CNN shared the story of her surgery at Advocate Children’s Hospital in Park Ridge, Illinois, in March. Children’s Medical Mission West, the nonprofit that brought her to the United States for medical care, asked CNN not to include Dominique’s last name for privacy reasons.

Dominique had a twin who never fully developed, instead fusing with her body in the womb. She was born with what is known as a parasitic twin, a condition in which the underdeveloped twin formed incompletely and was entirely dependent on Dominique’s body. Cases of parasitic twins are so rare that most of them are known to doctors just by the patients’ names.

The parasitic twin’s waist, legs and feet were growing out of Dominque’s back. Without surgery to remove it, Dominique’s life would be cut short. Her tiny heart and lungs were working extra-hard to support the equivalent of two bodies. The mass of kicking legs attached to her neck and back would continue to grow, causing deformity, abnormal forces on the spine and a life of pain, doctors said.

A team of five surgeons and more than 50 physicians spanning specialties across the hospital worked together during the six-hour surgery on March 8 to remove the excess limbs in one piece.

Dominique’s recovery exceeded the doctors’ expectations. She was sitting up a day after the surgery and went home with her host family five days later, already stretching her arms over her head to reach for toys a few days later.

Dr. John Ruge, a pediatric neurosurgeon at Advocate, constructed and led the team behind Dominique’s surgery.

“It is awesome to see Dominique back home in the care of her family,” Ruge said in a release from the hospital. “It is the perfect ending to her journey to the United States. It is also a great beginning for her new life in the Ivory Coast. I’m so proud of our surgical team and the impact we have had on little Dominique’s life. It is why we do what we do every day.”

Children’s Medical Mission West, a nonprofit that helps transport children around the world to receive free medical care for rare conditions and issues, had turned to Facebook to seek a family to host the tiny girl.

Nancy Swabb, her husband and their two daughters responded to the post and welcomed Dominique into their home near Chicago. They took care of her for two and a half months before, during and after the surgery. Their entire community also stepped in to help care for Dominique.

In the time Dominique spent with the Swabbs, her first two teeth came in, she saw snow for the first time, and she started eating solid food and sleeping through the night.

They knew that Dominique would be recovered enough to return home to West Africa in mid-April, before her birthday in May, so they threw her an early 1st birthday party on April 2. Some of the hospital staffers attended, along with the community who loved Dominique like one of their own.

Although Swabb misses Dominique, she says, she is thrilled to know that the family has been reunited.

“It was so beautiful to see the smiles on her mom’s face and her sister running up to the stroller when she first arrived,” Swabb said. “That was the happy reunion that we all wanted. Her family was so brave to seek the medical treatment for her, as were the doctors to take it on. We were so happy to be part of the journey.”

Swabb included an iPhone in the carryon bag that traveled back with Dominique. Dominique’s family has used it to set up a Facebook account and keep in touch with the Swabbs. Her father has already sent photos and a thank you message to Swabb, promising to keep them updated on Dominique’s life.

“It’s such a joyful story that we all needed,” Swabb said. “She touched our hearts so much.”