Fire officials said 17 people have been displaced because of the fire.

The building is part of the Summer's Point Condos complex in the 200 block of Lake Drive, near Pacific Avenue and 11th Street.

Virginia Beach Fire Department spokesman Art Kohn says the first alarm was called at 11:20 a.m. and crews arrived on scene within minutes. Upon arrival, they found heavy smoke and flames coming from the roof of the three-story building.

The second-alarm was called approximately 20 minutes later due to the heavy smoke and flames, as well as the size of the building.

The fire was determined to be under control by 12:30 p.m. However, crews remain on scene and are actively working to contain hot spots and flare-ups.

Karma the cat has been found alive and well after this mornings condo fire at oceanfront. pic.twitter.com/OLQEudemHH 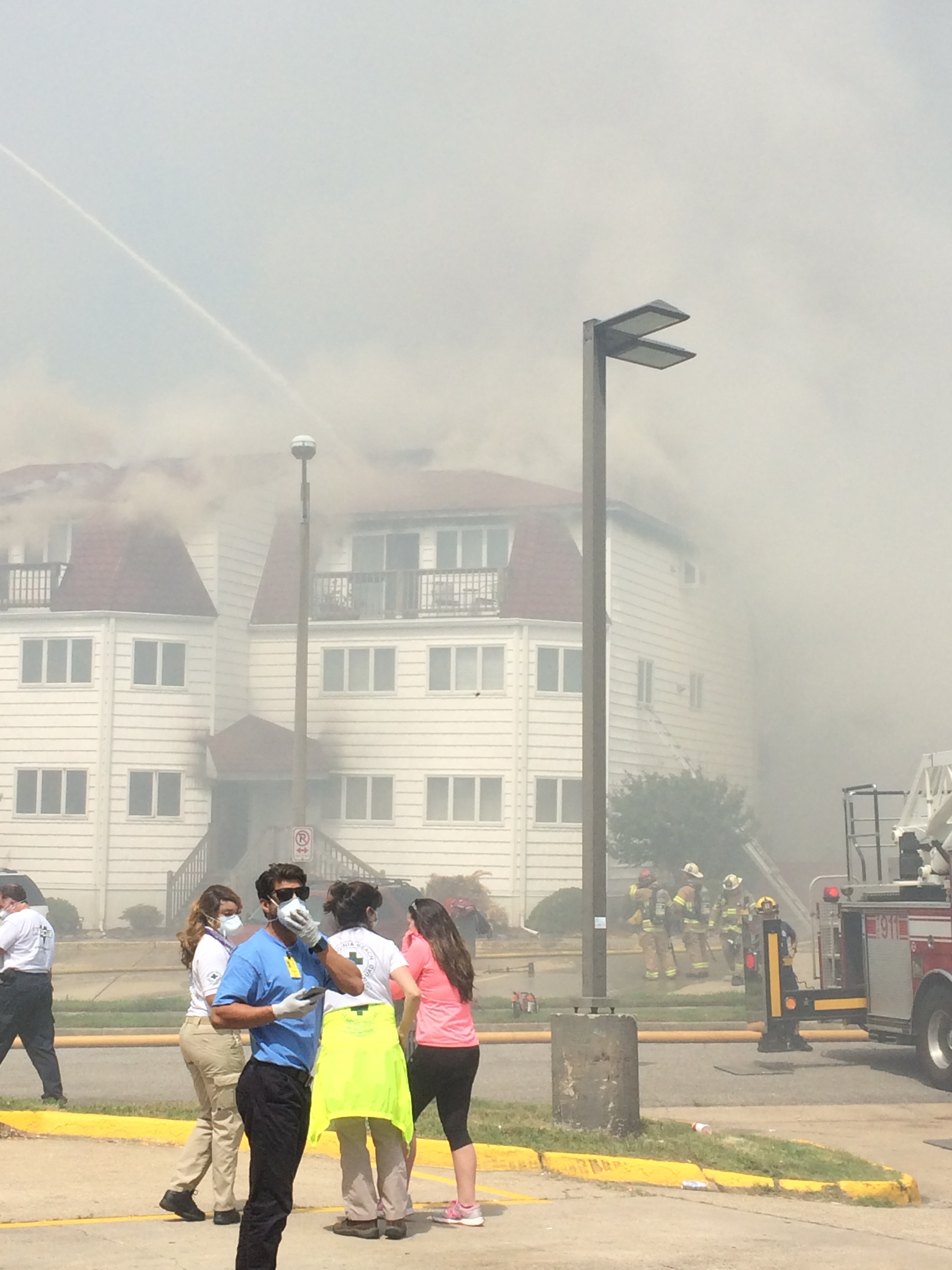