4 people in custody after police chase from Norfolk to Chesapeake

CHESAPEAKE, Va. - Four people are in custody and authorities are actively searching for a fifth person after a police pursuit that began in Norfolk and ended in Chesapeake. 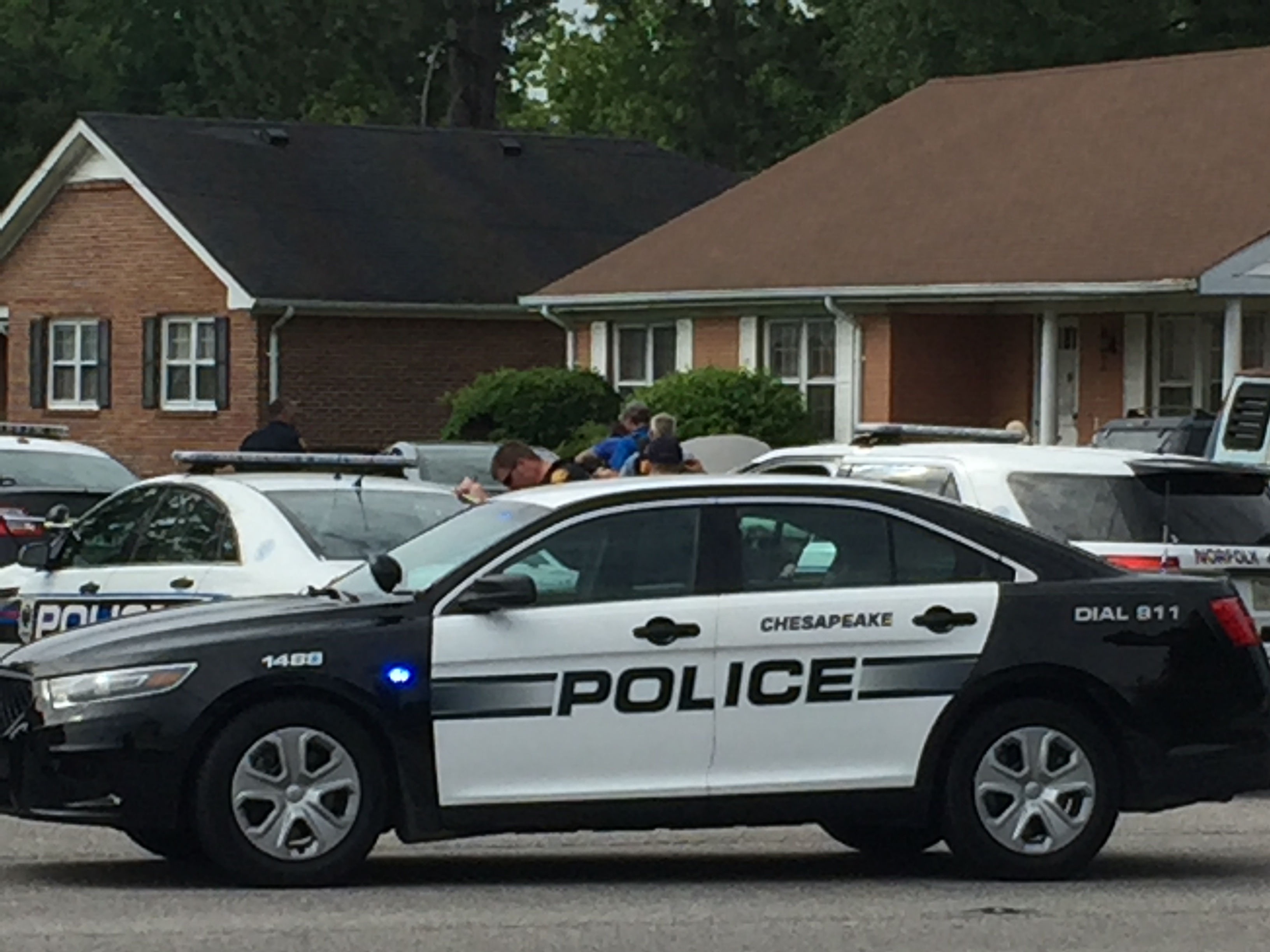 The pursuit started in Norfolk on Brambleton Avenue near Park Avenue at 9:28 a.m. after the Norfolk Police Fugitive Squad and U.S. Marshals Task Force spotted a vehicle occupied by five people identified as armed shooting suspects in a previous incident.

They attempted to stop the blue Mazda sedan, but the vehicle took off.

Norfolk Police officers pursued the vehicle onto I-264E. The vehicle exited the interstate at Military Highway and traveled into Chesapeake, turning onto Providence Road. That's when Chesapeake Police took over the pursuit.

The vehicle again refused to stop for Chesapeake Police.

The pursuit came to an end at Providence Road and Rock Creek Drive, near Campostella Road, after the driver attempted to make a left turn onto Rock Creek Road, lost control, left the roadway, and hit an unoccupied parked car in a driveway.

All five people in the vehicle attempted to run from the scene. Four of the people have been caught and taken into custody. Authorities are actively searching for the fifth suspect.

"It was absolutely crazy," said Patricia Rountree, a witness. "They were going so fast."

No one was injured during the pursuit.

Due to the police activity, Georgetown Primary, Indian River Middle, Indian River High and the Chesapeake Alternative School were placed in a precautionary lockdown at the request of Chesapeake Police. The lockdown was lifted after about an hour.

Stay with News 3 for more updates.

Get updates on-the-go with the News 3 mobile app.