As Cummins came into the courtroom, he looked at his two daughters and sister and mouthed the words, “I love you,” to them.

Cummins faces a charge of taking a minor across state lines for the purpose of sexual activity. If convicted, he would face a minimum of 10 years in prison on that charge. It is possible more charges will be added, officials have said.

Holmes asked Cummins whether he understood the charge.

He told Holmes he could not afford a lawyer.

Cummins’ sister, Daphne Quinn, was in the second row and appeared to be taking notes.

Cummins will make another appearance Friday before a magistrate. He is being held at a jail in Kentucky after being extradited this week from California.

Before his capture in April, Cummins and the young woman he told others was his wife slipped into a remote Northern California community unrecognized.

Cummins was arrested — and the girl was found safe — outside a cabin in Cecilville on April 20, ending a 39-day hunt for the teen who was reported missing some 1,900 miles away in her hometown south of Nashville. 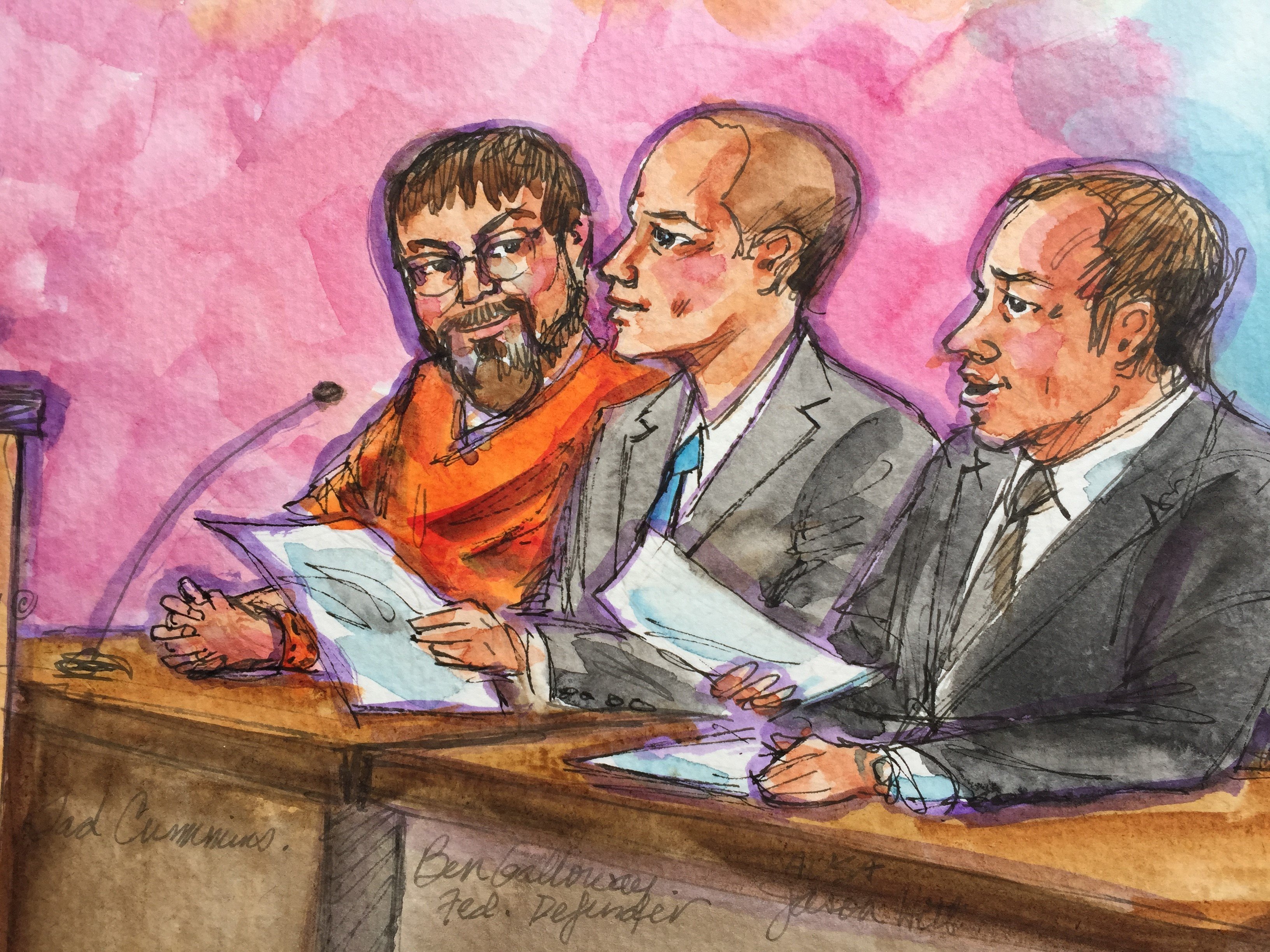 Cummins and the girl disappeared March 13 as a police investigation into their relationship was heating up.

A high school health sciences teacher in the town of Culleoka, Cummins had been suspended in February, less than a month after a student reported seeing him and the 15-year-old kissing in a classroom.

Authorities believe the teacher groomed the girl for nearly a year before they left and headed west. He told her stories about what he said was his past as a CIA and FBI agent flush with cash, her father has said.

According to a criminal complaint, Cummins refilled a prescription for Cialis, took out a cash loan, and made hotel reservations in Oklahoma, actions investigators say show he was planning to leave with the girl.

He was fired the day after they disappeared.

Tennessee law allows children older than 12 to decide whether to leave their families unless their removal or confinement “is accomplished by force, threat or fraud.”

To prove kidnapping, prosecutors will need to show the teen was unlawfully removed or had her freedom restricted.