HILTON HEAD, S.C. – A team of scientists out on a mission to catch and tag Great White Sharks.

OCEARCH, an organization based around marine life research, is celebrating its 10th year out on the water. The Lowcountry Expedition launched February 22 and wrapped up on March 15 tagging and releasing 4 sharks.

In total, 2 Great Whites and 2 Tiger Sharks tagged and released.

Tune in to News 3 at 11 Friday night as we ride along with the shark research team.

With each catch the fishing team lures the shark over to the OCEARCH platform which is lowered into the water to allow the shark to be hoisted onto the ship for research. The boat equipment is crucial to keep the shark and the team of scientists safe as they conduct their testing in a 12-15 minute period.

Everything from blood, sperm, bacteria and parasites are collected from the shark as they are measured and tagged. A global tracking tag is implanted in their skin and a spot tracker is drilled onto their dorsal fin.

The shark is named and released. Next is the fun stuff: tracking where the shark goes. 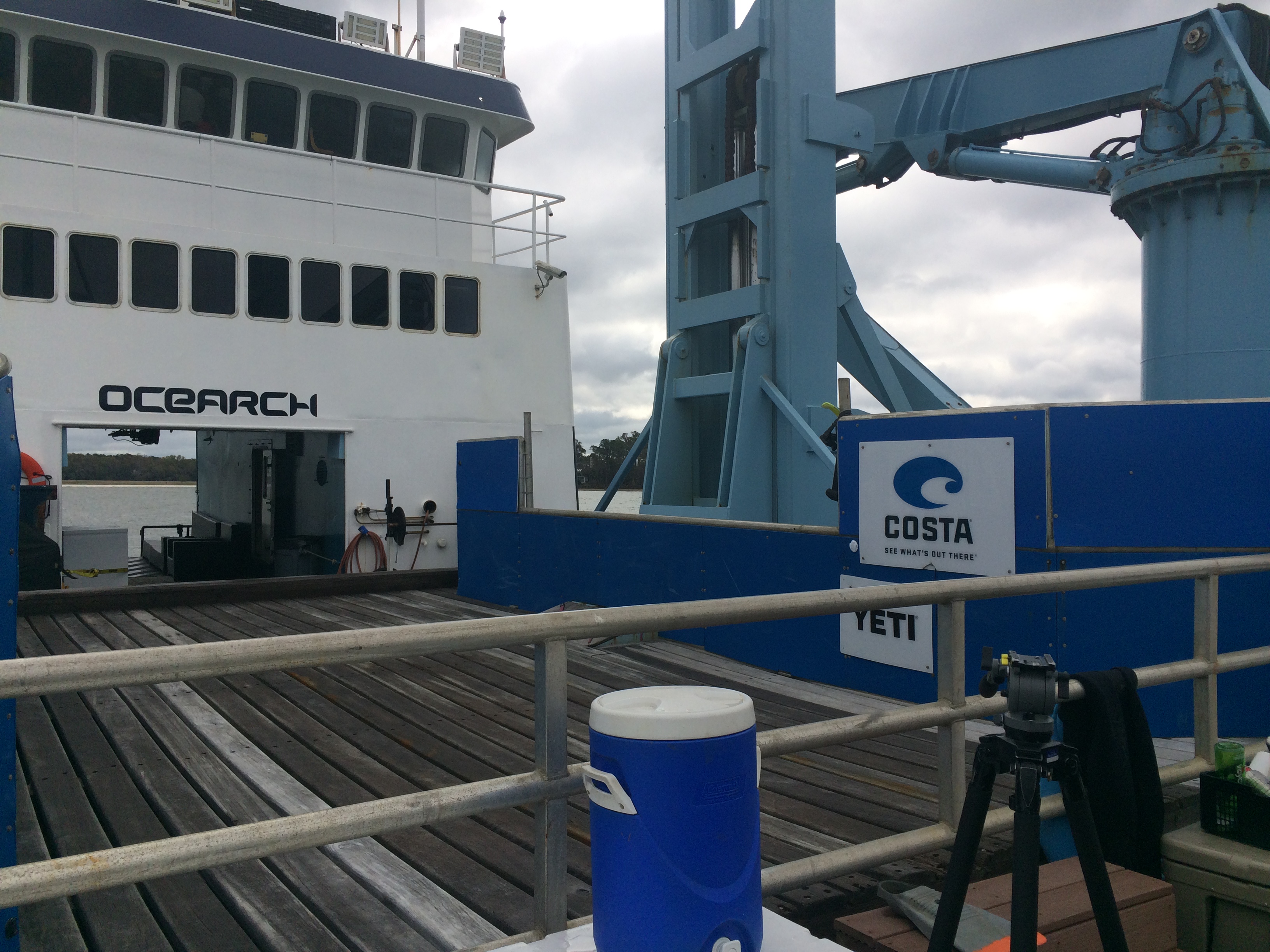 The shark’s trackers send a signal to different satellites and show their location on the OCEARCH map. The trackers and the website allow people all over the world to follow the shark’s movement.

Some of the sharks even have their own Twitter handle to let the world know of their movement and history.

But why? Why Sharks? OCEARCH founder Chris Fischer explains; “Sharks are the lions of the ocean, they are the balance keepers. They eat and call out the weak, dead and dying so the strong can multiple. No large sharks means no fish, an abundant population of sharks means max population of fish in a balanced system.”

Fischer and his team said statistics are showing we are down to the last 10% of our large shark population, meaning they need our help and we cannot help them if we do not know their behavior.

Doing the needed research calls for a crew of 22 on board the OCEARCH to collect information to share with the world. Fischer wanted to emphasize that the data these scientists collect is open to everyone when it goes on the OCEARCH website. He believes this model of business will help get more people involved in saving a resource we all enjoy; the ocean.

“I’m passionate about it. I love the ocean and I want my kids to see an ocean full of fish and if we don’t save the Great White Shark we won’t have an ocean full or fish,” said Fischer. His team echoed that sentiment.