Miss USA: Health care ‘a privilege,’ not a right 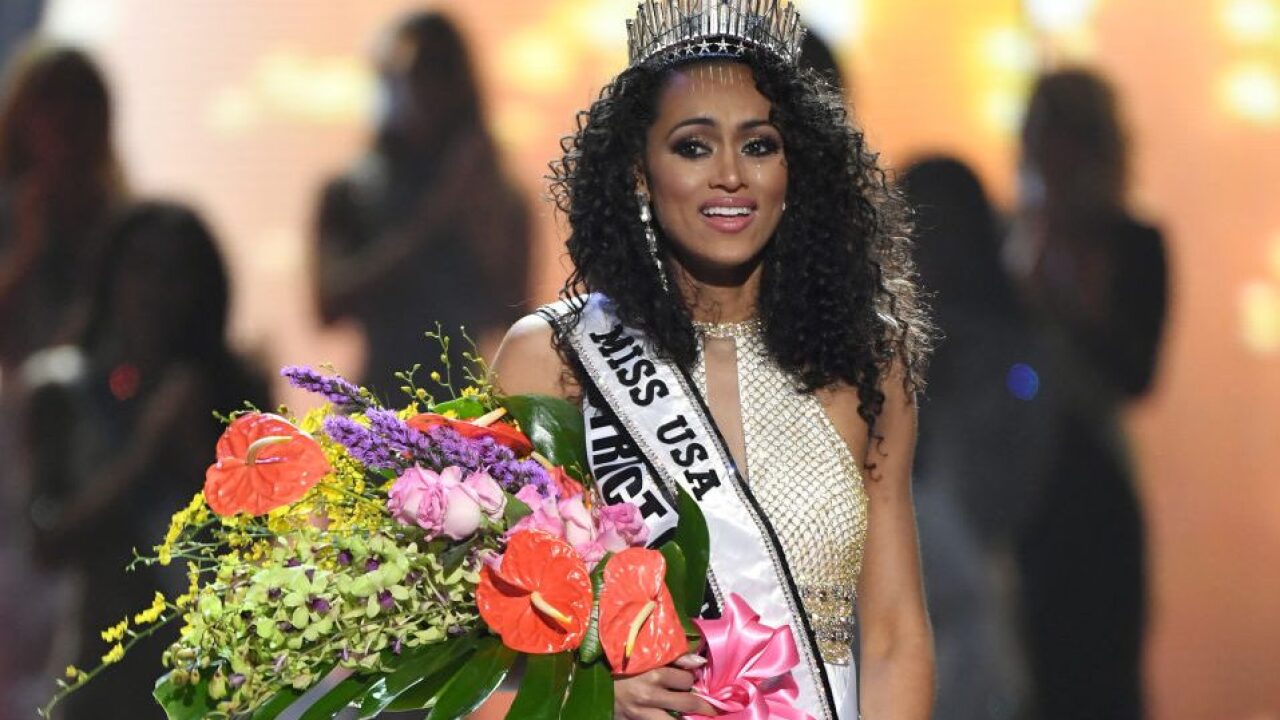 LAS VEGAS, NV – MAY 14: Miss District of Columbia USA 2017 Kara McCullough reacts after being crowned Miss USA 2017 during the 2017 Miss USA pageant at the Mandalay Bay Events Center on May 14, 2017 in Las Vegas, Nevada. (Photo by Ethan Miller/Getty Images)

Some of the major policy and social debates that have marked the beginning of Donald Trump’s presidency took center stage when the newly crowned Miss USA argued that health care is “a privilege” for working people and that she rejected “die-hard” views of feminism.

LAS VEGAS, NV – MAY 14: Miss District of Columbia USA 2017 Kara McCullough reacts after being crowned Miss USA 2017 during the 2017 Miss USA pageant at the Mandalay Bay Events Center on May 14, 2017 in Las Vegas, Nevada. (Photo by Ethan Miller/Getty Images)

Kara McCullough, a physical scientist at the United States Nuclear Regulatory Commission, was asked Sunday during the Las Vegas pageant’s question-and-answer section if “affordable health care for all US citizens is a right or a privilege.”

“I’m definitely going to say it’s a privilege,” the 25-year-old said. “As a government employee, I am granted health care and I see first-hand that for one to have health care, you have to have jobs.”

“So therefore, we need to continue to cultivate this environment that we’re given the opportunity to have health care as well as jobs to all American citizens worldwide,” she added.

McCullough, who represented Washington, DC, in the pageant, attracted quite a bit of social media pushback from those who believe that health care is a right that should be granted to all American citizens.

The US Senate is currently negotiating plans to repeal and replace the Affordable Care Act after the House passed its own version of legislation.

The Trump administration said last week that it is open to letting states impose work requirements, premiums and co-pays on some low-income adults receiving Medicaid, the government program that provides health insurance to poorer Americans.

Trump owned the Miss Universe Organization, which included the Miss USA Pageant, until September 2015, when he sold it to talent agency and marketing firm WME-IMG.

“So as a woman scientist in the government, I’d like to lately transpose the word ‘feminism’ to ‘equalism,'” the pageant winner said. “I don’t really want to consider myself — try not to consider myself like this die-hard, you know, like, ‘Oh, I don’t really care about men.’ But one thing I’m going to say, though, is women, we are just as equal as men when it comes to opportunity in the workplace.”

McCullough went on to say that seeing women in leadership roles in science and the workplace has had a significant impact on her views of gender and career. She runs a community outreach program that provides math and science tutoring for students.

“So as Miss USA, I would hope to promote that type of leadership responsibility globally to so many women worldwide,” she said.