VIRGINIA BEACH, Va. - On a couch, surrounded by family and friends, a then 9-year-old little girl was supposed to lose her long and brave battle to the side effects of a bone marrow transplant.

"While we had dozens of people in the house, Abby found a moment of quiet one time, individually to both mom and to me, and said in a very soft voice, 'I know I'm supposed to die, I don't think I'm going to yet,' says Joe Furco, Abby's father.

Almost a year later, going against doctors and science, Patty and Joe Furco say they will never doubt their daughter`s determination.

"We are witnessing a miracle," says Patty. "We have, and we continue to do so."

Abby was diagnosed with a rare form of leukemia, Pre-B Acute Lymphoblastic Leukemia (Pre-B ALL), at age four while in preschool in Virginia Beach.

Her father, Joe, was a commander in the Navy at the time.

"Not being able to see my sisters and my friends, that was one of the hardest parts of being in the hospital," says Abby.

Abby had the Philadelphia Chromosome, which did not allow the standard treatment to work.

Fortunately, the Furco's found the Ann & Robert H. Lurie Children's Hospital of Chicago, where there was a special trial of a new targeted therapy, called Dasatnib.

Abby started immediately and responded to the treatment, but for almost two years, she spent most days in the hospital.

Some of Abby's visits were for chemotherapy, others were for side effects, including scary and dangerous infections.

It wasn't until age seven that Abby's treatment was over, she was in remission, and her life finally felt normal again.

"Looking back on it, it was just magical, it really was," says Patty. "She lived as a second grader should."

Abby played soccer, swam on the swim team, and went to Camp Fantastic, where she spent a week away with other cancer patients and cancer survivors.

It's where she met Sarah Rostock.

"It helps you pull through with a lot of different things knowing that there's someone else in this big world that has this very unfortunate and rare event that you have went through as well," says Abby.

Their bond was especially powerful, when only ten days into her third grade school year, Abby got the news that her leukemia was back.

rah, who also relapsed from her leukemia, immediately reached out to the Furco's to help.

"It really helped a lot," says Abby. "It made me feel a lot more comfortable going on."

When they got the news, Joe says the Navy allowed him to defer his time at VFA-143, as executive officer, for an entire year, so his entire family could head back to Chicago to be with Abby during another difficult journey.

Abby needed a bone transplant and the National Marrow Donor program found a perfect match with an unrelated man in Germany, who agreed to extract his bone marrow.

The transplant was successful, but as a result, Abby developed Graft-Versus-Host Disease.

"She was in full kidney failure and on dialysis 24 hours a day," says Patty. "We slowly watched her become completely immobile."

From Chicago, to Duke, to Hampton Roads, Abby's doctors agreed there was nothing else they could do. Further treatment would only cause more pain and suffering, and barely buy them more time.

Off the dialysis machine, doctors said Abby only had a few days left.

Joe started to write her eulogy.

"Her response outside the emotional upset of being told you're going to die very, very shortly was, 'But, there's so much I haven't done yet,'" he says.

The Furco's threw a party for Abby in their Virginia Beach home so she could have a final night with family and friends.

However, the next day, she woke up.

"It was incredible," says Patty.

"Medically speaking, Abby should not be with us anymore," says Joe. "Abby thumbed her nose at the medical profession in this respect and said, 'Thank you for your opinion, I`ll see you guys in a couple of months, or a couple of years,' and has been continuing on."

After barely doing any walking on her own, Abby led the way down the aisle as flower girl at Sarah's wedding only a few months after she was told she would pass away.

"When her mind is made up, that`s what she does," says Sarah. "That's why she`s still here."

Today, almost a year later, Abby goes to school for a few hours every day she can, but stays completely caught up.

She has to take a lot of medication, daily, some that she will be on for likely the rest of her life, but she's playing soccer again, participating in Girl Scouts, and her favorite, cooking.

She just recently met her idol, Guy Fieri, in Norfolk. 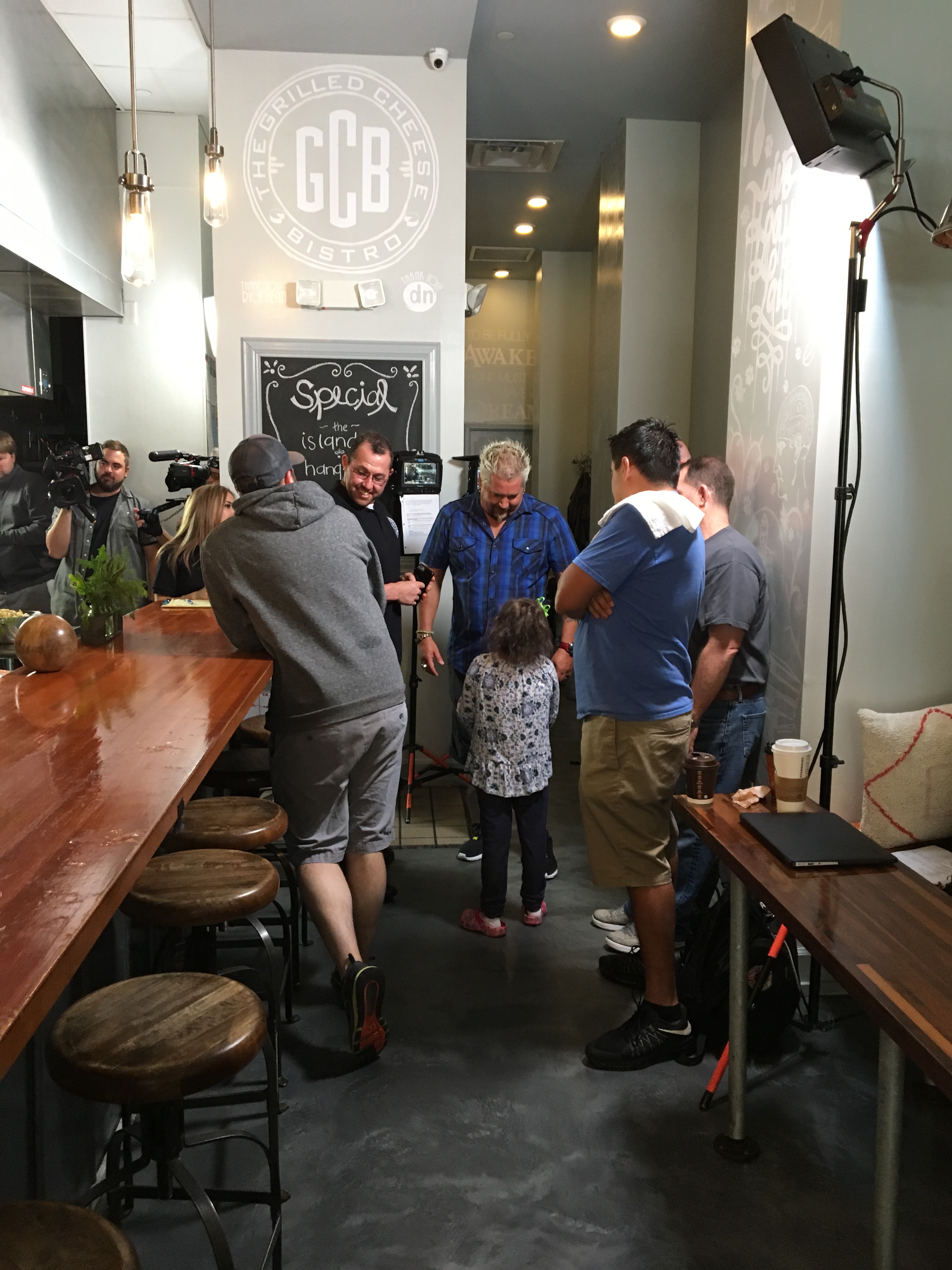 "In any way shape or form, I don't care if I'm a private chef opening my own restaurant," she says. "I just want to be a cook really."

Abby is also a 2017 ambassador for the St. Baldrick`s Foundation, the largest private funder of childhood cancer research grants.

It is best known for its events where volunteers shave their head to raise money for childhood cancer.

As an ambassador, Abby and her family attend local St. Baldrick's fundraising events, participate in interviews and share their journey with St. Baldrick's supporters and their local community.

For the Furco's, St. Baldrick's funded two drugs that Abby took, one when she was first diagnosed with cancer, and another that she took before transplant, which brought her out of heart failure.

"They have saved her life twice," says Patty. "We will make that statement very bold."

Now the Furco's are pushing to make sure other children have access to those life-saving drugs that are not readily available.

Currently, governments and foundations fund more research for adult cancers, and only 4% of federal funding is solely dedicated to childhood cancer research.

"We are now fighting not only for Abby today, but all those kids in treatment today, the kids that are going to be diagnosed tomorrow, and next year," says Patty. "We are fighting to save them."

As for what officially saved Abby last summer, the Furco's still don't know.

It could be the amazing love and support from the Navy, family, friends, the community, or something bigger.

They've stopped guessing. From now on, cancer and its side effects will no longer write Abby's story.

If you want to help the battle against childhood cancer, donate to the St. Baldrick's Foundation here.