Bear saved after getting its head stuck in a bucket 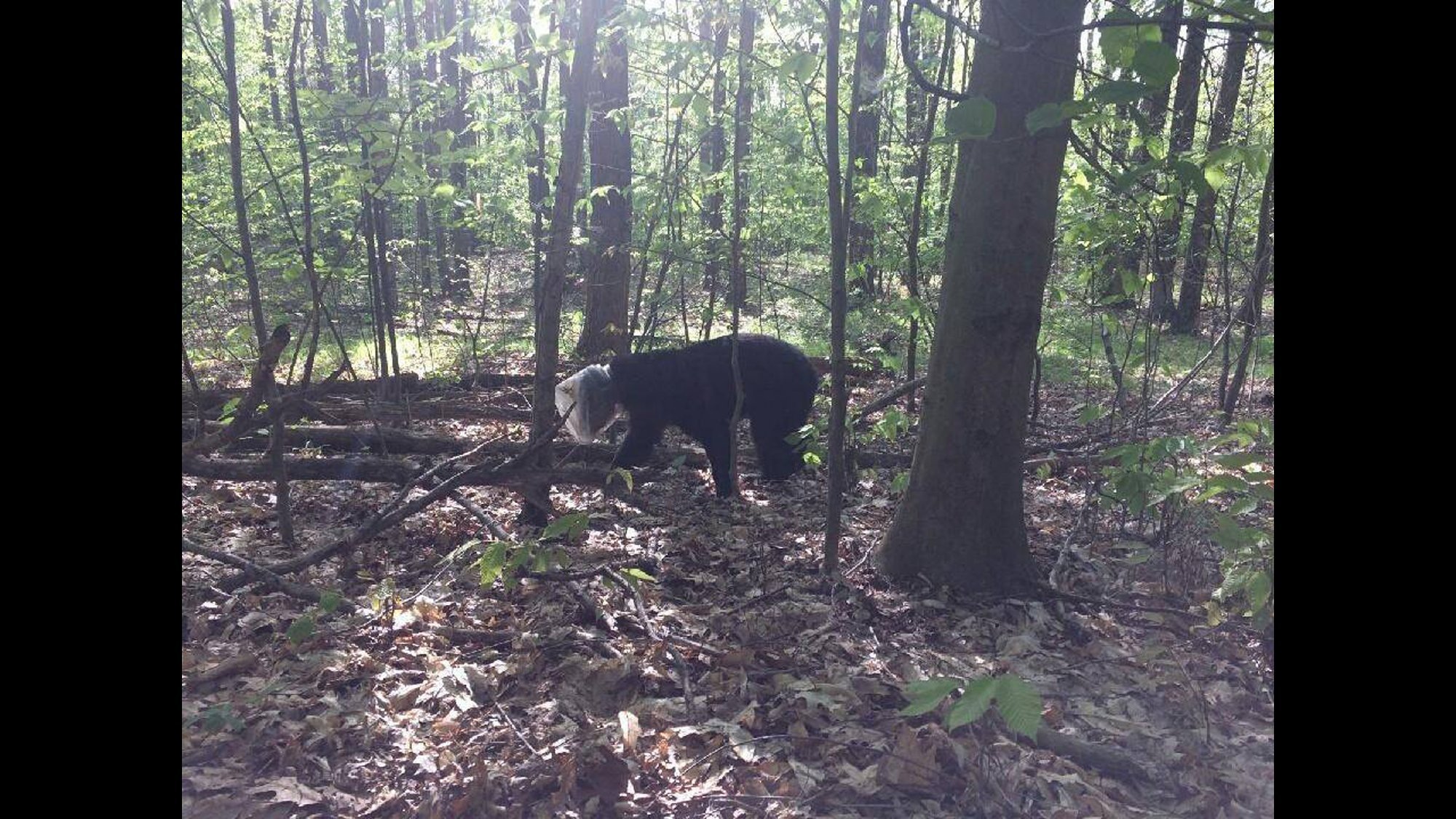 It looked like a scene from “Winnie the Pooh”: a black bear with a bucket on its head, biding its time in a yard in Kirkwood, New York.

The alarmed resident — and more than a few neighbors — called the state’s Department of Environmental Conservation on April 24 to report the ensnared bear. Officials put out two bear traps, and over the next three weeks, they caught three bears — but none with unwanted headgear, the department said on its Facebook page.

Then the bear — bucket still firmly affixed to its head — showed up May 19 in a nearby backyard. This time, officials tracked it for six hours and tranquilized it. They removed the bucket — the kind of plastic container that usually holds bulk pretzels or cheese puffs — and placed the critter in a trap overnight to recover.

“The bear had made a full recovery as he shot out of the trap like a cannon, seeming no worse for wear,” conservation staff said.

The department offers tips for how to avoid attracting bears. Step one: Keep appealing food out of sight.