Does a microcurrent facial really lift your face? 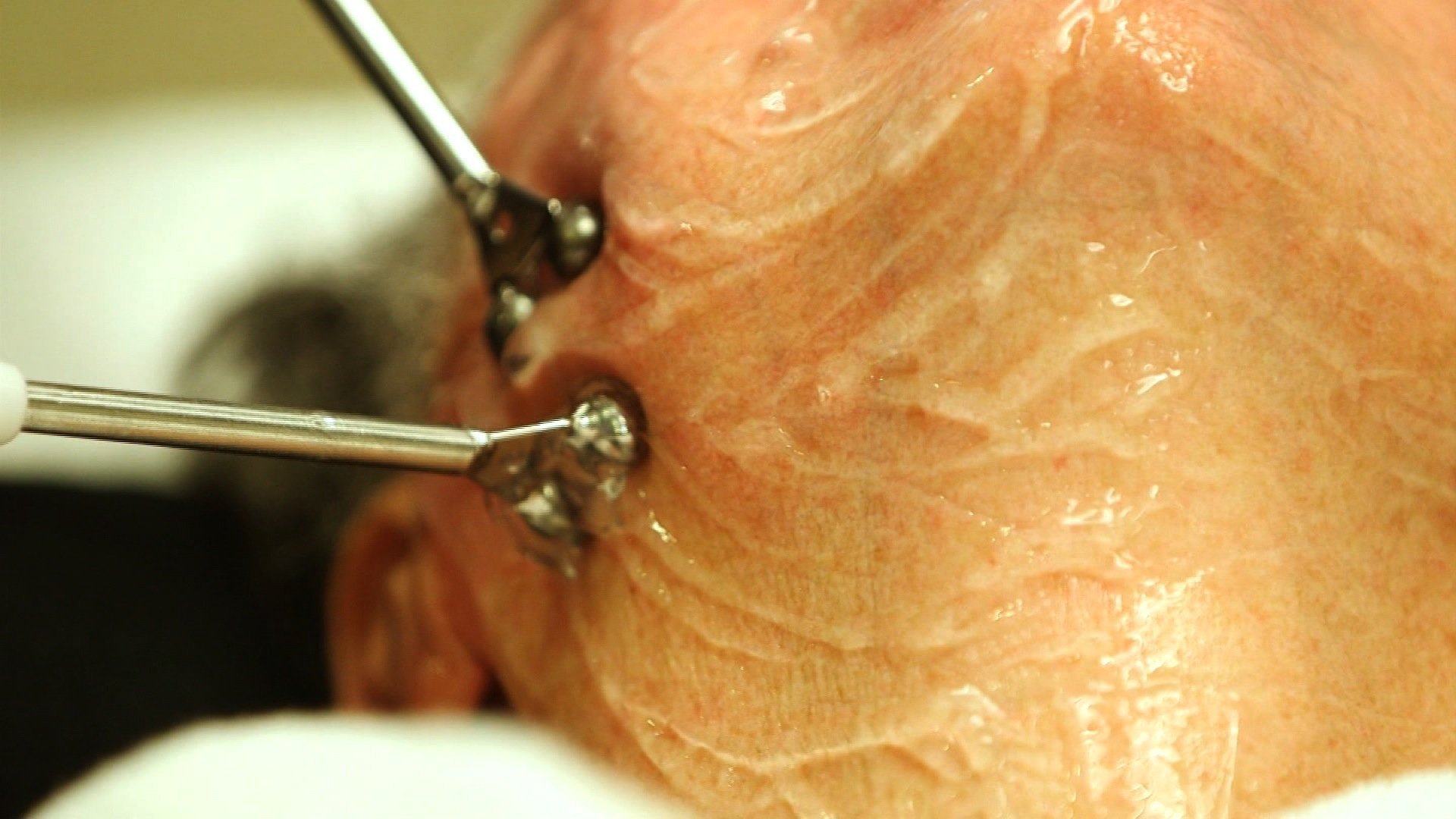 Have you ever worked out your face? An eyebrow-raising beauty trend, called a microcurrent facial, aims to do just that.

“It’s like a little workout for your face,” actress Jennifer Aniston said in an interview with InStyle magazine last year.

The electrical stimulation technology behind the microcurrent facial has been used in partnership with various treatments for patients afflicted with Bell’s palsy, a sudden paralysis or weakness of facial muscles that causes one side of your face to appear to droop. Now the technology is making waves in the cosmetic field.

Yet some experts question its effectiveness.

“It’s been used for facial paralysis for about 70 years, and it’s a common use for other areas of the body. If you pull your back or have a sore back or go to the physical therapist, they will hook you up to an electric (stimulation) machine sometimes. Same concept,” said Dr. Daniel Knott, associate professor and director of facial plastic and reconstructive surgery at the University of California, San Francisco Medical Center.

“I’m not aware of electro-stim doing anything to the skin, the dermis, the fat. I would only think it would help the muscles,” he said. “I would be skeptical of it doing anything except improving muscle tone.”

So, for cosmetic purposes, “theoretically, yes, I see a rationale for it if you want to increase your muscle tone in your face. You could do that. I just think you’d have to do it a lot,” Knott said.

For a cosmetic procedure, an aesthetician would apply a conductive gel to your face. The same type of gel is used for ultrasound scans, since it allows for the distribution of electric impulses, said Lauren Bays, an aesthetician.

Next, the aesthetician would use two metal prongs to apply electrical currents to the skin’s surface, stimulating the facial muscles underneath.

“These two wands talk to each other. They’re delivering currents back and forth,” Bays said while performing a microcurrent facial procedure on a patient at the Plastic Surgery Centre of Atlanta in early February.

“This treatment starts out with lifting and tightening,” she said. “It’s just electrical currents going back and forth here and stimulating the top layer of the skin and the muscle.”

The procedure ranges from $200 to $600 and takes about 45 minutes, Bays said. The more procedures you undergo, the more results you may see, she said.

During the treatment, patients might feel “a little bit of a tingle” on the skin or have a metallic taste in the mouth, Bays said, but many find the procedure to be relaxing.

The technology could be used similarly for a medical procedure. For instance, when people have facial paralysis or Bell’s palsy, they would see a physical therapist to learn how to move and retrain certain facial muscles, Knott said.

As part of that retraining, some therapists may use an electrical stimulation device to help patients gain control of individual muscles and facial expressions, Knott said. (Bell’s palsy can also be treated with anti-inflammatory medications, antiviral drugs, or surgery, according to the Mayo Clinic.)

Some experts, however, still question the benefits electrical stimulation may have for such patients. A 2015 review paper, published in the Journal of Novel Physiotherapies, found that “there is insufficient evidence” to support the procedure as an effective method to treat Bell’s palsy.

The University of Rochester Medical Center lists electrical stimulation among “alternative therapies” in the treatment of Bell’s palsy.

All in all, Knott said, microcurrent facials — whether used for cosmetic or medical purposes — are relatively safe.

“It might feel very nice to do it, as well,” Knott said. “It gives this prickly electric feel to the skin.”

However, he added, “there is no data demonstrating its effectiveness” as a cosmetic procedure.