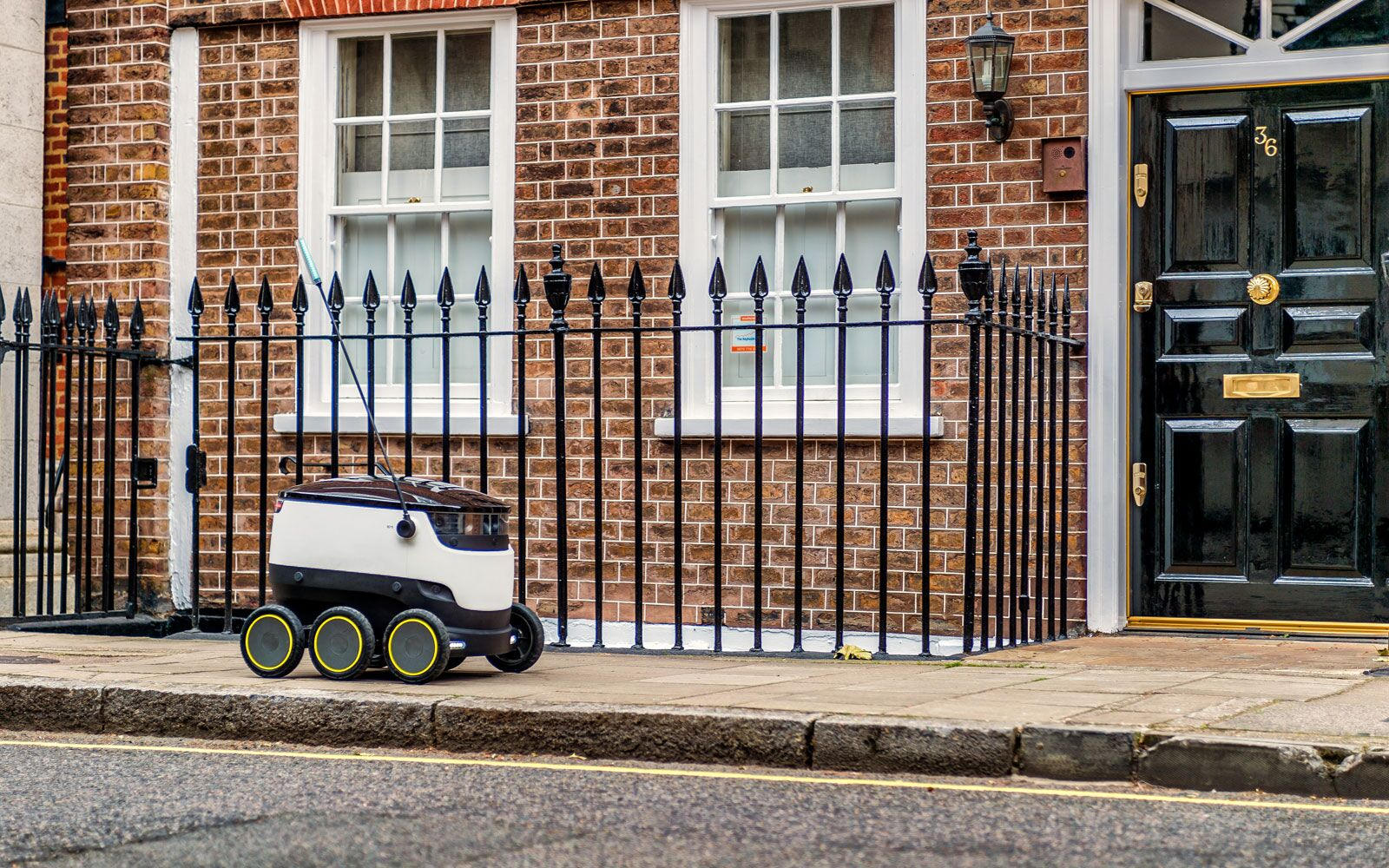 RICHMOND – Having your groceries delivered by a robot sounds like something out of The Jetsons, but that prospect is not as futuristic as you may think.

For the second year in a row, the Virginia General Assembly has passed a law to legalize the operation of autonomous vehicles. Beginning July 1, “electric personal delivery devices” will be allowed to operate on sidewalks and other shared-use paths throughout Virginia.

A leading manufacturer of EPDDs is Starship Technologies, a robotics company started by Skype co-founders Ahti Heinla and Janus Friis of Estonia. Starship is testing its robots in a number of European countries including England, Germany and Switzerland. In March, the company opened an office in Washington, D.C., and is operating the vehicles there.

State Sen. Bill DeSteph of Virginia Beach says he saw an opportunity to update existing Virginia laws to accommodate Starship’s delivery robots after being contacted by one of the company’s lobbyists.

“I did some research … and I told her, ‘I would love to make some legislation. This is cool,’” DeSteph said. Other members of the General Assembly must have thought the technology was cool, too: The Senate bill and its House counterpart passed with near-unanimous votes.

The new law is a continuation of efforts DeSteph began in the 2016 legislative session. That year, motivated by the rapid pace of technological advancements, he sponsored a law to allow for the operation of autonomous vehicles on roads.

“In the ’70s, you had cruise control,” DeSteph said. “In the ’90s, you had dynamic cruise control that wouldn’t let your car crash into the car in front of you.” He called autonomous vehicles “just another evolutionary step in these technologies.”

According to a recent press release, Starship’s EPDDs are designed to deliver goods during the last few miles in both urban and suburban areas.

The robots resemble a cooler on wheels. They can hold up to 22 pounds, have a two-hour battery life and operate within a three-mile radius of their home location. They are approximately 27 inches long, 22 inches wide and 22 inches tall and are limited to speeds of 4 mph.

To avoid running into people and other obstacles, a delivery robot uses a combination of nine cameras mounted on its body, GPS and computer vision to see where it’s going.

Because they move relatively slowly, Starship’s robots won’t operate in the streets. Instead, they will instead use sidewalks to get around. The company says its EPDDs will adjust their speed to match the walking speed of pedestrians. However, some people are worried that the delivery robots will clutter the pavement.

“My concerns are, who else uses the sidewalk?” says Harry Hylan, a maintenance supervisor in Richmond for Weinstein Properties. “People, dogs, wheelchairs, bicycles, skateboarders – that’s my only issue.”

At the same time, though, Hylan says he’s interested in what the technology has to offer. “I order a lot of stuff on Amazon, and I’ve just recently been considering ordering food items from them, too.”

If Starship can make sure its robots aren’t hogging the sidewalks, Hylan says he would definitely make use of their delivery services.

With the legal barrier to operation out of the way, Starship can now begin more extensive testing and deployment of its EPDDs in Virginia.

“I don’t know where they’ll go or when,” DeSteph said. “But Virginia’s ready for them.”