HAMPTON, Va. - Racial slurs, swastikas, gang signs and other words of hate were spray painted all over bathrooms at the Northampton Little League in Hampton.

"It looks so terrible I don't even know what to say," said coach and father of two boys David Conner.

The walls are covered in vulgarities and hate.

The sinks and mirrors are smashed, toilets ruined, and the suspects even left the water running.

A vanity just that was remodeled a month ago is also destroyed.

"I don't understand what satisfaction you would get to destroy something something that so many kids enjoy," said Conner, "It's just sad that someone does this to their own community."

The teams practiced Sunday morning and everything was fine but when they came back out to the field Monday they discoverd the problems.

"Realized there was water coming from underneath the doors and once we opened it up and found that it was completely destroyed," said Conner.

For decades, kids have been playing tee-ball, baseball and softball at the Northampton Little League.

"Terrible," said 7-year-old Ethan Conner, "We play here. We hit here. We do everything here."

"We are all volunteers from the board members on down to the assistant coaches for the teams," said Conner.

There is one week left in the season but now a massive problem left to clean up.

"Hopefully, we find who did it but in the meantime we have to keep her moving forward. There are a lot of boys and girls that rely on us," said Conner, "A lot of times when bad things happen to good people, the community comes together and really shows the love and I'm hoping that can happen here."

League officials said if they don't know how they're going to pay for all of this damage. They are hoping to raise money.

There are cameras nearby that they are hoping captured the criminals in the act.

Sunday night league officials were still waiting to hear back from police. 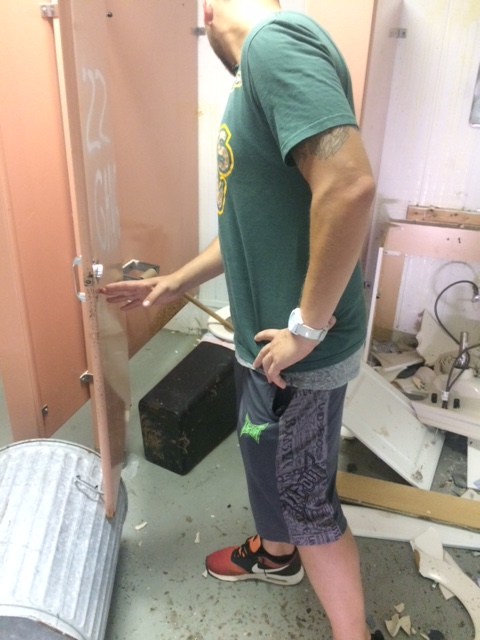