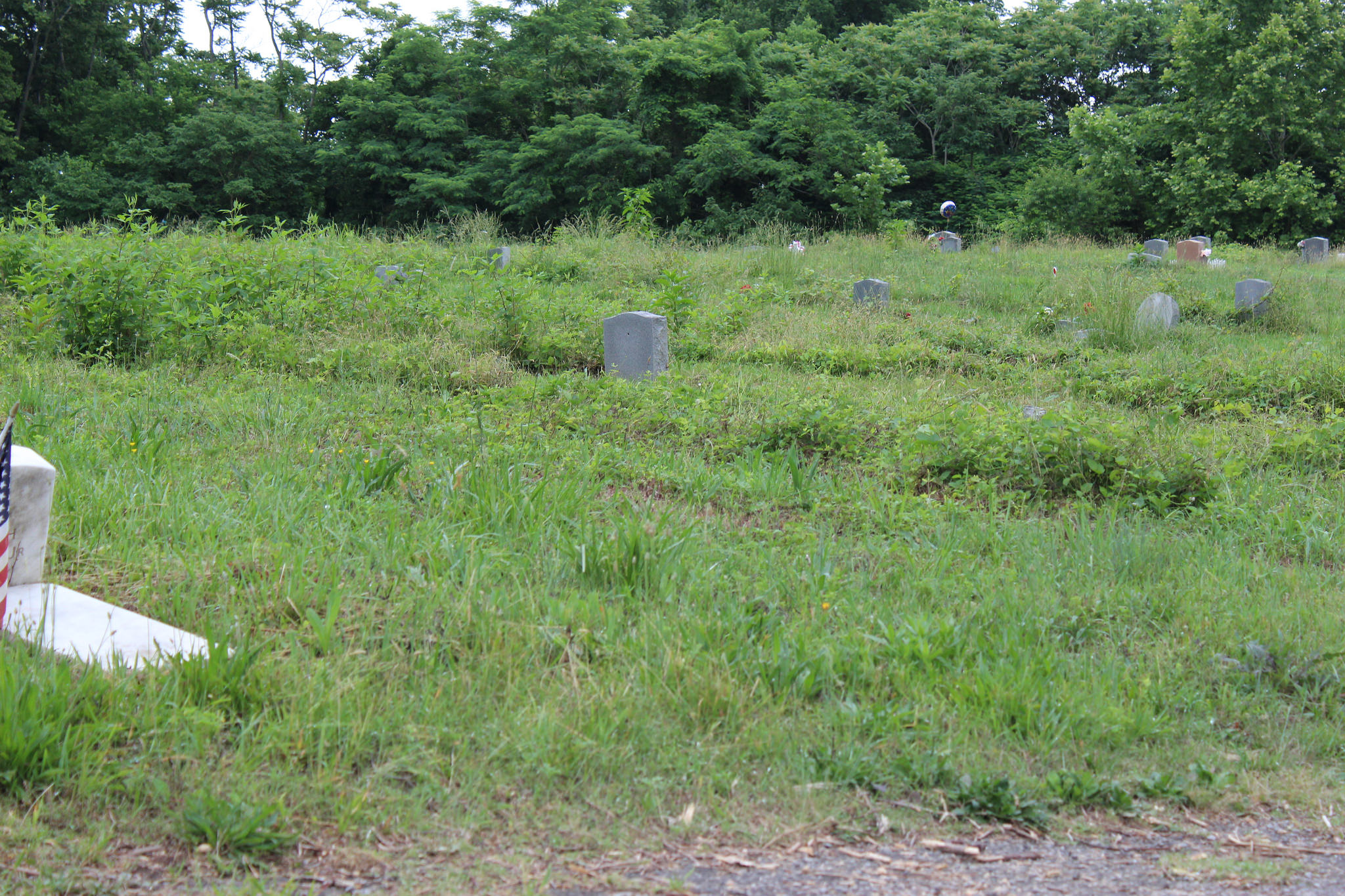 Hollywood Cemetery flaunts pristine iron gates, beautiful mausoleums and monuments, and majestic views of the James River. This gorgeous scenery is sorely lacking at two other historic cemeteries less than 15 minutes down the road.

When created in the 1800s, Evergreen and East End cemeteries were envisioned as high-end resting places for important African-American figures, just as James Monroe, Jefferson Davis and other prominent Caucasians were buried at Hollywood Cemetery.

But today, the African-American graveyards are far from high end. They are marred by cracked headstones, broken fences and overgrown vegetation stretching to the tops of the trees. At Evergreen and East End, rest in peace is more like rest in distress.

The condition of these gravesites could change when House Bill 1547 takes effect July 1. Introduced by Del. Delores McQuinn of Richmond, the new law will distribute funds to organizations to assist with the cleanup of “historical African-American cemeteries and graves.”

McQuinn has long had an interest in the cemeteries; she has relatives buried there. She said she appreciates the efforts of volunteers who have worked to spruce up the gravesites.

“I am grateful for the many volunteers and interest that people have taken into helping to maintain to the point that it’s presentable,” McQuinn said.

HB 1547 will benefit cemeteries that were established before 1900 for the interment of African-Americans and are owned by a governmental entity or nonprofit group. Under the law, the state will help cover the cost of maintaining such sites. Eligible cemeteries will receive at least $5 for each grave, monument or marker for an individual “who lived at any time between January 1, 1800, and January 1, 1900.”

East End Cemetery in Henrico County has 4,875 graves that qualify for assistance; Evergreen Cemetery in Richmond has 2,100.

John Shuck is the site coordinator for the East End Cemetery Cleanup and Restoration Project and the assistant coordinator for a similar effort at Evergreen Cemetery. Shuck had come across the cemeteries while exploring his interest in genealogy more than nine years ago.

Shuck said beautifying the cemeteries is a long-term commitment.

“The first thing you do when you go in there is clear it, but then you have to maintain what you clear. That’s what we’re hoping some of these funds will do,” Shuck said.

The two cemeteries hold the remains of African-Americans who had a significant impact on Richmond, Virginia and the nation. They include pioneering business leaders Maggie Walker and Hezekiah F. Johnathan and crusading newspaper editor John Mitchell.

Given the stature of such figures, how did the cemeteries fall into a state of neglect?

Shuck attributed the lack of attention to the migration of black families up north for jobs during the Depression, leaving no one to care for the graves.

But many people believe race also was a factor.

“I don’t think that the interest nor the commitment was made to that cemetery like Hollywood Cemetery received,” McQuinn said.

Gov. Terry McAuliffe made that point when he signed HB 1547 on May 17. He said the new law will remedy a long-standing injustice. “Unlike Confederate cemeteries, black gravesites have gone centuries without state funds allocated for their maintenance and preservation,” he said.

McAuliffe said the state has made annual payments to maintain Confederate gravesites. In addition, in 1914, the General Assembly appropriated $8,000 – the equivalent of $190,000 in today’s dollars – to improve Hollywood Cemetery. And in 1997, the state provided $30,000 to restore Confederate graves at Oakwood Cemetery, less than two miles from the dilapidated African-American cemeteries.

Under the new law, Evergreen and East End cemeteries finally will receive financial help, too. McQuinn has hopes of creating a “garden of reflection” where people can come to learn and connect with their history. That will take money, but McQuinn is optimistic it will materialize.

“I don’t have any doubt that we will get there,” she said.