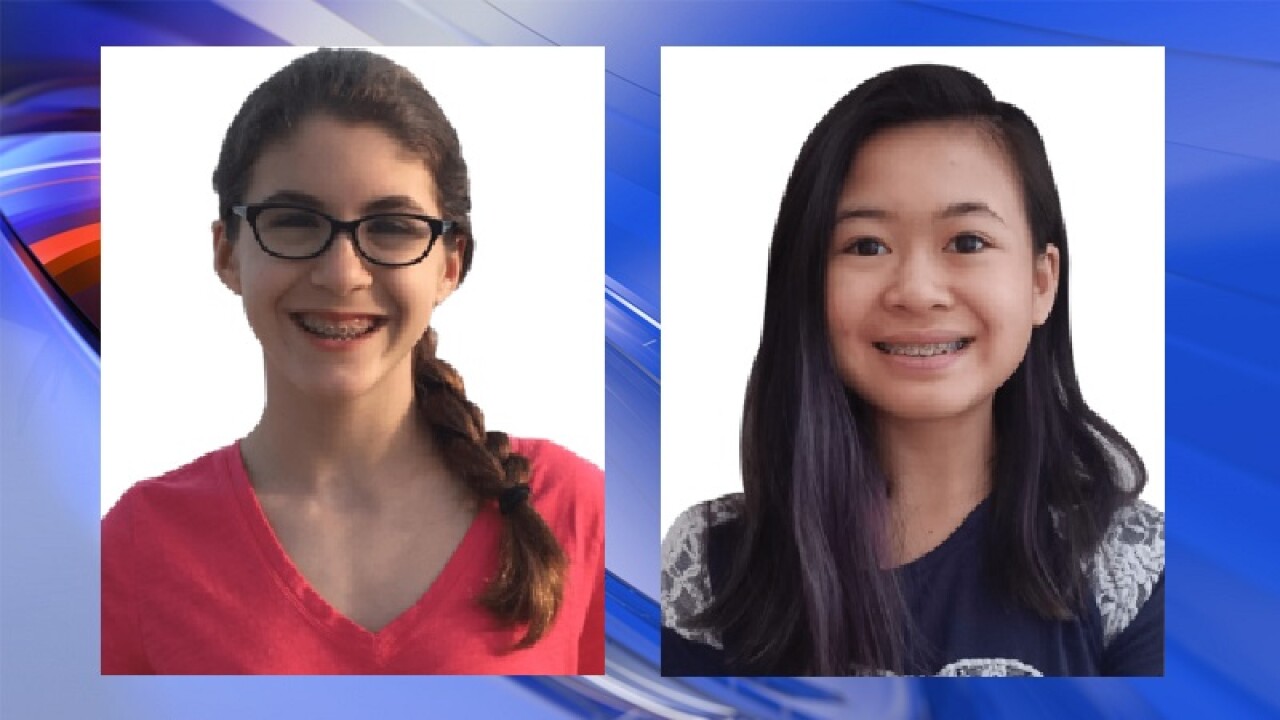 The Scripps Bee celebrated 90 years in 2017 and the competition was fierce.

There were 291 spellers competing in the Bee — 277 of them from the United States and 14 from other international areas.

One speller from Oklahoma, Edith Fuller, is a 6-year-old Kindergartner. She’s the youngest speller in Bee history to qualify for the national finals!

Three spellers, including Tejas Muthusamy from Henrico, participated in their fourth Scripps Bee.

Xuan Tran (Speller 252) is sponsored by The Virginian-Pilot. She’s a 14-year-old 8th grader from Queens Lake Middle School in Williamsburg. She spelled her Round 2 word “prosopography,” and Round 3 word “Namibian,” correctly.

Elizabeth Muller (Speller 185) is sponsored by the Washington Daily News. She’s a 13-year-old 7th grader from Cape Hatteras Secondary School in Frisco, NC. She spelled her Round 2 word “syncopation,” and Round 3 word “immure,” correctly.

Unfortunately, neither girl was selected as a finalist to remain in the competition.

A perfect score on the preliminaries test nets them 30 points.

On Wednesday morning, spellers moved on to preliminary Rounds 2 and 3. Spelling correctly in Round 2 and Round 3 are worth another 3 points each.

Spellers who spell a word wrong during Rounds 2 and 3 are eliminated from the competition.

The Finals start on Thursday morning with Round 4 and continue until a break is necessary or until a champion or co-champions are declared.

Spellers who spell incorrectly during the Final rounds are eliminated from the competition unless all spellers in the round misspell.

A tiebreaker test will also be held Thursday evening for all remaining spellers. The test consists of 24 items – 12 spelling and 12 multiple choice vocabulary. Each correct response is worth one point.

You can catch the action for Rounds 2 and 3 on Wednesday starting at 8 a.m. on ESPN3. Catch the finals on ESPN2 and ESPN on Thursday!

The champion of the Scripps National Spelling Bee winds a $40,000 cash prize and Scripps National Spelling Bee engraved trophy; a $2,500 U.S. Savings Bond and complete reference library from Merriam-Webster; $400 of reference works including a 1768 Encyclopædia Britannica Replica Set Deluxe Edition and a three-year membership to Britannica Online Premium from Encyclopedia Brittanica; a trip to New York City to appear on Live with Kelly and Ryan; and a trip to Hollywood to appear on ABC’s Jimmy Kimmel Live!

All finalists will receive a medal from the Scripps National Spelling Bee, and all the spellers will receive a Kindle Paperwhite from Kindle, a one-year subscription to MerriamWebster Unabridged Online from Merriam-Webster,  the Samuel Louis Sugarman Award — a 2017 United States Mint Proof Set presented by Mr. Jay Sugarman in honor of his father, and a one-year membership to Britannica Online Premium from Encyclopedia Brittanica.