Luxury buyers definitely have a thing for diamond-encrusted Hermes bags.

A matte white Himalaya Niloticus crocodile diamond Birkin 30 handbag was sold Wednesday in Hong Kong for over $377,000, making it the most expensive handbag ever sold at auction.

Christie’s said the Hermes bag, which boasts 18 karat white gold and diamond hardware, was purchased by an unidentified buyer after 15 minutes of “intense” bidding. 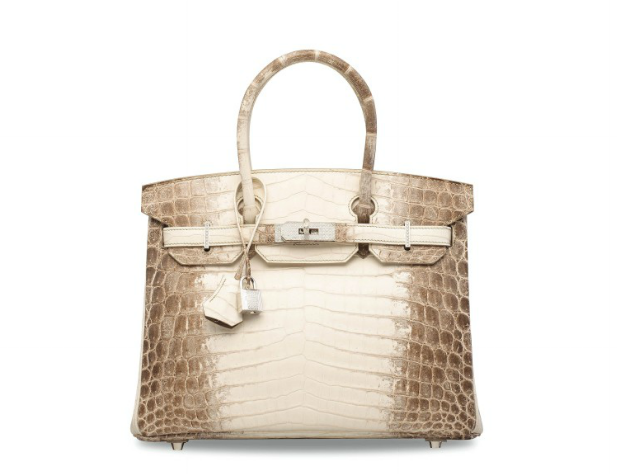 It’s not the first Birkin 30 to command an eye-popping prince. Christie’s last year auctioned a similar bag in Hong Kong for $300,000 — a record at the time.

The bags look nearly identical, but they have subtle differences: The bag sold Wednesday is encrusted with higher grade diamonds and features more gold.

Luxury connoisseurs consider Birkin bags to be the ultimate status symbols, typically reserved for celebrities and the super rich.

Hermes doesn’t disclose how many Diamond Himalaya bags it produces, But Christie’s estimates that only one or two are made each year.

Even if you have the money, buying one is difficult: The auction house said there is a six-year waiting list to buy a new one.

Birkin, who is now 70, recently told the BBC she rarely uses the bag. She said that she often overfills the bag, making it “very heavy.”

In 2015, Birkin asked Hermes to remove her name from the bags, because she was troubled by the “cruel practices” used to kill the crocodiles for the bags.

She later said she was satisfied by Hermes commitment to the ethical treatment of animals.