A lone gunman who caused panic and fears of a terror attack at a popular Manila casino committed suicide by setting himself on fire in one of the hotel guest rooms, Philippines police said Friday.

The incident unfolded in the early hours of Friday morning when the armed suspect forced his way into the Resorts World Manila casino, shot at gambling machines and set tables on fire.

Dozens of people were injured as panicked guests rushed to get out the building, according to Resorts Chief Operating Officer Stephen Reilly.

“It’s too early to tell, but so far as we are concerned there was no ISIS,” Dela Rosa said.

“If this is ISIS, all the people gambling inside should have been shot or already been bombed. He didn’t hurt anyone. Those who were injured got their injuries when they jumped from the windows,” he added.

The man ransacked a room and stole gaming chips worth 1 million pesos ($20,000) each, Dela Rosa said. He added that the suspect appeared to be Caucasian and had a mustache.

Early reports suggested the gunman had been shot, but police later said he’d committed suicide by setting himself alight.

“The lone gunman committed suicide by setting himself on fire in one of the rooms on the fifth floor of the Resort World Hotel,” the National Capitol Region Police Chief Oscar Albayalde told reporters in Manila Friday.

Resorts World Manila, also known as RWM, is a resort complex in Newport City, a residential and commercial center in metropolitan Manila. The complex, which is described on RWM’s website as “the first and largest integrated resort in the Philippines,” is across from Ninoy Aquino International Airport.

Hundreds of guests and employees rushed out of the resort hotel around midnight Thursday (noon ET) after the masked gunman on the second floor began shooting a gun, hotel employees fleeing the scene told CNN Philippines.

Jay Dones, a witness on the scene, said some employees had told him a gunman fired shots in the air. Dones said employees told him they saw two suspects wearing black and carrying long firearms, however police later said there was just one suspect.

“One of the employees told me that the suspect began pouring the contents of the bottle on one of the tables and lit it on fire,” Dones said.

Witnesses also told about hearing what sounded like explosions.

“I could smell some kind of smoke that came from an explosive device,” said Tikos Low, who said he was in the resort’s casino along with a few hundred other people, when the attack began.

The resort was put on lockdown and heavily armed SWAT officers wearing bulletproof vests and body armor descended on the scene.

Video captured people fleeing, the sound of gunshots and smoke coming from the upper floors of buildings.

All terminals at Ninoy Aquino International Airport were placed on lockdown because of the attack, according to Robert Echano with airport operations. The airport is about a mile away from the resort.

Later the airport returned to normal operations but was on heightened alert, an airport official said.

In Quezon City, one of the municipalities in metro Manila, Police District Director Guillermo Eleazar ordered all 12 police stations in the city to set up checkpoints and to maximize police visibility. All mobile patrol units and tactical motorized units of QCPD were deployed to secure the city.

Eleazar also called on the public to remain calm and to refrain from spreading unverified information and to be vigilant at all times.

Conflict in the south

The Philippines has been grappling with incidents of terrorism, especially on the southern island of Mindanao. There, in the city of Marawi, government forces have been battling ISIS-linked militants for control of the city.

The battle for Marawi, a largely Muslim city, has displaced at least 70,000 residents and left 140 people dead. The terrorist siege began last week, just as Muslims worldwide started to mark the holy month of Ramadan.

Philippines President Rodrigo Duterte declared martial law over the island of Mindanao in light of the crisis. Duterte also suggested he might extend martial law through year’s end or impose it nationwide, alarming critics.

Shortly after the incident began, the US State Department warned American citizens to avoid the area and to let family and friends know they were safe.

In Washington, President Trump seemed to think terrorists were involved in the resort incident.

He opened his White House announcement about leaving the Paris climate accord by saying “our thoughts and our prayers” are with those affected by the “terrorist attack in Manilla.”

Not long after, officials in the Philippines announced it wasn’t terrorism.

Trump was briefed by National Security Adviser H.R. McMaster on the Philippines incident before he went into the Rose Garden, a White House official said Thursday.

The official declined to comment on whether the incident was called a terrorist attack in the briefing. 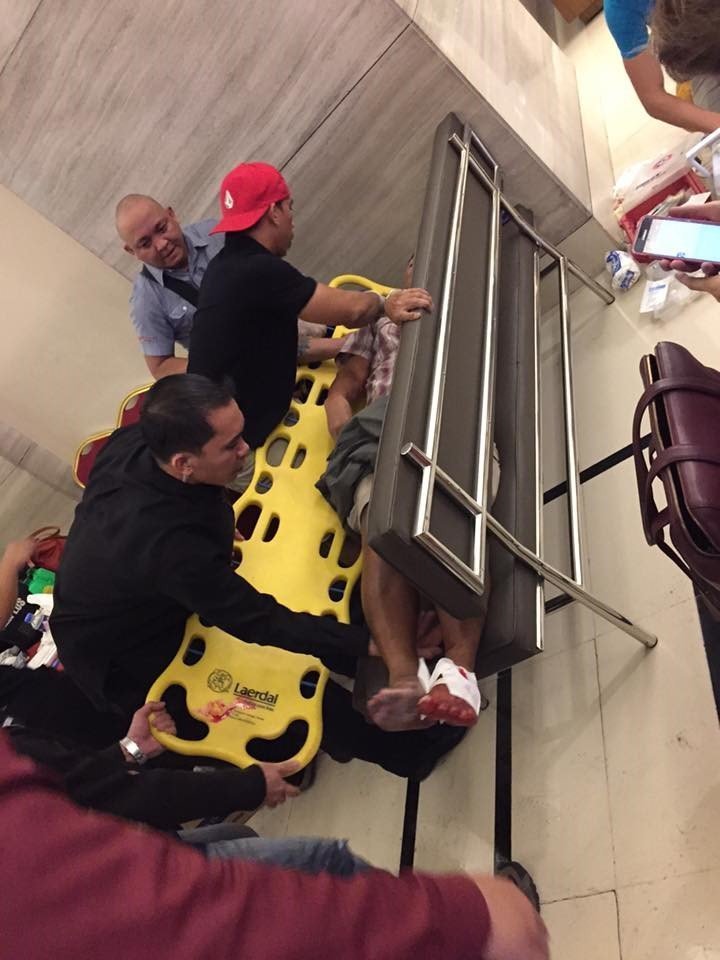