Thousands show up to pitch in at Clean the Bay Day 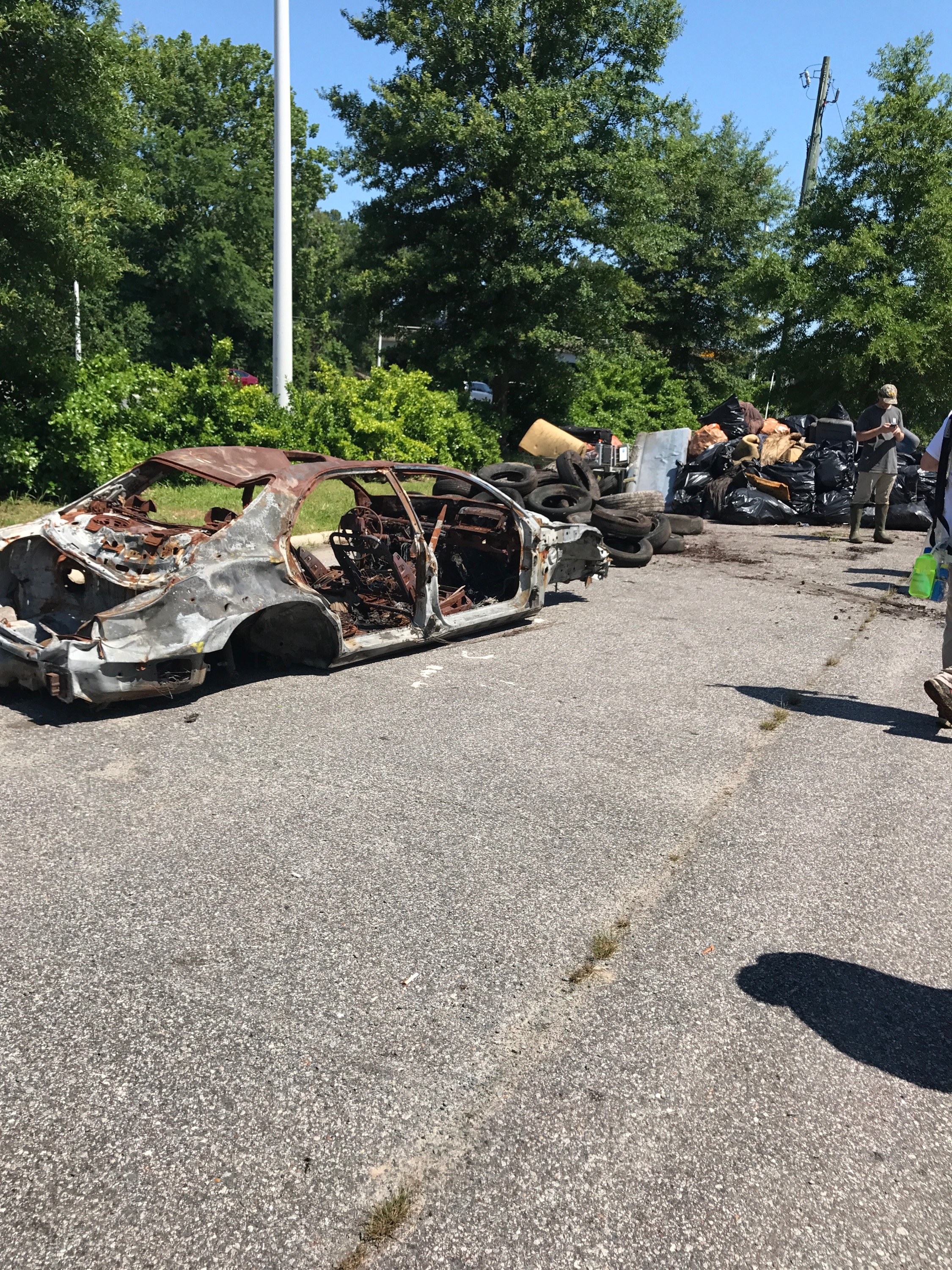 Thousands of volunteers turned out Saturday for the 29th Clean the Bay Day, the Chesapeake Bay Foundation’s (CBF) said.

The event is and annual shoreline and stream cleanup and one of the largest volunteer events in Virginia.

In just three hours, an estimated 6,000 volunteers at 250 sites across the state, on foot and in boats, removed approximately 100,000 pounds of litter and debris along 450 miles of shoreline.

The CBF said the most common items found during the cleanup were plastic and glass bottles, aluminum cans, plastic bags, and cigarette butts.

Participants also found items like a rusted out car, dishwasher and stove, a complete bed frame, several shopping carts, 40 cucumbers, a whole coconut, a mannequin head, a headless Barbie doll, an old cash register, a computer, a full gas can, multiple car batteries, a weed-eater, contact lenses in a case and a vintage pepper shaker.

Cleanups were held at scores of sites across Virginia, including Hampton Roads, Virginia’s Eastern Shore, Richmond, Charlottesville, the Shenandoah Valley, and Northern Virginia. All of Virginia’s state parks within the Chesapeake Bay watershed offered cleanup sites. Overall, 17 cities and counties and 22 state parks throughout the state were represented at the event the CBF said.

“Clean the Bay Day not only raises awareness, it also fosters a culture of taking care of our shared waterways,” CBF’s Council added. “Litter is one obvious threat to Virginia’s waters, but there’s still a lot of work to be done to clean up less noticeable sources of pollution. That’s why it is so important we stand behind the Chesapeake Clean Water Blueprint, the federal-state partnership to restore the Bay and its rivers.”

Since 1989 the CBF said Clean the Bay Day has engaged approximately 152,000 volunteers to remove more than 6.4 million pounds of debris from more than 7,390 miles of shoreline.