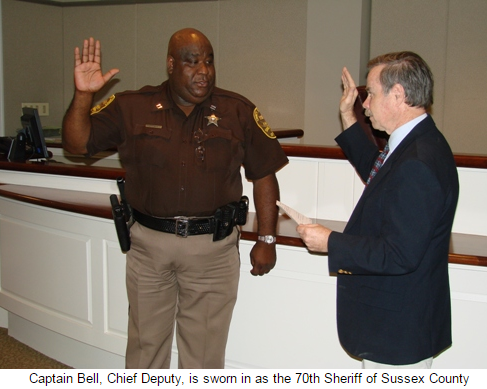 SUSSEX Co., Va. – The Sussex County Sheriff has passed away Saturday, according to a post on the Surry County Sheriff’s office Facebook page.

Sheriff Carlos Turner said Sheriff Raymond Bell was a blessing and that he was sad to hear of his passing.

The two had open conversations and Bell was a mentor to Turner, the post said.

We are saddened to announce that on June 3, 2017 Sheriff Raymond R. Bell died after battling a lengthly illness. He will be missed by his staff, his family, and all who knew him.  Arrangements will be posted as they become available.