NORFOLK - Reshaunda Gerald has been missing since January 4, 2017 but recently unsealed court documents are shedding light on where police are in their investigation.

The search warrants were filed to AT&T and Google in March. The documents said Norfolk Police were looking for information about one of Gerald's ex-boyfriends including his emails, address book, geo-tagging data, calls records, text messages and location information.

According to the documents, the warrants were filed in relation to a possible abduction.

The search warrants state Gerald's father contacted Norfolk Police on January 6. Gerald had not been seen or heard from since the morning of January 4 when her mother saw her get into her ex's car.

According to the documents, later that day, Gerald's phone went right to voicemail when people called her. Her Facebook, which normally was constantly updated, remained quiet.

Search warrants claim Gerald's ex was interviewed on January 11. He told police he took Gerald to pay her water bill the morning she disappeared. The two then went to Portsmouth and had sex before Gerald was dropped off near the intersection of Lincoln Street and Olney Road in Norfolk, according to search warrants.

Police say Morgan gave authorities the permission to go through his cell phone. Police also checked with Elizabeth River Tunnels and the South Norfolk Jordan Bridge to see if the ex's car went over either during their trip to Portsmouth. The search warrants claim the records with both roadways do not corroborate the ex's story to police.

Search warrants also discuss items that were found during a search of the ex's car.

According to the documents, the car belongs to the ex's wife. On February 11, police found a hatchet wrapped in a plastic bag inside of the car's trunk.

The hatchet and underlying car mat were treated by a chemical called Bluestar, which reacts with hemoglobin in human blood and glows blue. According to search warrants, both reacted positively to the chemical.

At this time Norfolk police have not arrested anyone in connection to Gerald's disappearance, they are still investigating her disappearance. 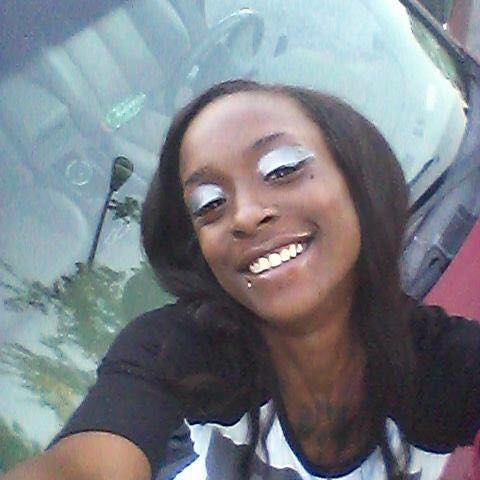