In a signature role, West played Bruce Wayne and his alter ego, the crime-fighting, costumed Batman, a popular comics character who came to life on the ABC-TV series. The show, with a catchy — some might say aggravating — theme song, earned a cult following.

The series lasted three seasons and enjoyed a long afterlife in syndication.

The actor was born William West Anderson in Walla Walla, Washington, and went on to earn a degree in literature and psychology from Whitman College.

Working as a disc jockey, West developed a dramatic and memorable voice, which he usedly effectively as the Caped Crusader.

“If I pick up a telephone and make an international call, the operator knows my voice immediately, as does everybody else,” he told CNN in an interview two years ago.

“Catwoman, I find you to be odious, abhorrent and insegrevious,” he memorably told one villain.

The list of entertaining thugs who played opposite West was long and illustrious: actresses Julie Newmar, Eartha Kitt and Lee Merriwether (in a movie spinoff) as Catwoman; Cesar Romero as the Joker; Burgess Meredith as the Penguin; and Frank Gorshin and John Astin as the Riddler.

Batman’s sidekick was Robin the Boy Wonder, who as Dick Grayson was Bruce Wayne’s ward.

The Batman character “has to be mature enough to have a ward, he’s a mentor or he has adopted a son, so to speak,” West once said.

“This is a terribly unexpected loss of my lifelong friend,” Burt Ward, who played Robin on the series, said in a statement in Variety. “I will forever miss him. There are several fine actors who have portrayed Batman in films. In my eyes, there was only one real Batman that is and always will be Adam West. He was truly the Bright Night.”

Typecast but not bitter

Although he won his share of acting parts over the years, West became typecast, but he didn’t become bitter about it.

“When you wear a mask and funny tights … it gets a little frustrating from time to time,” West said. “I was turned down for a number of parts over the years, I feel, because of that.

“Wherever I go in the world, there’s such a wonderful rapport with our Batman that it’s neat,” he said. “People come up and play entire scenes for me unsolicited, but I got to laugh. … How lucky can a person get to be part of something that is a classic?”

Cartoons revived his career, and West fit right in with “Family Guy.”

“Family Guy has lost its mayor, and I have lost a friend,” the show’s creator, Seth MacFarlane, said on Twitter. “Adam West was a joy to work with, and the kind of guy you always wanted to be around. His positivity, good nature, and sense of fun were undeniable, and it was always a big jolt of the best kind of energy when he walked in to record the show. He knew comedy, and he knew humanity.

“I am beyond fortunate to have had the privilege of working with him, and he will be profoundly missed by all of us. Thank you from the bottom of my heart for all that you have given, Mr. Mayor. You’re irreplaceable.”

Five years ago, West was honored with a star on the Hollywood Walk of Fame.

“I think I have the record as the actor who has waited the longest to get his star on the sidewalk,” he said. 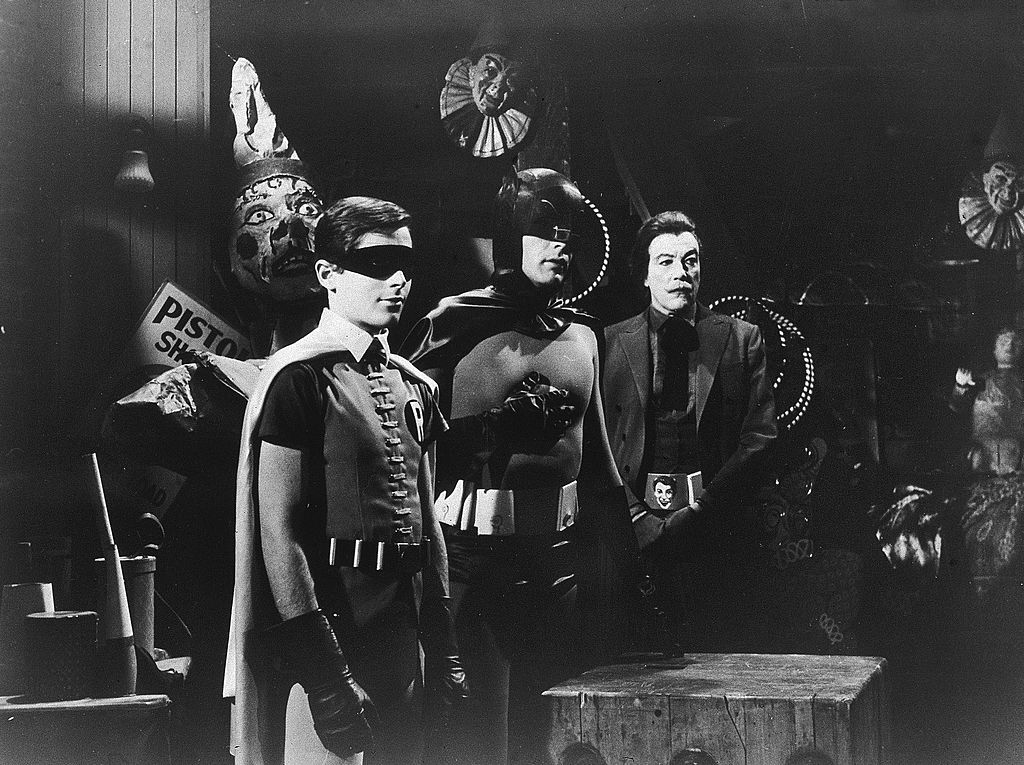