NEWPORT NEWS, Va. - 48 bottles that were previously used to make meth were found behind a store in Newport News.

Fire officials said the 'meth dump' was found on Chatham Drive around 5 p.m.

Workers from landscaping company Heritage Gardens Tree and Lawn tell News 3 they were removing shrubs behind the store when they noticed the materials.

"...Bottles that actually had vent tubes coming out of the lids and were all completely full of a white liquid substance and that just didn`t seem right," said Brandon Jenkins, a Heritage Gardens employee. "I just think it's kind of crazy and I'm glad we could get it taken care of."

The measures were taken to ensure the bottles did not contain meth making processes still.

The 'one pot method' is dangerous because the components used heat up and they could explode.

Hazmat crews did not find anything visible in the bottles. Fire officials said someone made meth in the past and dumped the trash at this location.

The bottles appeared to have been there for about seven to nine months.

Fire officials said it takes three to four days to make a one pot bottle so this was not a one-time meth material dump. 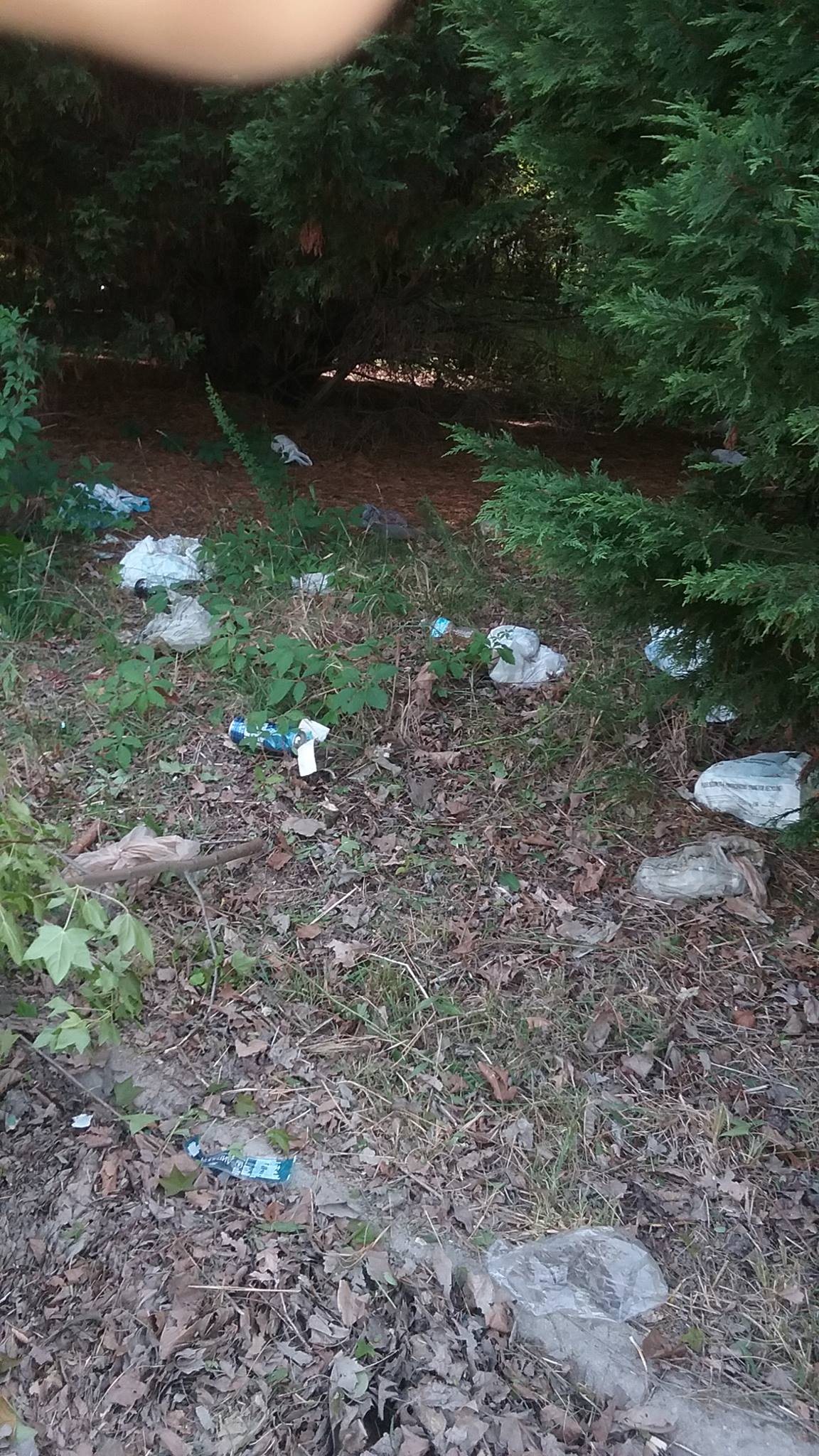