Is this the world’s toughest bike race? 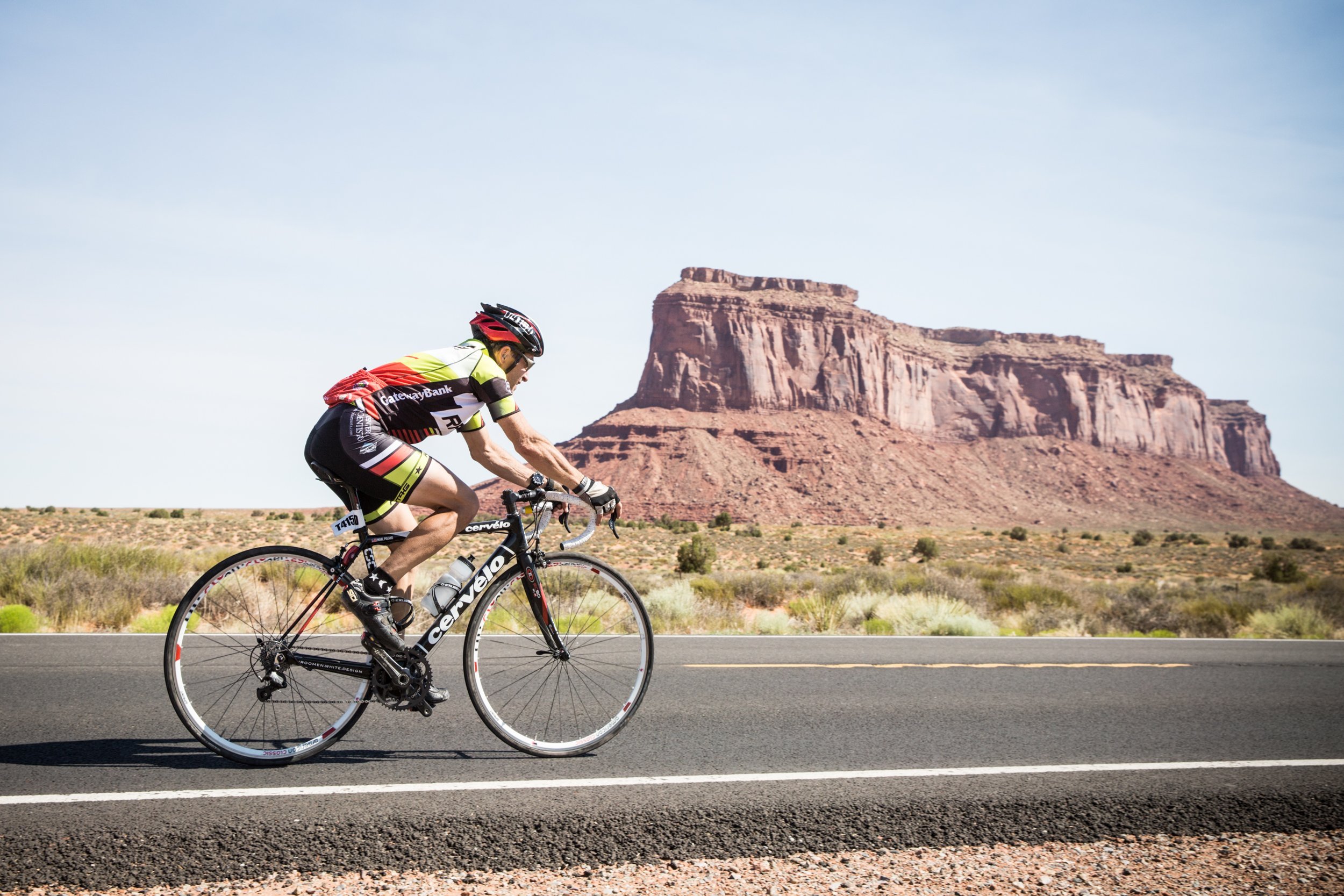 It’s the dead of night, you’re cycling through the desert and are so chronically fatigued you think you’re seeing goblins.

Welcome to Race Across America (RAAM) — 12 days of hell spent pedalling from the west coast to the east.

The route stretches 3,000 miles across 12 states, taking in the Rocky Mountains, the Great Plains, Monument Valley as well as the Mojave and Sonoran Deserts, and demands 170,000 feet worth of vertical climbs.

It’s a third longer than the Tour de France and has to be completed in half the time, without stopping.

“It’s a surreal experience if you’re out in the desert at 3am,” Phil Magnus, a mechanic for British cyclist Shusanah Pillinger in 2014 and 2015, told CNN.

“At times we’d be leaning out of the car shouting at her to stay awake, just trying to keep her going to the time when she had to be taken off the bike. That’s scary.

“Then you get out of the car and you realize you’re standing on the Navajo Trail in the middle of the night and there’s these fantastic smells coming from the desert.

“There’s no-one else, not another human being you’re aware of for miles and miles.”

Pillinger made history as the first British woman to complete RAAM in 2015.

She had come within 1,000 miles of the finish line the previous year before falling asleep on her bike, crashing and breaking her collar bone.

The 2017 edition starts Tuesday in Oceanside, San Diego, and to complete it, riders must have reached Annapolis, Maryland within 12 days.

For its 60 solo riders — there are also teams of two, four and eight — it’ll be a festival of force-feeding calorific snacks and drinks, snatched pockets of sleep and an acute examination of their mental and physical attributes.

“You’ve got to want to do it,” Magnus explained. “Shu’s probably not the best cyclist in the world so it’s an even greater achievement that there are better cyclists out there than her that have failed.

“She’s very strong willed, and an extremely determined and organized person in her mind. There were times when there were three of us in the support car on a 15-hour shift, it’s the middle of the night, we’re all starving and tired, and you’d lose something.

“Shu was the only person who knew where it was but you’re frightened to ask her because she’s been cycling for three days. You’d ask her and she would know. That’s part of her psyche, she’s not only involved it all of it, she’s on top of it.

“Perhaps that’s the type of personality you’ve got to be, a control freak who can trust your crew so that you can focus that tremendous mental and physical energy you need on the task.”

Pillinger’s team gleaned some valuable sleep data from her failed 2014 attempt that helped to power her success a year later.

It discovered that her best sleep cycle meant two or three 70-minute naps every 24 hours allowed her to function at her premium.

A 210-minute sleep would be her reward for hitting her targets in a 48-hour period, but after a slow start to her 2015 voyage, she was around five days into the mission before she qualified for one.

“It was brutal and very emotional,” Magnus said. “We realized she was behind time after coming out of the Rockies but you can’t tell her that, even though she’s a very clever woman and might have been aware of it.

“You’re deflated yourself, thinking ‘How can it be? We’ve done everything we can as a crew not to waste any time so she must be cycling a bit slower.’

“Then coming off the Rockies with the benefit of a slight tail wind and some renewed vigour, she cycled in the region of 500 miles in two days and turned it around.”

When Pillinger reached Ulysses in Kansas she was mathematically certain to finish — even if she kept going at her slowest predicted pace — providing she didn’t fall off.

That was far from a certainty given the pounding her body and mind had taken. Later she spoke of a “witching hour” that was littered with paranoia, déjà vu, and hallucinations that featured those goblins.

The realization that success was within her grasp led to an emotional release for all Pillinger’s support staff.

“It was a unique experience, all the crew were in the same place at the same time,” Magnus recalled.

“It may have been the first time in seven days she got her 210-minute sleep and I was the last one to get to sleep. I cried because I knew she’d turned it round from a situation where she might not succeed.

“I marveled at her mental strength as much as her physical strength. You form such bonds as a crew, being stuck in car for 15 hours with people you’ve only met just a few times before.

“Everyone was focused for her, focused for each other and there was very, very positive energy — the sort you’d like to take out of the atmosphere and stick in a bottle. It was raw, life-giving stuff.

“It was one of the great experiences of my life.”

For her next challenge Pillinger, who still commutes 26 miles by bike every day from her home in St Albans into London, will compete in the trans-continental — a 1,790-mile race from Belgium to Greece.

And this one has a twist — it is a solo mission, without any crew at all.