VIRGINIA BEACH, Va. - Virginia Beach Police were on the scene of a situation where a suspect who shot a police officer was barricaded inside of a home in the 1600 block of Ohio Avenue, in the Oceana Gardens neighborhood.

A police officer was shot just before 6:30 a.m. while attempting to serve a search warrant for the distribution of child pornography.

Police said they were in clearly marked vest covers that said 'POLICE.'

Two teams were on the property. One team announced their presence and breached the doorway to the garage, police said.

When officers made entry into the home, the suspect, who has been identified as 46-year-old Bryan Carl Cage fired at them. One officer was struck multiple times. Four officers returned fire and got out of the home. Cage then barricaded himself inside the home.

The suspect was taken to a local hospital where he was treated and released.

Cage has been charged with Attempted Capital Murder, Use of a Firearm in the Commission of a Felony and Malicious Wounding and is being held in the Virginia Beach Correctional Center without bond.

Residents were asked to stay inside of their homes as officers attempted to coax the suspect out peacefully.

It is unknown how many people were inside the home where the barricade situation happened.

The injured officer was transported to a local hospital and is expected to be okay. Two other officers also suffered minor injuries and both were treated and released. 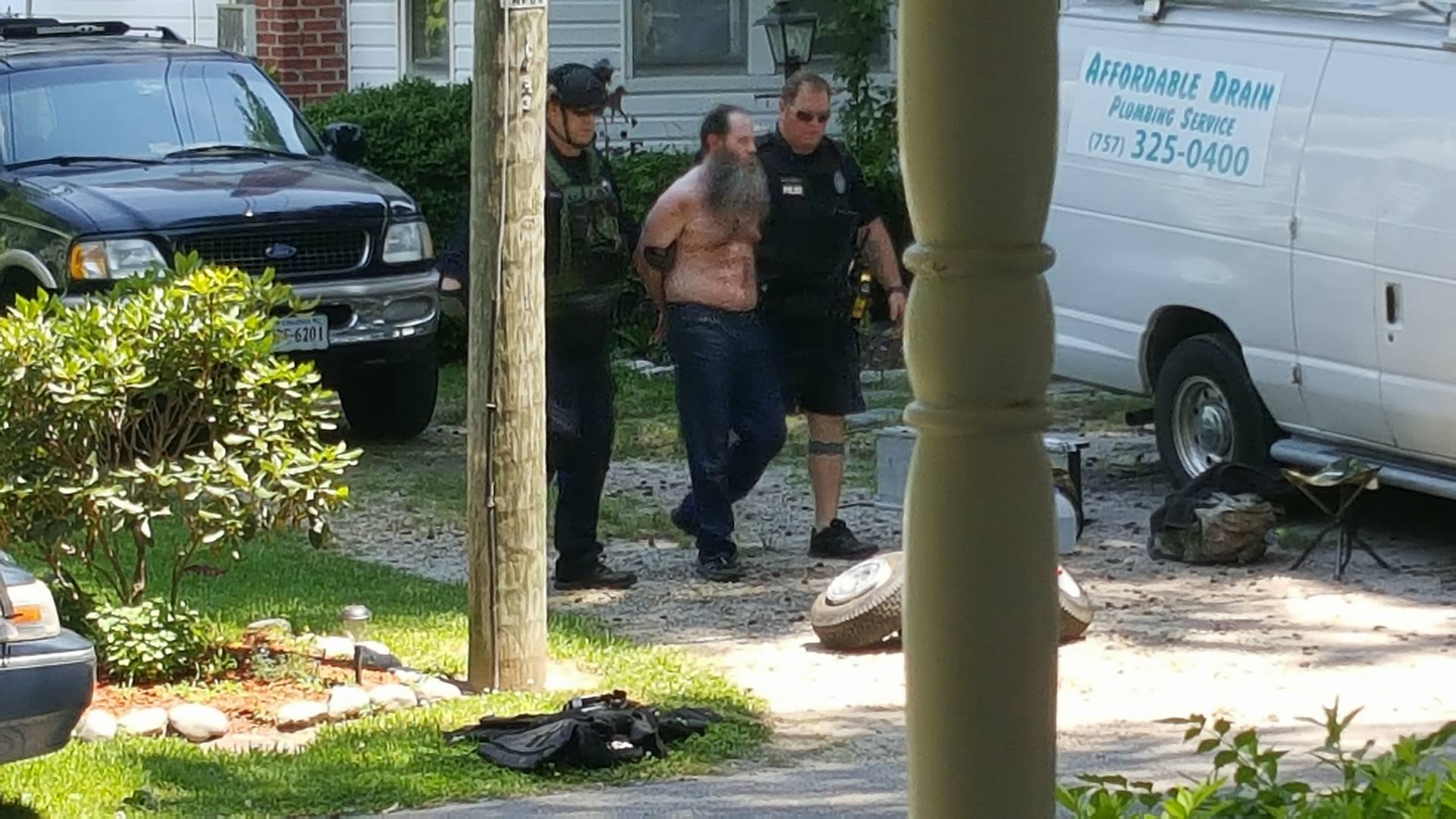