How to spot an ATM skimmer 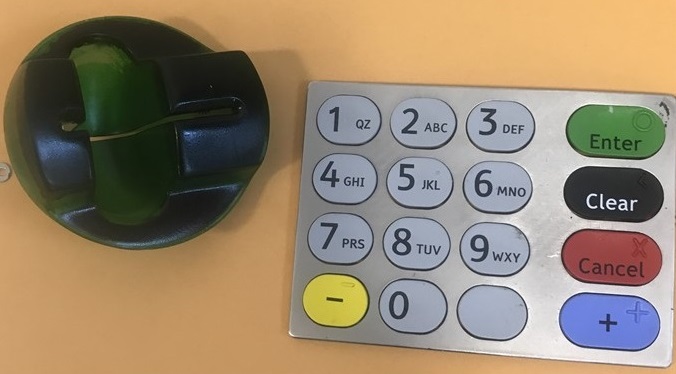 On June 9, a 7-Eleven employee was told something was wrong with the ATM inside the store at 735 East Ocean Avenue. The employee called police after noticing “extra parts” attached to the ATM. The “extra parts” was an ATM skimmer.

An ATM skimmer is a device used to record information from the magnetic strip off your debit or credit card. It’s installed over the existing ATM card reader. When you put your card into the skimmer, the device records your number from the magnetic script.

Some thieves will also put a hidden camera somewhere near the key pad to record your PIN. Some criminals put a fake PIN pad over the actual keypad to capture your PIN, eliminating the need for a camera.

After finding the skimmer at the 7-Eleven on East Ocean View Avenue, detectives were notified of another skimmer on June 12 inside the 7-Eleven at 420 Monticello Avenue.

In both of these cases, the criminals placed a skimmer and a keypad on each ATM.

Both skimmers have been removed. Police are encouraging people who used an ATM in that area to check their count for fraudulent purchases.

Detectives say ATM users should check for obvious signs of tampering or loose items near the card reader or key pad.

“Always assume that someone is watching as you type in your PIN, whether it is over your shoulder or through a hidden camera” Sergeant Steven Hodgis, supervisor of the Economic Crimes Division, said.  “Cover your hand when you type in your sequence number, even if you don’t notice a skimmer at the ATM, covering your hand will help keep your PIN safe.”

If you notice anything suspicious about the ATM, notify police immediately.

Detectives encourage anyone with any information about the ATM skimmers found at local 7-Elevens to contact the Norfolk Crime Line at 1-(888)-LOCK-U-UP.